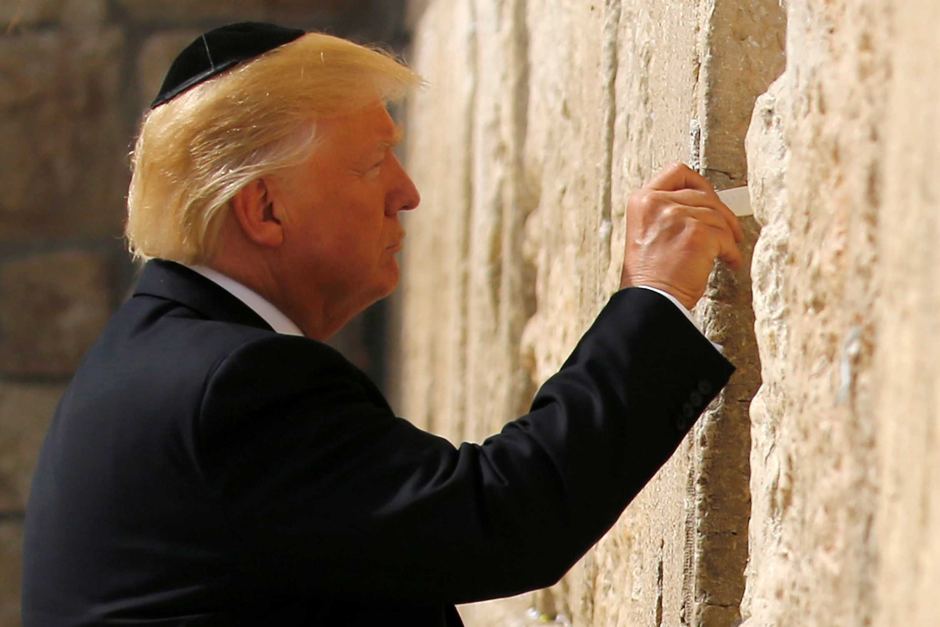 “It would be folly to assume that repeating the exact same formula would now produce a different or better result.” Trump: “today we finally acknowledge the obvious.. Jerusalem is Israel’s capital”

In 1995, Congress adopted the Jerusalem Embassy Act urging the federal government to relocate the American Embassy to Jerusalem and to recognize that that city, and so importantly, is Israel’s capital. This act passed congress by an overwhelming bipartisan majority. And was reaffirmed by unanimous vote of the Senate only six months ago.

Yet, for over 20 years, every previous American president has exercised the law’s waiver, refusing to move the U.S. Embassy to Jerusalem or to recognize Jerusalem as Israel’s capital city. Presidents issued these waivers under the belief that delaying the recognition of Jerusalem would advance the cause of peace. Some say they lacked courage but they made their best judgments based on facts as they understood them at the time. Nevertheless, the record is in.

After more than two decades of waivers, we are no closer to a lasting peace agreement between Israel and the Palestinians.

It would be folly to assume that repeating the exact same formula would now produce a different or better result.

Therefore, I have determined that it is time to officially recognize Jerusalem as the capital of Israel. 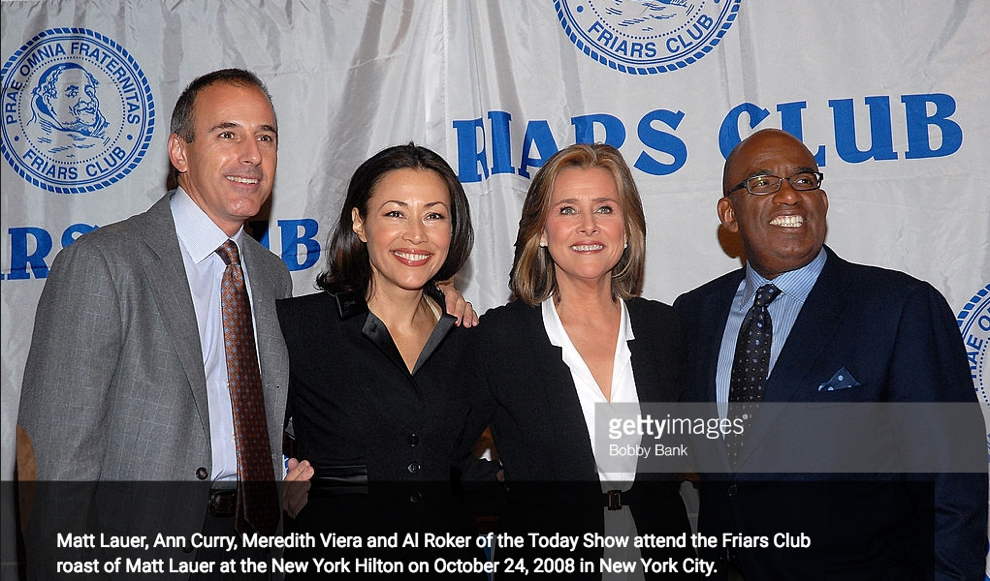 Meredith Viera Lauer’s Today costar started right in with, “That motherfucker Matt Lauer,” and got a big laugh. “I am amazed that I have time for this stupidity,” she said, pointing out that she does the Today show, Who Wants to be a Millionaire?, has three kids and a husband, and that’s a lot of balls to juggle. “Look at Katie Couric. She juggled Matt’s balls for six years. That’s three years per ball. She squeezed those suckers so tight, she left nothing for me. Thanks, Katie,” Viera said, but she was just getting warmed up. “People say he’s so prim and proper, like he’s got a stick up his ass. It’s not a stick, my friends, it’s Al Roker’s dick.”

I Made My Shed the Top Rated Restaurant On TripAdvisor –

Well, on the 1st of November, 2017, six months after listing The Shed at Dulwich online: It’s London’s top-rated restaurant. A restaurant that doesn’t exist is currently the highest ranked in one of the world’s biggest cities, on perhaps the internet’s most trusted reviews site.

The hidden side of the grocery store is that it is a zone of private fantasy and mental time travel.

Perhaps there is a particular dish that you want to make. You imagine making the dish and the ingredients that go into it, informed by memories of past cooking experiences and recipe texts. You try to match what is desired to what is available. Products themselves may trigger memories and desires. Cupcakes? Raw kale? You may reach for fresh Brussels sprouts motivated by a fantasy of your future self eating roasted Brussels sprouts; you may draw your hand back, remembering that you let the last batch go bad; you may buy them anyway, thinking, “this time.” If they go bad anyway, then in a sense, your purchase was not of Brussels sprouts as food, but of Brussels sprouts as a scaffolding for a particular self-fantasy. Weird time threatens the thingness of things. After Temporality

Seriously, you’d have to feed your baby lead paint chips every meal, drop her on her pointy head daily until it went flat, and shake that baby until her eyes rolled like a doll’s with every jiggle to begin to approach the level of pure, unmitigated c*ntish stupidity she manages to pack into just that brief minute and forty eight seconds of codswallop, claptrap, and fermented steer manure.

Obviously the invader stole a gun and murdered the white girl just for laughs, or out of hatred for whites, but regardless of the facts of the crime, even if he was innocent as morning dew, the emotional affect of the jury only makes sense if invaders murdering white girls for racial reasons is holy, socially approved, and high status.

You Can Never Go Back: On Loving Children’s Books as an Adult

Beginning with the eerie, distant majesty of Margaret Wise Brown’s Goodnight Moon, Handy moves toward the cold trauma of Beatrix Potter and poor hunted Peter Rabbit, before working up to the adult-verging antics of Laura Ingalls Wilder and Beverly Cleary’s Ramona. “Many of us say we loved Green Eggs and Ham or The Lion the Witch and the Wardrobe or Charlotte’s Web when we were young, but that’s often where the conversation ends, in a hazy, nostalgic glow—a seminal reading experience reduced to a yearbook page.”

The dictator is the center of rapt attention.

It is compulsory to look at him, and dangerous to show any emotional expression other than what the dictator is displaying. Faces surrounding a dictator mirror his expressions, but in a strained and artificial way. The Sociological Eye: FACES AROUND A DICTATOR: NORTH KOREA

Spiders are quite literally all around us. A recent entomological survey of North Carolina homes turned up spiders in 100 percent of them, including 68 percent of bathrooms and more than three-quarters of bedrooms. There’s a good chance at least one spider is staring at you right now, sizing you up from a darkened corner of the room, eight eyes glistening in the shadows.

It has come as a surprise to many that men, including older ones in positions of authority,

have been manoeuvring attractive young women into bed. Also, apparently, attractive young men. It would be too dark a secret to reveal that this isn’t always difficult; that so perverse is human nature that, exempli gratia, lively young women are sometimes attracted to staid, rich and powerful old men; or might even try to exploit them. Or that there may be teen-aged girls who don’t know what they’re doing. Or worse, who do. Of infamy & shadows : Essays in Idleness

Back when Trump started running in the primary, I started calling him The Mule, after the character in the Asimov novel.

For two years now, everyone who has dared to take on Trump has been blown to bits, usually by their own hand. It is quite remarkable. The arc of the Trump political career is littered with the obituaries of people who foolishly challenged him. The fact that Trump has maneuvered all of the main actors into the same box now, suggests he may have been way ahead of these guys all along. Theories Of The Crime | The Z Blog

Previous post: Long But Fascinating: The Kekulé Problem. Where did language come from?