The Last of the Finest 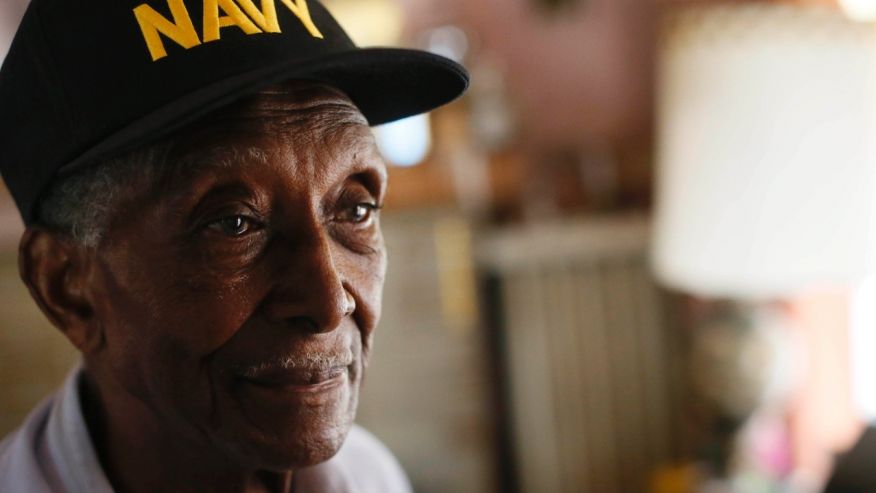 Four years ago on a bright warm 4th of July morning in Seattle’s Queen Anne neighborhood  I went to my local coffee purveyor on the corner to get my usual. As usual I got in line. In front of me was an American-Asian family with two little girls, a Lesbian couple I’d seen around, a young girl and boy who looked like they were just coming home from a long date’s night, a blond woman with her blond daughter, a Hispanic looking man with a toddler asleep in a stroller, and, of course, me, your average white guy.

As I stood there waiting for my coffee to be brewed I noticed a frail old man I hadn’t seen before sitting by the window looking at the people walking by outside. I’d put him somewhere in his late 80s with a face of keen features and arms that suggested an earlier strength but which now contained bones almost bird-like. He had a salt and pepper mustache carefully trimmed and calm eyes. He was wearing plain khaki trousers, and a beige short-sleeved shirt. On his head he wore one of those standard issue baseball caps that said “Navy.”

As I was leaving the coffee shop I stopped for a moment and said, “Excuse me, Sir, but were you in the Navy?”

“You’re welcome. There’s not too many of us left. Getting down to less than three million I understand.”

“I hope you have many more Fourths,” I said.

“Me too. I like it here. You know, except for the time in the Navy I’ve lived up here on Queen Anne all my life. It’s better here today, better in the country today. Not the political stuff. I don’t have much to say about that. But in the way we all live together up here now. It’s more different than it was. More kinds of people now. And that’s better.”

“I agree,” I said saying good bye. “And thank you and your whole generation again for giving me everything I’ve had all my life.”

“Any time,” he said, looking past me at a family of five that was bicycling past the window in the warm morning sun. “People always say it’s an honor to meet me these days. But they’ve got it all backwards. It was an honor for me to be of service.”

Previous post: The Japanese: Nuked Too Much, or Not Enough?