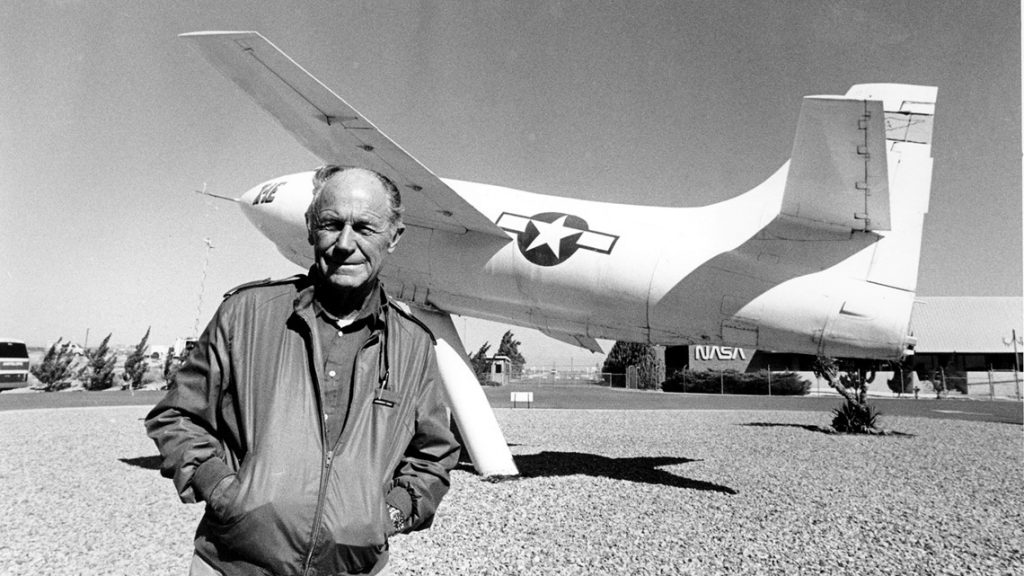 Chuck Yeager, the first pilot to break the sound barrier in 1947, poses in front of the rocket-powered Bell X-IE plane that he flew at Edwards Air Force Base.

I haven’t yet done everything, but by the time I’m finished, I won’t have missed much. If I auger in (crash) tomorrow, it won’t be with a frown on my face. I’ve had a ball.”

Yeager died Monday, his wife, Victoria Yeager, said on his Twitter account. “It is w/ profound sorrow, I must tell you that my life love General Chuck Yeager passed just before 9pm ET. An incredible life well lived, America’s greatest Pilot, & a legacy of strength, adventure, & patriotism will be remembered forever.”

One by one they appear in
the darkness: a few friends, and
a few with historical
names. How late they start to shine!
but before they fade they stand
perfectly embodied, all

the past lapping them like a
cloak of chaos. They were men
who, I thought, lived only to
renew the wasteful force they
spent with each hot convulsion.
They remind me, distant now.