While You Were In a Food Coma… 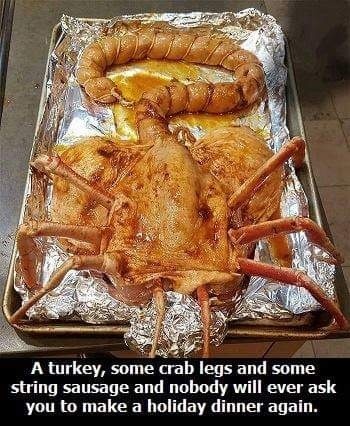 Maureen Dowd’s Brother appears annually in her column’s space. This is from this year’s Kevin Kontribution:  Opinion | Kevin Talks Turkey – The New York Times The Democrats have never recovered from the 2016 election when they nominated the worst candidate in political history and lost to a political novice. Their horror at Trump conjures Lady Macbeth crying in agony, “Out, damned spot.”

All of the Democratic candidates support Medicaid coverage of abortion and nominating only judges who endorse abortion rights.

As for the best and the brightest the Dems have to offer:

Warren/Sanders: If you combine the support of the two billionaire-bashing socialists, they lead the field. You might consider vacationing in Venezuela before committing to them or they could run together as the End of Days ticket.

Biden/Bloomberg: Like Bloomberg, Biden has been forced to grovel and renounce all past career accomplishments on crime prevention.

Harris/Booker: They’re having trouble lighting the spark, even with some black voters.

Klobuchar/Buttigieg: They are the two least crazy people in the field, which means they have absolutely no chance.

The Martin O’Malley Award to Beto O’Rourke for thinking a vague resemblance to the Kennedys, an Annie Leibovitz Vanity Fair cover and a 214,000-vote loss to Ted Cruz could carry him to the nomination. 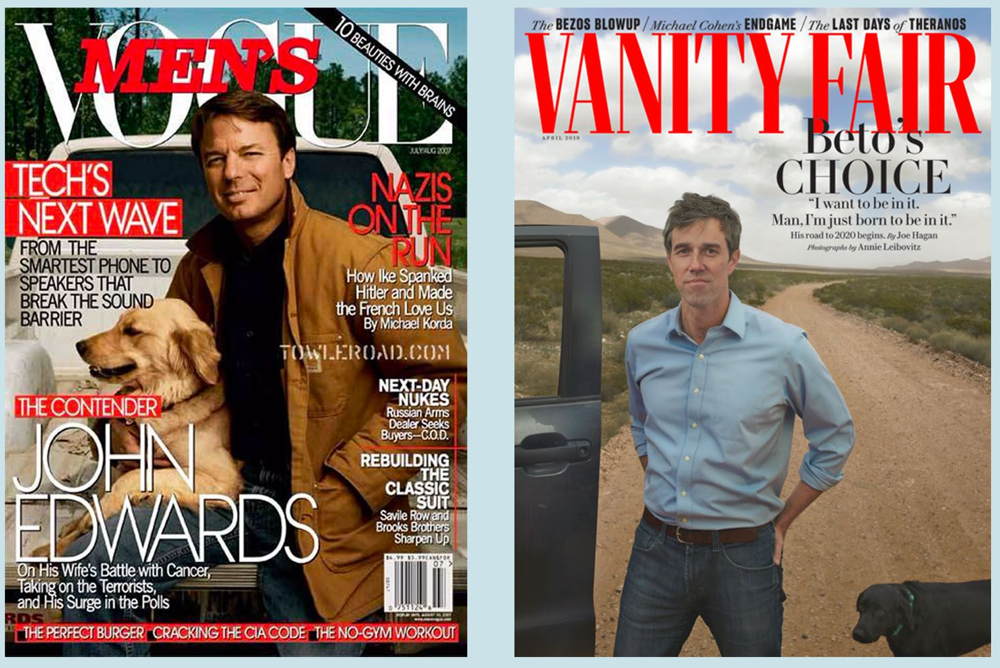 The Best Selling Books They Didn’t see coming Take traditional publishing –please, I don’t want it. It had massive power in the beginning of the twentieth century. What it didn’t want to be seen, wouldn’t be seen. But d*mn it, sometimes the pesky reading public still got one in, still managed to make something a bestseller they didn’t see coming, still insisted on reading things that the increasingly closed-circle-leftist group that ran publishing didn’t think should be read.  So they ate faster. They tightened the circle. They hired and published only true believers, and when the laydowns crashed (guys, in the 70s a 75k laydown was considered bad and would end your career. Now?  Well, selling 3k to 5k is normal. 10k will get you fawned upon.  Now, these are hard copies of course. Traditional is notoriously bad at tracking ebook sales. They also price them not-to-sell.  So, who knows?) They made up stories about how TV and movies and then games were taking the readers away. (It’s funny, though, because they’re somehow magically re-appearing in indie.)  And when that stopped working they tried to force what they wanted to be the only thing read by going to the self-patting system of ordering to the net and telling the bookstores what to order.  That is in an interesting state of collapse, and the Earth-shattering Kaboom won’t be far behind. 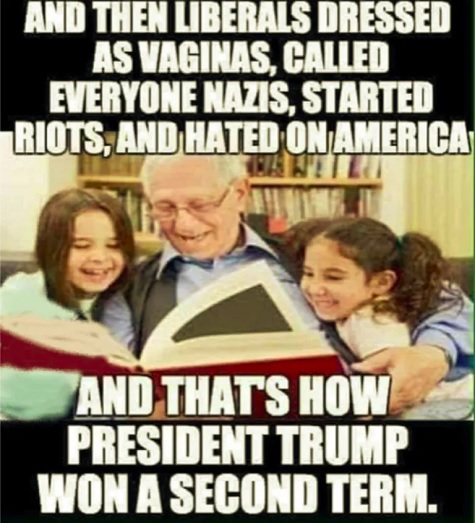 Andrew Sullivan: Every now and again, it’s worth thinking about what the intersectional left’s ultimate endgame really is — and here it strikes me as both useful and fair to extrapolate from Kendi’s project. They seem not to genuinely believe in liberalism, liberal democracy, or persuasion. They have no clear foundational devotion to individual rights or freedom of speech. Rather, the ultimate aim seems to be running the entire country by fiat to purge it of racism (and every other intersectional “-ism” and “phobia”, while they’re at it). And they demand “disciplinary tools” by unelected bodies to enforce “a radical reorientation of our consciousness.” There is a word for this kind of politics and this kind of theory when it is fully and completely realized, and it is totalitarian.

It’s beginning to look a lot like Kristmass is Japan:These Pierre The Penis’ Slippers Will Keep Your Feet Warm All Night Long 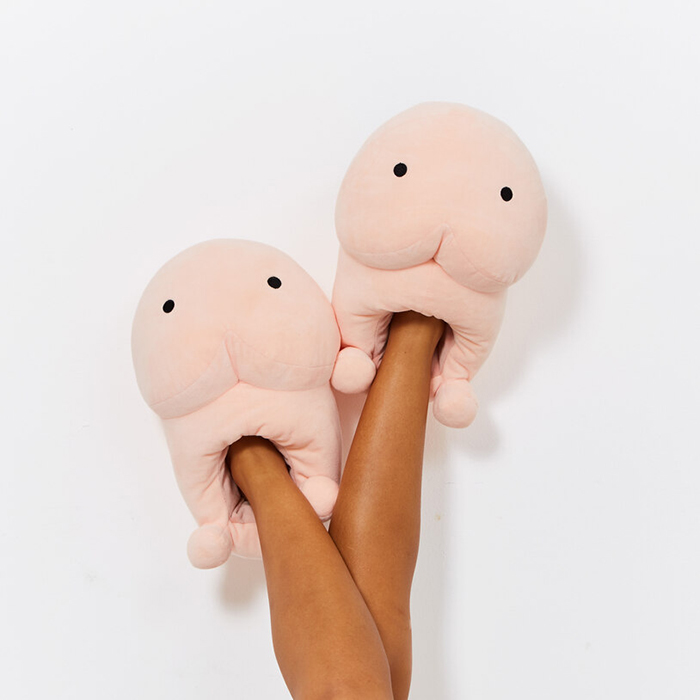 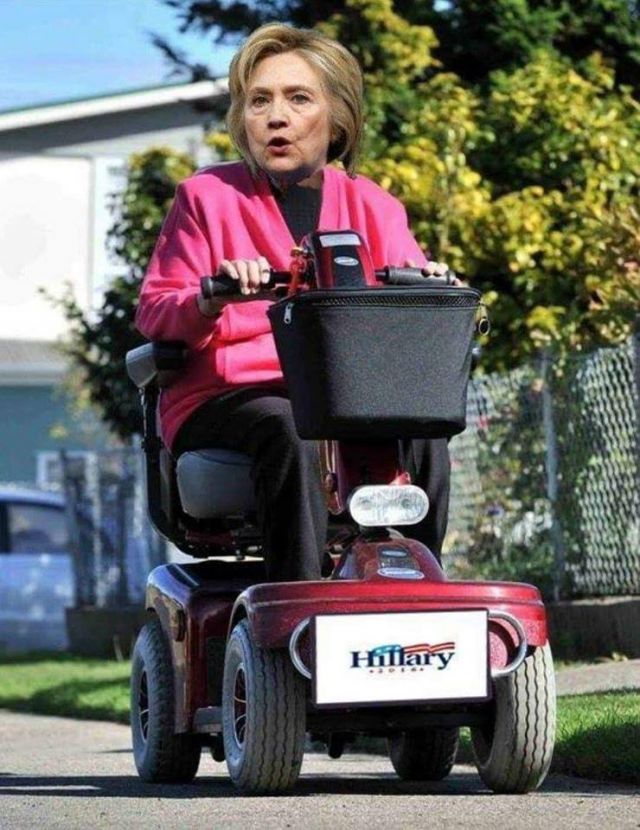 Moral superiority is what the leftist, PC mob is looking for, hence all the crap about toxic masculinity, white privilege, Gauguin’s pictures, even Randy Andy’s stupidities. People are not all fools, and they should see through the bullshit and react to it. These cretins trying to rule our hearts and minds are in the majority, alas, especially in American universities, where the proportion of liberals to conservatives ranges from 8 to 1 to as much as 70 to 1. Oh yes, I almost forgot: Jeffrey Epstein was a big, big liberal, as were most of his friends like that lefty lawyer Dershowitz. Andrew should start hanging out with right-wingers like myself, but in his case I’m not available. For some strange reason I prefer people with brains. 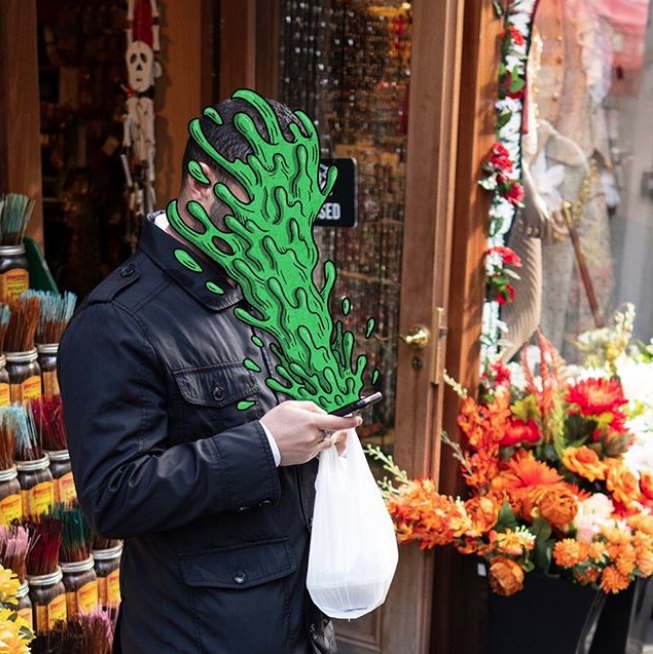 Clarence Thomas Says ‘The Modern-Day Liberal’ Tried To Stop His Career “Do I have like stupid written on the back of my shirt? I mean come on. We know what this is all about,” Thomas says in the film. “People should just tell the truth: ‘This is the wrong black guy; he has to be destroyed.’ Just say it. Then now we’re at least honest with each other.The idea was to get rid of me. And then after I was there, it was to undermine me.”

Rob O’Donnell on Twitter: ““When we raise taxes on the poor, it’s good because then the poor will live longer because they can’t afford as many things that kill them.” ~Nanny State Mayor Bloomberg https://t.co/23p443ieg4”

“When we raise taxes on the poor, it’s good because then the poor will live longer because they can’t afford as many things that kill them.”
~Nanny State Mayor Bloomberg pic.twitter.com/23p443ieg4

Donald J. Trump on Twitter: “I thought Newsweek was out of business?… “

I thought Newsweek was out of business? https://t.co/3ro4eSJloo

After being used to subdue a knife-weilding killer terrorist is London, the world asks   What Exactly IS a Narwhal Tusk?

Firstly, the narwhal’s tusk is actually an overgrown spiralized tooth and it’s one of only two teeth they’ll ever possess. In fact, if you were lucky enough spot a narwhal in the wild you may not even recognize it as a narwhal at all, since many of them lose their tusks over time (hence its mysterious and elusive reputation!). And while there are a few other animals that have similarly protruding teeth (like walruses and elephants), the narwhal tusk is unique still.

Essentially, it’s an inside out tooth. The narwhal tusk is incredibly sensitive on the outside, with up to ten million nerve endings on each one. In 2014, researchers even found significant changes in heart rate when alternating solutions of high-salt and fresh water were exposed to the external surface of the tusk. I imagine this as similar to that feeling you get with really cold ice cream on a sensitive spot on your tooth—you know—but way worse. How in the world does the narwhal survive with such a thing in the frigid Arctic waters?

HT: Will the Circle Be Unbroken? – Maggie’s Farm