When Police Go On Strike (or are disbanded) 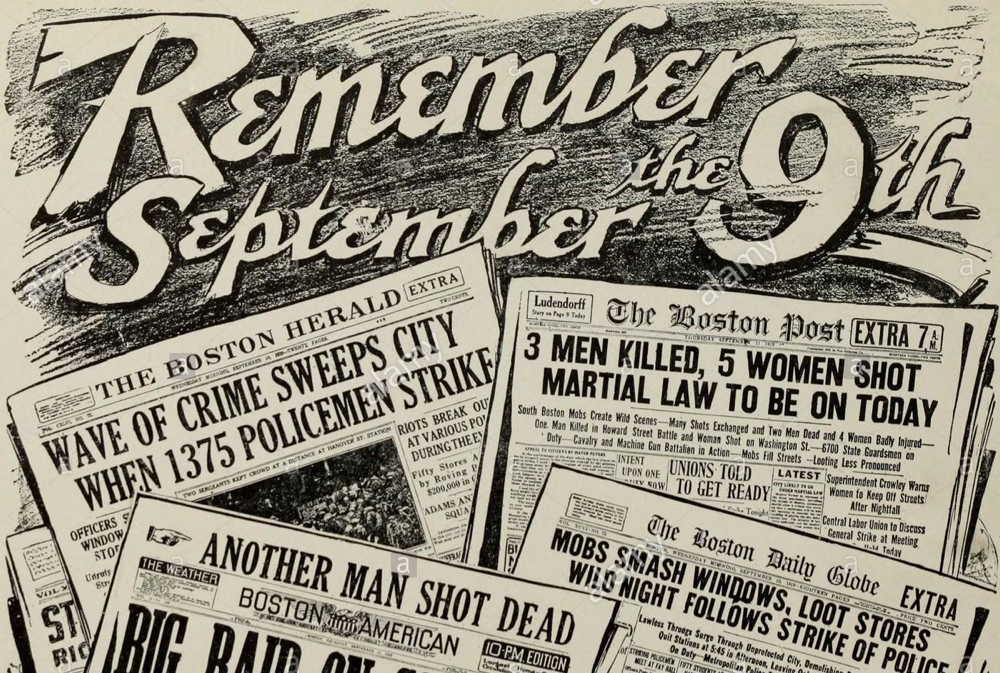 The Murray-Hill riot (also known as “Montreal’s ‘night of terror'”) was the culmination of 16 hours of unrest in Montreal, Quebec during a strike by the Montreal police on 7 October 1969.

Police were motivated to strike because of difficult working conditions caused by disarming FLQ-planted bombs and patrolling frequent protests. Montreal police also wanted higher pay, commensurate with police earnings in Toronto.[2] In addition, the Mayor of Montreal, Jean Drapeau, who had been elected as a reformer who had promised to “clean up the city” by cracking down on corruption, turned out to be no different from his predecessors, leaving many people disillusioned

Steven Pinker, the psychologist who was born and grew up in Montreal recalled how the wildcat police strike and the lawlessness that followed changed his views:

“As a young teenager in proudly peaceable Canada during the romantic 1960s, I was a true believer in Bakunin’s anarchism. I laughed off my parents’ argument that if the government ever laid down its arms all hell would break loose. Our competing predictions were put to the test at 8:00 a.m. on October 7, 1969, when the Montreal police went on strike. By 11:20 am, the first bank was robbed. By noon, most of the downtown stores were closed because of looting. Within a few more hours, taxi drivers burned down the garage of a limousine service that competed with them for airport customers, a rooftop sniper killed a provincial police officer, rioters broke into several hotels and restaurants, and a doctor slew a burglar in his suburban home. By the end of the day, six banks had been robbed, a hundred shops had been looted, twelve fires had been set, forty carloads of storefront glass had been broken, and three million dollars in property damage had been inflicted, before city authorities had to call in the army and, of course, the Mounties to restore order. This decisive empirical test left my politics in tatters (and offered a foretaste of life as a scientist).”

Minneapolis, looking like the aftermath of a war. pic.twitter.com/eEiF6gkJdL

Next post: The Chicago Way is lost on the little girl mayor of Chicago

Previous post: GAY TIGER-KILLER LOSES HIS ZOO: The (Non-Riot) Story of the Day