What size are Donald Trump’s? Bigger. 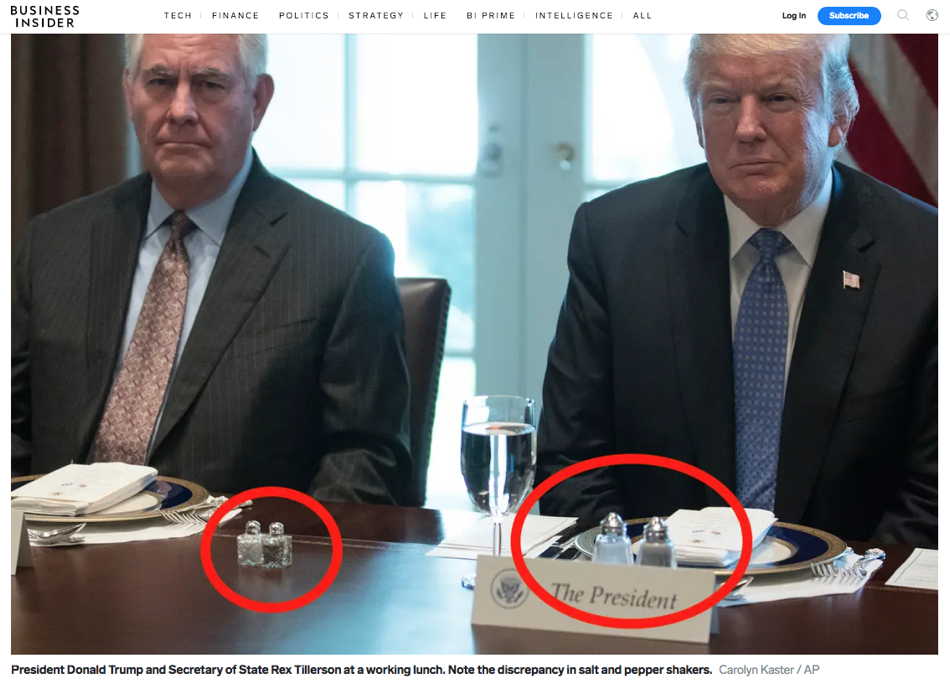 DIdn’t know that the President gets bigger salt-and-pepper shakers than anyone else at the table. pic.twitter.com/jJ0PhV9K4N

Mark Knoller, CBS News’ White House correspondent, pointed out how much bigger Trump’s shakers were in a tweet on Thursday.

Insider combed the photo archives and found that Trump more often than not gets much larger salt and pepper shakers than other foreign leaders or American politicians when dining at the White House. And we couldn’t find instances of Trump’s most recent predecessors using larger shakers than those of their guests. 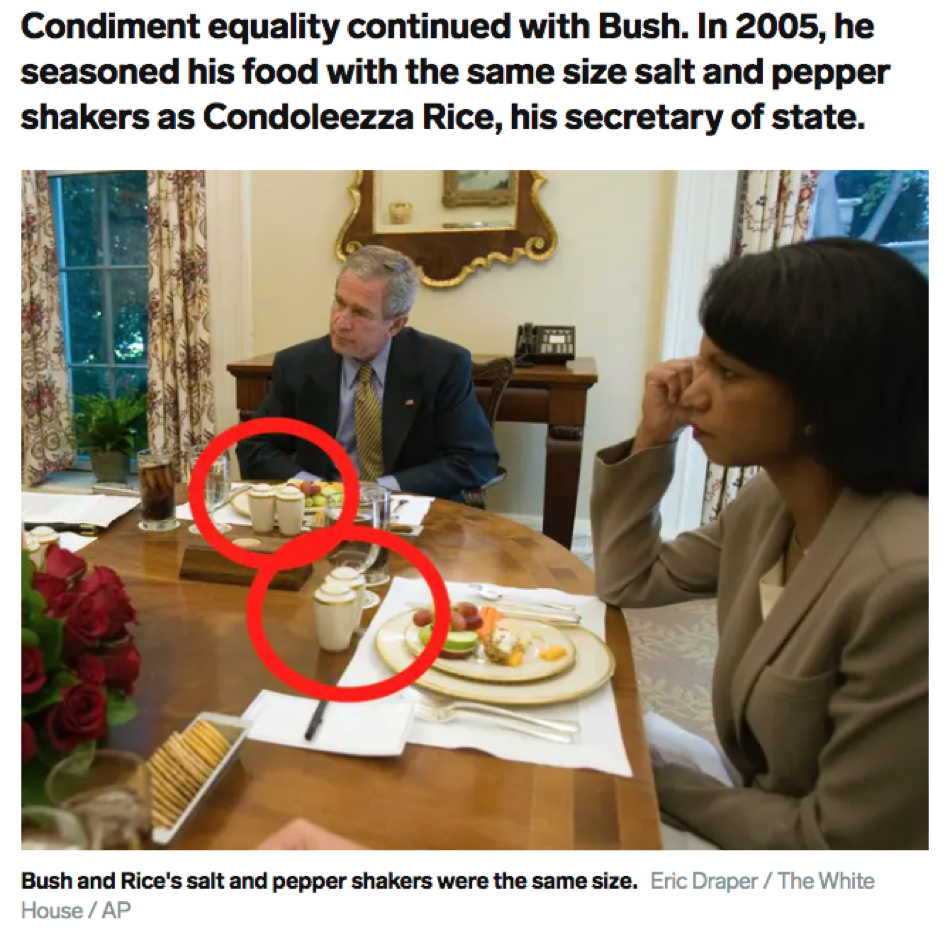 The large shakers might just be because he enjoys salty foods like KFC chicken, Big Macs, and bacon and eggs. But it could also be another power move, alongside his fierce handshakes and bulky suits.

These photos show how much bigger Trump’s White House salt and pepper shakers usually are than everyone else’s, and how they compare to those of Presidents Bill Clinton, George W. Bush, and Barack Obama. 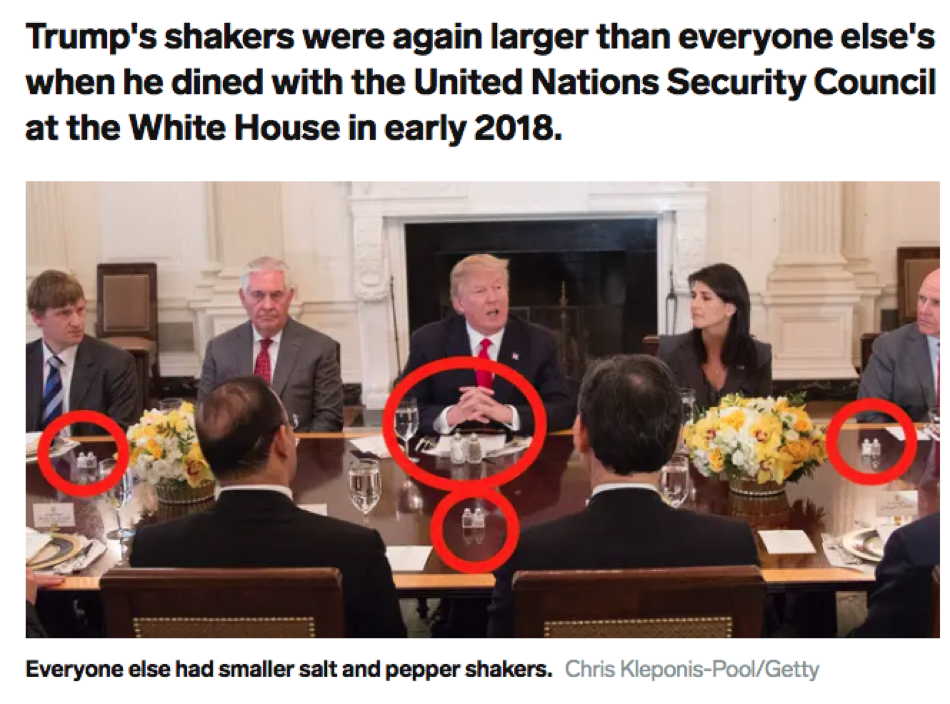 Previous post: Unlike all the other older generations who criticized the younger generation, we’re right.