What if D-Day Had Failed?: The Day Before the Longest Day 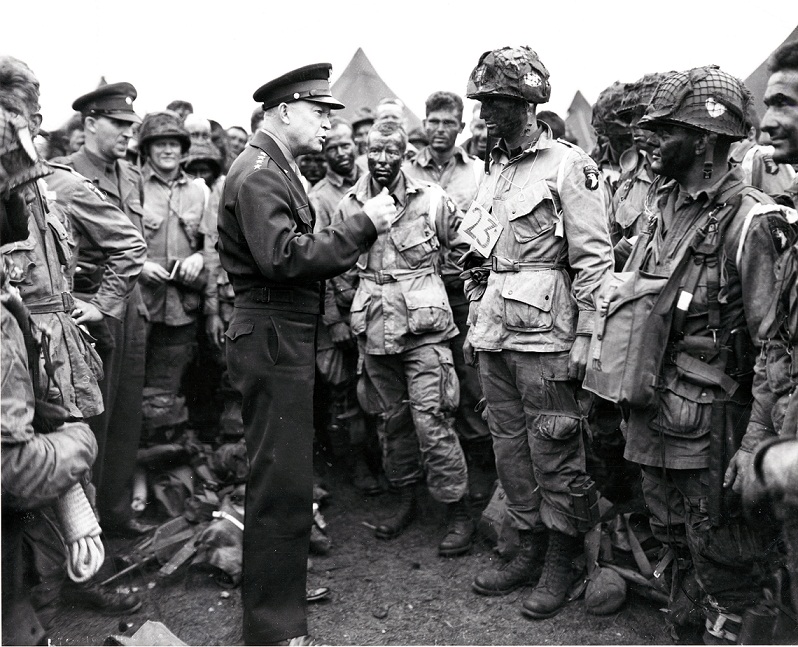 “Our landings have failed and I have withdrawn the troops. My decision to attack at this time and place was based on the best information available. The troops, the air, and the Navy did all that bravery could do. If any blame or fault attaches to the attempt it is mine alone.” — Dwight Eisenhower

Nothing was a sure thing on D-Day.  And now it is three-quarters of a century in the past. It is, for me, just two years more than a lifetime ago. Could anything like this, like this effort and this level of sacrifice for freedom, be done today?

I imagine that at some point in the not so recent past I would have given a guarded answer of “Yes.” In the present moment, with the nation seemingly overwhelmed on many levels with the dickless wonders that disguise themselves as men, I would have to answer “No.” Even among the younger men who are not planning to declare themselves as women long enough to win a weight-lifting or bicycle racing trophy, I don’t sense the kind of commitment to freedom and liberty needed to launch themselves on some foreign shores. In only 75 years we’ve gone from “The Greatest Generation” to “The Not So Great Generation” and hence to their weak and milksop children and now to their grandchildren of whom many are either testube babies or furbabies. 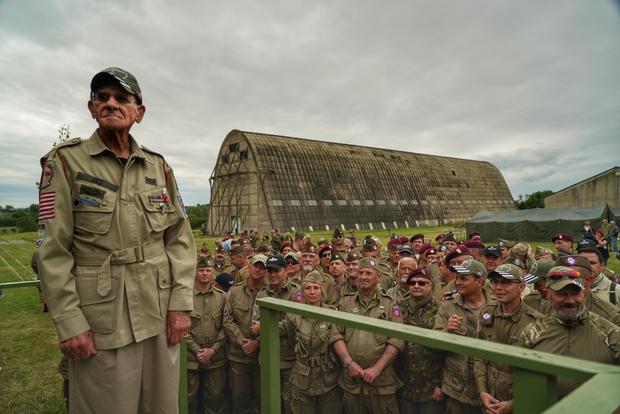 Via What if D-Day Had Failed? | Armchair General Magazine     What follows is not a fanciful supposition but a sobering look at the inevitable consequences of an Allied failure on June 6, 1944.

The truth is that it was never a certainty that Overlord would succeed. Of course, no commander undertakes a military operation of the magnitude of Overlord without confidence in its success. However, given the enormous obstacles that had to be overcome, Eisenhower unquestionably not only recognized that failure was entirely possible but also prepared in advance to accept full responsibility.

A brief look at the daunting challenge Eisenhower and his planners had to accomplish in 1944 reveals why failure was possible. If the D-Day landings were to succeed, each of the following criteria had to be fully met:

Plan and successfully carry out the largest amphibious operation in the history of warfare.
Land over 150,000 troops on D-Day by sea and by air on a strongly defended hostile shore.
Accomplish this while at the same time deceiving the Germans over where the Allies would invade.
Successfully execute this extraordinary operation even though – until the very last minute – the actual site of the invasion was the most heavily guarded secret on the planet, kept from all but the key invasion force commanders.

Individually, each of these prerequisites held the potential to fail; collectively, they represented a very high risk. World War II amphibious operations were all perilous. Sicily, Salerno and the numerous landings in the Pacific were all testaments to the complexity of such endeavors, particularly when the unpredictability of Murphy’s Law was added to the mix. The Sicily landings, for example, were plagued by numerous unexpected and unforeseen problems that included inexperienced transport pilots and lack of aerial discipline, so-called “friendly fire” from Allied ships at sea, high winds and smoke from fires burning on the island. Likewise, Salerno was nearly lost as the result of faulty planning and Mark Clark’s decision not only to ignore the advice of his naval commanders and forego a pre-invasion bombardment, but also to embark the landing craft from far too great a distance from the beaches.

Before the Normandy landings, D-Day was nearly postponed until at least July by bad weather and it was only thanks to the most important and accurate meteorological forecast in the history of warfare that Eisenhower was able to sanction its launch under minimally acceptable conditions.

On reopening the files on Overlord, 1944, one’s immediate reaction is: What a staggering risk! Across the years, it now comes across as a much nearer-run thing . . . than one had previously realized. There was absolutely no margin for error, and the penalties for failure would have been inestimable . . . With the brilliance of hindsight it seems inconceivable today that the Allies could then still actually have lost the war. Yet history has a way of springing surprises. There were at least three ways in which the OVERLORD landings could have been defeated: by misfortune, by lack of resolve or by a bad plan incompetently executed.

As we know, there was neither lack of resolve, a bad plan or incompetence in its implementation. Misfortune, however, was always the X-factor in the D-Day landings. As Horne notes, a sudden change for the worse in the weather could have swept away the invasion force much like it did the Spanish Armada in 1588. Rommel’s presence might likewise have made a difference. For example, it is doubtful he would have waited for Hitler to awaken late on the morning of June 6 to request permission to move the panzer reserves to the beaches. Moreover, even good plans go awry and each of these and other factors singly, or collectively, could have defeated the invasion.

Consider the consequences of defeat on D-Day. The Allies would have lost their almost irreplaceable fleet of landing craft . . . Britain would have sacrificed her last available army. It would have taken at least another year, well into the summer of 1945, before another invasion could have been mounted . . . largely by Americans . . . Hitler would have been developing his deadly new jet aircraft, and new technology would have enhanced the striking power of his U-boats. Possibly (though improbably) his scientists might have developed an atomic bomb. But, with certainty, Britain would have been hammered unmercifully by Hitler’s V-weapons, constantly increasing in numbers in the Pas de Calais and the Low Countries and largely immune to air attack.

By the late summer of 1944, the V-1 and V-2 “buzz bomb” attacks would have left Britain’s morale shakier than at any time since the Blitz. With the West temporarily neutralized, it is not inconceivable that the German Army might have fought the Red Army in East to some sort of bloody stalemate.

. . . if an Allied repulse on D-Day did not actually lead to some form of victory for Hitler, at best it would have meant another costly year of war, ruinous for Britain, the extinction of the last remaining remnants of European Jewry through completion of the Final Solution, culminating almost certainly with the employment of the first atomic bombs in the summer of 1945 — on Germany, not Japan. Sweeping through a ‘nuked’ Germany, the victorious Red Army would have stopped nowhere short of the Rhine. Lost to Communism, Europe, and the world, would have been a very different place today.

This chilling scenario and its dire consequences is all the more reason to reflect – and to marvel – at the success of the remarkable event which took place in Normandy that fateful June day in 1944 when valiant soldiers, sailors and airmen changed the course of history.

What if D-Day Had Failed? | Armchair General Magazine – We Put YOU in Command!

Next post: “There Was No Plan B” Another take on what would have happened if D-Day had failed