Walking On Thin Ice: A Sunday Mediation on Science and Religion 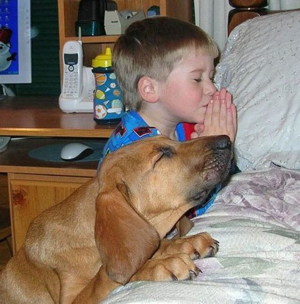 One phrase that starts to pin my BS meter is “Scientists Say.” First, you have this amorphous but supposedly YUGE! grouping of “Scientists.” Then this “amorphous but supposedly YUGE! grouping” is caught in the act of “saying” something in some sort of unison; a kind of vast Mormon Tabernacle Choir pronouncement that is “most scientific.” Sounds about as solid and stable as a bucket of eels. And just about as distasteful. This is especially true when the media gets a chance to debunk “religion” with “Because Science! Damnitall.”

Back in 2006, National Geographic got all heated up about biblical ice in the sea of Galilee and so let drop a “Scientists Say” chunklet: Jesus May Have Walked on Ice, Not Water, Scientists Say. I’m not nearly so objective. After I read the story, I thought it could more reasonably be headlined, Scientist Confirms Popular Theory That Most Scientists Are Atheistic Asses with Too Much Time and Money on their Hands, Sensible People Say

The New Testament says that Jesus walked on water, but a Florida university professor believes there could be a less miraculous explanation — he walked on a floating piece of ice…. Nof, a professor of oceanography at Florida State University, said on Tuesday that his study found an unusual combination of water and atmospheric conditions in what is now northern Israel could have led to ice formation on the Sea of Galilee…..

“If you ask me if I believe someone walked on water, no, I don’t,” Nof said. “Maybe somebody walked on the ice, I don’t know. I believe that something natural was there that explains it.”

“We leave to others the question of whether or not our research explains the biblical account.”

I leave to others the question of whether or not this research is worth diddly-squat. What is of broader interest is the present state of the secular mindset to all things religious.

Religious in the Christian sense, that is, since the current global climate of “Fear of Muslims” seems to have created a shortage of “scientific research” into the various miracles and powers assigned to Allah in the Koran. Indeed, given the reaction to a drawing of the Prophet with a bomb in his turban, it is not hard to imagine that even if a “scientist” were to notice “something natural that explains” Allah, his next thought would be something on the order of “Why should I put my head on the chopping block?” Jesus, being a more forgiving God, is a safer game.

Of course, it is, as scientists are wont to say, ‘only a theory.’ This ‘only a theory’ argument is common and is used in two ways.

When it comes to a central tenet of modern science, Darwinism for example, the word “theory” is used in a manner that merges it forcefully into the word “fact,” and a great deal of effort is put into why “The Theory of Evolution” really means “The Absolute and Forever Established Fact of How the World and Life and Everything Else Came to Be and Everyone Else Can Just Shut UP and Sit Down.”

Professor Nof opts for the Non-Denial Denial use of “Theory” in his paper. The Non-concluding Conclusion to his paper, “Is there a paleolimnological explanation for ‘walking on water’ in the Sea of Galilee,” reads:

Translation: “I just pulled the pin and threw the grenade in the building. Can’t blame me. I was just the hand grenade’s messenger. And, by the way, you may cower and abase yourself when you note the insertion of the word “paleolimnological” in the title. Makes it sound real solid scientific, don’t it?”

Nof’s entitled to his ‘belief’ in “something natural.” That belief system is not only the foundation of his career but of his self-limited life itself. And this self-limited view is, in a very real sense, his religion.

As far as the whole “Jesus walked on the water” issue goes, my own belief is: “I don’t know. I wasn’t there. I can’t seem to find the weather report from that day online. And there’s no videotape that I’m aware of. Just some eyewitnesses, with all that implies.”

I’m also aware of another theory that holds that the Star of Bethlehem was a supernova that just happened to show up in the sky at Christ’s birth. Arthur C. Clarke used this to good effect in his short story “The Star.” T.S. Eliot used it earlier in “The Journey of the Magi.” In a much less distinguished manner, I’ve even used it myself in Sunday Meditation: The Star where I noted, in passing,

All of this gets us back to pretty much where we are today where Christ is revealed to have been, at the very least, pretty good at ice-skating. And, with a supernova at birth and a frozen lake near the end, you would have to say, even as a secular scientist, that Jesus had a great sense of timing as well as a way with words.

Professor Nof seems to have a sense of timing and a way with words as well. I’m sure there are nods of approval and various other high fives constantly pinging into his email from other true believers worldwide. After all, it seems that the only thing that makes a bigger splash in Science these days than a cure for cancer is some bit of “cutting-edge research” (almost always with the aid of computer modeling) that either warms the globe or disparages religion.

I don’t look to Christianity to bring me the weather reports for tomorrow. At the same time, I don’t look to Science to ever, in its wildest dreams, reveal the core of the miracle and mystery of being a conscious entity who has been granted the gift of being able, in my better moments, to witness — even for an inch of time — the wonder of Creation.

I know that there are many zealots of the Secular Faith who will think the less of me for not being “tough-minded” enough just to face up to the fact that everything really is “purposeless matter hovering in the dark.” I know that habit of mind well. I wore it like a pre-fab Medal of Honor for many years. Then one day I had had enough of Nothingness and I sent it back.

Next post: Sane Russian Oligarch vs Demented and Drooling Democrat: We Report, You Deride