Walkabout: What a short strange trip its been.

Up at 5 AM drive to Sacramento Airport. Board a passenger jet…

“We are a full flight today”

Taxi to runway… flaps… throttle… humm? lift worked again. Always magic when we throw something the equivalent of six city buses off the ground to five miles in the air where we enjoy a cold beverage in the seats we bitch about.

I wonder how the land far below got all those geometric shapes….. land at John Wayne airport…. rent car and drive through Santa Ana onto the southern California freeway… oh my these drivers are serious about keeping no interval at all at high speeds.. change my driving attitudes… gotta get up and run with the big dogs... remember one bumper strip from years ago in LA: “WARNING: I RELOAD FOR TAILGATERS.”

En route, I note that on the freeway in Southern California — clotted with traffic at all hours people have evidently decided that the real speed limit is no longer 72mph but 80mph… and you need to move at that speed lest some tailgater push on you to close the gap, man, close the gap. There are too many cars in LA to brook any wasted tarmac on the freeways… Man, you gotta go… because if you don’t they’ll pave you over and crack on.

I crack on to the seacoast resort cited above to attend a reunion of all the staff that at one time or another worked on Pajamas Media where I was the Editor and Chief a lifetime ago heading straight for a fall.

No matter we’re all back here due to the gracious generosity of the backer. It’s surprising to see all the old original crew again: Richard (in from Australia), Nina, Ed, Austin, Jean, Glenn, and Simon and more. That pompous quisling at Little Green Footballs is not noted and missed less.

Cocktails. A fine meal sitting next to Steve Green (aka VodkaPundit) and his beautiful wife. This of course means trying to keep up with VodkaPundit so at a certain point my memory becomes fuzzy. I recall Aubrey relating the story of taking Joe the Plumber to Isreal where he became an important spokesman for United States foreign policy concerning Israel — although he knew nothing about it. Made more sense that a festschrift of diplomats bloviating blather at the UN. Ah… good times…

And then Glenn Reynolds and I turned on the dreaded orb of power previously used by Trump in Saudi Arabia. 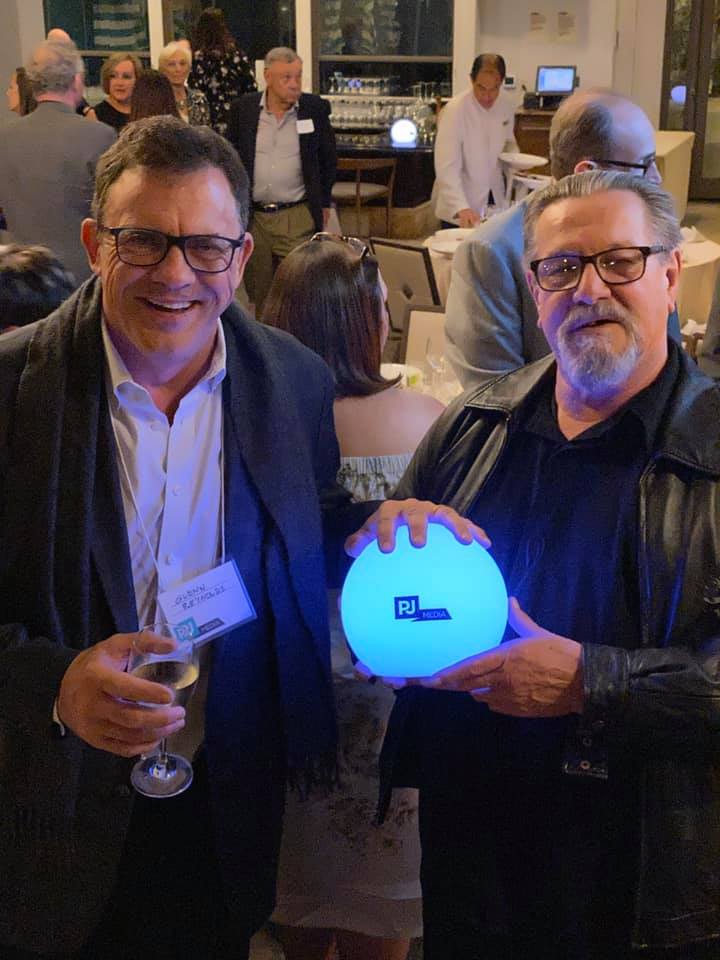 Reynolds:“ We sold the website but we kept the Orb Of Power. 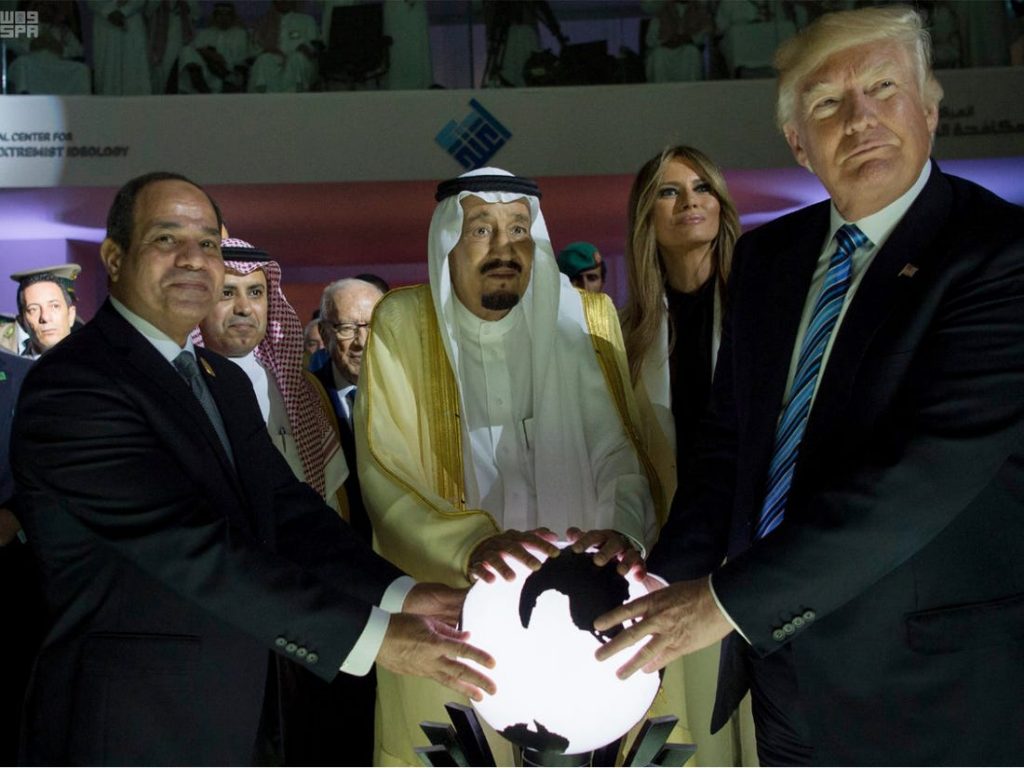 Next morning up and out and over the long, long, long mountain route into Palm Springs to see beloved relatives.

Today up and out early to strike for the coast around San Simeon and then up Highway 1 to Nepenthe and Big Sur….” The route goes through Barstow.

Barstow? That reminds of Hunter… ‘We were somewhere around Barstow, on the edge of the desert, when the drugs began to take hold.’ 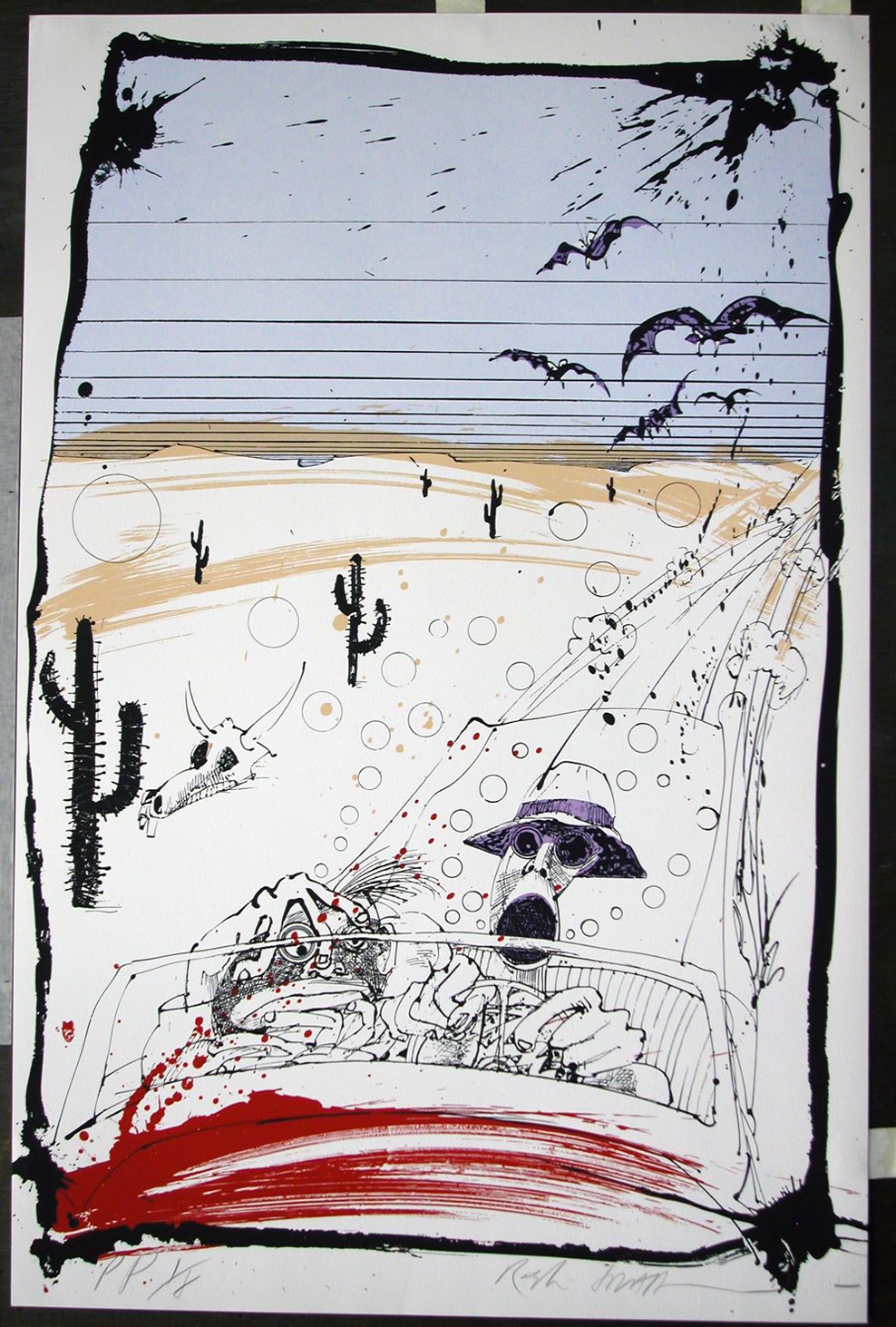 [… Did I ever tell you about Hunter Thompson, the revolver, the ceiling of Andres Restaurant in North Beach and his rental car? No? Remind me some time. Typical Hunter.]

But no…not Barstow again…too old for that kind of trip… divert to Palmdale and find ourselves in a cauldron of consumerism in which the original town of Palmdale has been dissolved.

PS: Taking a survey from inside the frozen traffic today I would like to officially announce that Southern California is full.

Previous post: The Ghosts of Paradise: In My Old Pew (Written on this day two years ago)