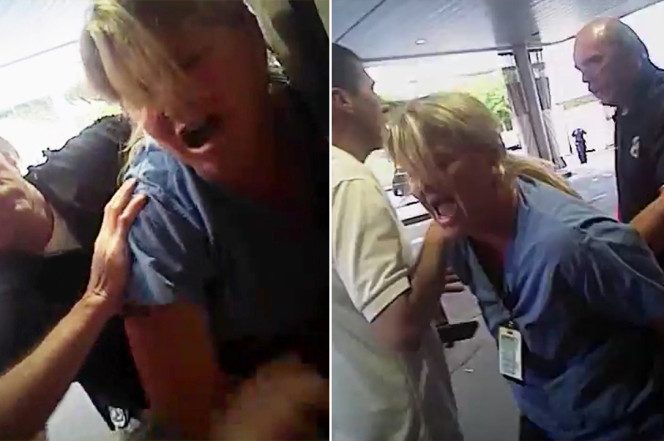 Try to remember the 3rd of September when cops were crude and vile and rotten: [Updated and Bumped] OUTRAGE OF THE DAY: This is the sort of thing that puts America’s law enforcement officers at risk – American Digest. Today that nurse got paid.

SALT LAKE CITY — A Utah nurse who was arrested for refusing to let a police officer draw blood from an unconscious patient settled Tuesday with Salt Lake City and the university that runs the hospital for $500,000.

The settlement covers all possible defendants in a lawsuit, including individual police officers, university police and hospital security guards. The payout will be divided among the city and the University of Utah.

Wubbels plans to use part of the money to fund legal help for others trying to get similar body-camera video. She said that in cases like hers, video is essential to being heard and believed.

“We all deserve to know the truth, and the truth comes when you see the actual raw footage, and that’s what happened in my case,” she said. “No matter how truthful I was in telling my story, it was nothing compared to what people saw and the visceral reaction people experienced when watching the footage of the experience I went through.”

Next post: The End of Science Fiction BY LISEL MUELLER