If It’s Tuesday There’s a Remus in the Woodpile 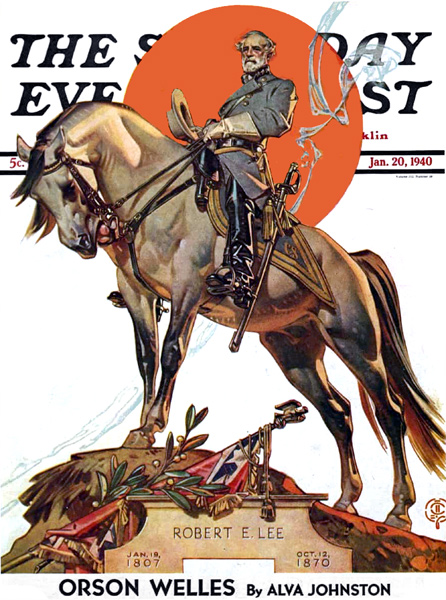 There was a time when we both honored our past and held our future in common. Why this should be reviled puzzles us of a certain age.

If it is Tuesday and you are looking for carefully curated and wisely commented links, do not look here. Look instead to Ol’ Remus at the Woodpile Report for some of the finest finds and commentary in the zone. Excerpt:

The FBI claimed it was “unable to further identify the person who actually made the comment”. Now we know why, because they didn’t ask. You can bet their attorneys are working up an excuse so noble it’ll bring tears to your eyes.

If published reports are true, the the Coral Springs police acted like men and deserve high praise from their community. The FBI revealed themselves as unworthy of our remaining respect, Sheriff Israel stands confirmed as a corrupt political poseur and some of his deputies are now exposed as cowards in cop costumes. Eric Holder Awards all around.

There are consequences. The chain of events leading to this massacre is so bizarre there’s a plausible appearance, however unlikely, of it’s having been unduly accommodated, perhaps even managed. The immediate and well prepared pivot to targeting political enemies adds to the suspicion, as do reports that vary from the accepted storyline and incidental details like this:

Chicago Tribune – “In the classroom where Mackenzie Hill had been hiding, police broke through the door. As the officers were guiding students out, they noticed something odd: One of the students had put on a bulletproof vest. The student said he’d been given the vest by his father, a police officer”.

With the Las Vegas shooting remaining opaque and suspicious, and facts about the Parkland shooting leaking out at a grudging pace, each revelation worse than the one before, it’s understandable people are asking questions they wouldn’t otherwise ask and entertaining competing narratives.

Next post: [Mistakes Were Made on This Item] Google Seeks to Control How You Shop to Save Your Life