Trump to The Broad Squad: Show Us How It’s Done in the Sh*tholes 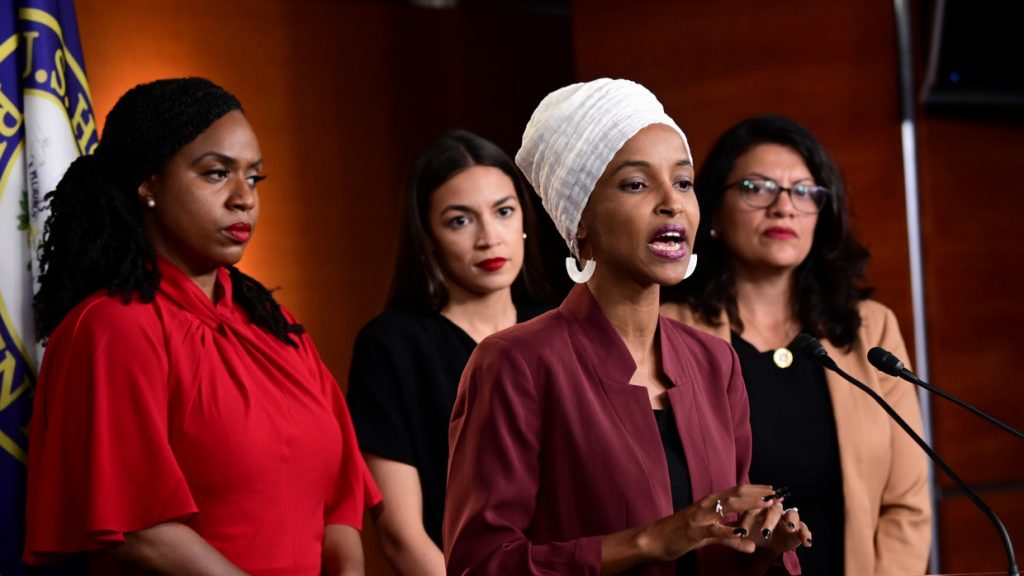 Presumptuously speaking for the United States of America the 4 women of color (although only 2 of them technically are), 2 Muslims (one head-wrapped, 1 not), 1 social media star from Westchester by way of Queens and one angry black Bostonian used the presser to audition for the future presidential sweepstake. Their credentials? They all harbor a degree of anti-Semitism, a hatred for America as it was founded and a fascination with socialism/communism. Aside from that the only thing they have in common is the fact that they all have big mouths. And that’s all it takes to be a star in Democrat politics these days since we’ve leveled the playing field.

CHASER: Trump Points Out The Obvious. Everybody Apparently Loses Their Damned Minds by Thomas Kendall | According To Hoyt

By all means, languish not in this intolerable Hellhole, ladies. The rolling sands of Mogadishu await. Well, await one of you at any rate. But AOC and Tlaib can take the long way round, assuming they survive landing in Mogadishu. Call it girl’s night out (of the country). If you aren’t just here to try to crawl to the top, institute radical redistributionist schemes, and then mysteriously have a lot of the wealth redistributed to you in the process of it being passed around “fairly”, the places your families ran from are available. Send us a post-card. You may need to institute a functioning postal system first, but damn it, I believe in you. If those countries won’t do, there are also dozens of countries where people have already crawled to the top, instituted radical redistributionist schemes, and mysteriously had a lot of that wealth redistributed to themselves, and… I can’t help noticing… they are also mainly shitholes. There would be a lesson there for you three, but I’m not sure I can break it down into the requisite monosyllabic words. I’d have to maybe find a way to express half a syllable in AOC’s case, which explains a lot about her, really.

Man those are really some repulsive snapper-mouths.

Next post: True but Forbidden 32: Who Is To Be Master?

Previous post: Want to Buy a Bob Ross Painting? You Can’t. (And Here’s Why.)