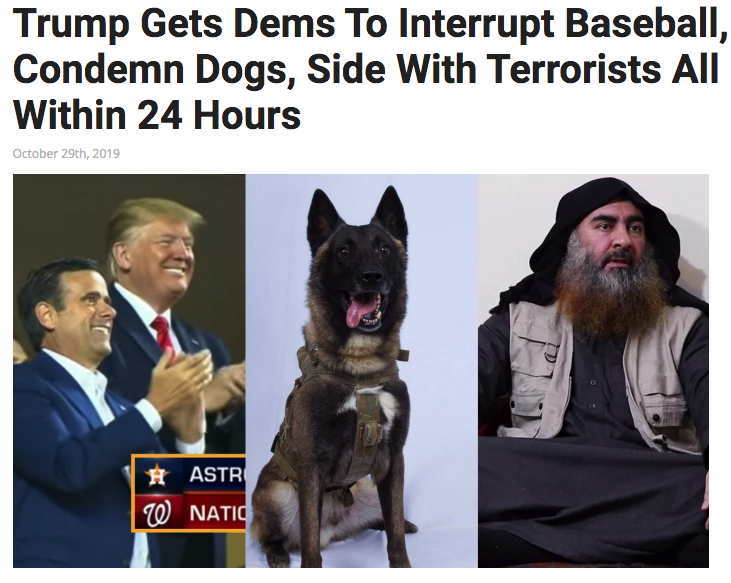 NO MERCY TO TERRORISTS you dumb bastards!

On California today: If I wanted to live with corrupt politicians, shit on my streets, incompetent bureaucrats, and intermittent electricity I never would have left India.

On Elsewhere: I may be missing something but it seems to me that saying “N-word” has become the new N-word for the old N-word.

On Creepy, Creaking, Crazy, and Crappy Candidate Bernie being so bright as to pose in front of empty grocery store shelves while advancing his socialist candidacy:

Snit Romney Mitt’s loyalty is to Mitt and the glory that he believes should come from his blazing Mittness. He started in Michigan, then was governor in Massachusetts, then ran for president, then thought about running for Senate from New Hampshire, then moved to rich guy central in La Jolla, then ran for Senate in Utah. He’s the establishment equivalent of the cheesy strippers who you see on Southwest flights from LAX to Vegas every Friday night, with little carry-bags for their g-strings. Except they have the self-respect that comes with knowing they didn’t earn their dollars shipping American jobs to Szechuan.

As the cartels’ power grows under Mexico’s current left-wing leadership, it will increase the supply of drugs and violence here at home. This is unacceptable. The wall is a good and necessary thing, but we may be forced to take more active measures, such as sending drones and troops into Mexico to root out direct threats to our homeland. There is some precedent for such measures in Blackjack Pershing’s raids on Pancho Villa. We cannot have chaos on our borders, and we should not tolerate the use of Mexico as a sanctuary for paramilitary drug cartels that would harm our citizens.

“If we extend unlimited tolerance even to those who are intolerant, if we are not prepared to defend a tolerant society against the onslaught of the intolerant, then the tolerant will be destroyed, and tolerance with them.  – Karl Popper

I.Don’t. Care. – Jack Donovan Some kid in Africa probably got his head sawed off with a butter knife while some chick named Shoshana experienced the nightmare of catcalling in New York City. No one cared, because they werent told to care. Given their perceivable social class and sex, the guys who were expressing their admiration for Shoshana have probably experienced far more brutality than being propositioned for sex. And no one cared when it happened. Shoshana is just the squeaky wheel who wants to be lubricated with your tears.

Imagining Donald Trump’s Future for America But what if he wins anyway? What if enough voters realize they’re being conned by the Democrats? What if enough voters decide they don’t want to feel like unwanted usurpers in their own nation? What if men and women of all ethnicities realize that despite the unrelenting avalanche of lies coming from the Left, America is a welcoming and inclusive nation and that the only way a society can stay healthy is by rewarding personal initiative?

What if a critical mass of independent voters were to conclude that, despite his pugnacity, President Trump cares about all Americans, and actually holds moderate, compassionate, common-sense positions? If these things happen, and they very well might, not only will President Trump get reelected, but control of the House of Representatives will return once again to the GOP. And if these sentiments sweep across the land, then politicians of both parties will realize it is time to stop fighting and get back to serving the American people.

On Mexican State Collapse: A century of relative peace along our southern border has left us complacent. We haven’t seriously thought about what it might mean if a nation of one hundred twenty million people with thousands of miles of land and coastal access to the United States went into collapse. From Culiacán, Sinaloa, to Nogales, Arizona, is one day’s drive.

American slavery then. Illegal immigrants today – Edited out of history for an American public with a bumper-sticker mind is that slavery was a product of the North. Slave ships in hundreds left from New York, Rhode Island, and Connecticut for Africa. When the slave trade was outlawed in 1808, Northern slavers sold contraband slaves to the South or to the godawful sugar-raising West Indies or to South America. The North grew rich from the cotton of the South, financed its plantations, and provided the slaves. Further huge profits came from trading in the products of the sugar plantations, which it turned into rum.

I may have underestimated the accelerationist resolve of middle-class white women.

They skipped pets entirely and went straight to destroying the genitals of their own children first.

Fuckers are on a time table, apparently.

It is always interesting, even risible, to me to hear Leftist white women sounding off about the ethical flaws of white men. Why? Because those ethical flaws of white men, like the virtual particles of quantum mechanics, appear to pop into and out of existence according to the needs of those white women. That is, when they are ready to marry and have children, those ethical flaws disappear and those white women rush to marry white men. But after they marry and are engaged in social activism, those flaws magically pop back into existence. Those same women talk about black (and other non-white) men, the “oppressed”, in dithyrambic tones reminiscent of Pericles’s Funeral Oration. There is the superior virtue of the oppressed as these white women would have it. And yet these white women almost never choose these “virtuous” black men as husbands but opt instead for the white men who are supposed to be irredeemably flawed (Original Sin). Why? Do any of you have the answer to this simultaneous equation?

Delete Matt Drudge Its time to delete Matt Drudge. Delete his entire body of work and the remnants of his insidious, nefarious existence. For decades people trusted his news aggregating website. Now the masses who trust him do not realize he is poisoning them slowly, insidiously & nefariously to death.

The operation that killed the degenerate #baghdadi was named after a real hero Kayla Mueller who despite the most horrific treatment at the hands of #ISIS displayed courage & selflessness while in captivity & refused to renounce her Christian faith. https://t.co/crjEvnDC3O

A giant state bordering the ocean keeps running out of water so I’m not surprised it also runs out of electricity. What I find incredible is the humiliating Orwellianism of calling “de-energization” for “vulnerable populations” what is actually “shutting off poor people’s power.” https://t.co/TNRNxwRn0m

— More– MOTUS A.D.: Governor Newsom Speaks Newspeak    Power to the People! Except of course in states that spend all of your money on electric trains to nowhere, subsidies for wind, solar and electric car (that run on, duh, electricity) companies instead of proper oversight of your Public Service Commission that is supposed to be providing oversight of the state’s public utility companies. In case I’m unclear: oversight would include verifying that the monopolistic companies are providing proper powerline maintenance/clearance to ensure their ability to provide customers with ongoing, uninterrupted power supply.

Part of the currently abandoned multi-multi-billion $ train-to-nowhere. Might have been better off spending all that money to build a wall and clearing utility powerlines.

“From ‘green energy revolution’ to “’de-energization’” (H/T Password is Taco) in just one administration! Remarkable! Governor Newsom speaks Newspeak, and he wants you to as well. Do. Not. Comply.

Next post: “On Average” Starship Citizenship in Starship Troopers

Previous post: At last an answer to the eternal question, “Who’s a good GIRL?”