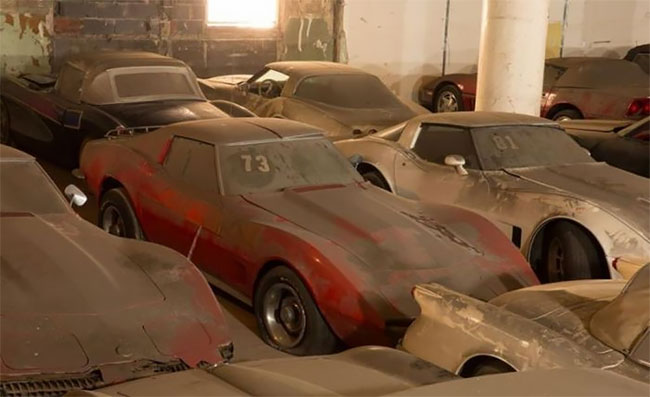 The Lost Corvettes: 36 Chevrolet Corvettes From NYC Barn Find To Be Raffled In Charity Sweepstakes They’re the Corvettes that time forgot. And 30 years ago, they were the ultimate prize in one of the most outlandish sweepstakes ever. A rare armada of 36 Chevrolet Corvettes has once again seen the light of day. The incredible fleet, which originally cost cable music network VH1 $610,000 in 1989 for a sweepstakes, has sat nearly abandoned in a New York City storage lot for about 25 years. 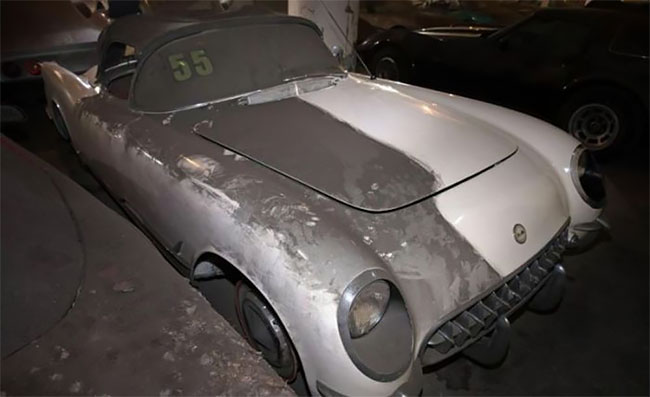 “As part of a vast social project of social leveling, it is not enough for the deviant to be normalized.  The normal must be found to be deviant.” — Charles Krauthammer

I almost felt sorry for the former special counsel The painful, pointless testimony of Robert S. Mueller III  Scary option: he was telling the truth. As I say, I almost felt sorry for Robert Mueller — emphasis on the adverb — and then I remembered how many lives that horrible fanatic had ruined over the course of his career and what he and his squadron of Trump-hating lawyers put the country through for the past three years.

Grubbing for Google Gold in GreatGreen Gobs of  Greasy Grimy Gopher Guts: Google employees complain about the most dull and insignificant details of ordinary life and are essentially imprisoned in a cave, as they blindly follow some nebulous authority, which gives them directives about how to act, speak, and most absurdly, how to interact with others. Why are they following these directives? Why are they professing obedience to a “thing” they deem to be all-powerful who is not God? Collectivism will always present itself as an existential and political problem. What makes it even more palpable and troubling, however, is its presence in America. Here it has grown and adapted to our cultural ethos, taking on a different form than in other countries. Here it’s not only a government seeking to take control over people’s lives, it is a combination of government institutions and private companies advancing their supposed freedom in the market. With their mixture of false ethics and unusual privatization practices, Google has taken on a form of a different kind of totalitarianism. We have to recognize it for what it is because that is the only way to fight its collectivist impositions.

And Then, of Course: Google Punishes Whistleblowing Engineer with Administrative Leave Hours after Google engineer appeared with James O’Keefe in a Project Veritas video, he was put on administrative leave by his company. In the video, Coppola said that he believed that Google News and Google’s search engine algorithms were biased. He also claimed that CEO Sundar Pichai’s testimony to Congress in December 2018 was not “true.”

More Creepy Pasta: These Super Realistic Custom-Made Pet Replica Masks Are A Sweet Spot Between Cute And Frightening Trying to think of a suitable gift that would show the reciprocation of all the affection we receive, Japanese Shindo Rinka found a solution that is, well… truly entertaining. For as little as 300,000 JPY ($2,781.60 USD), you can get a custom mask resembling your pet, and believe us when we say this, the resemblance will be uncanny. Shindo’s extremely realistic masks feel like a prompt from a retelling of ‘Little Red Riding Hood’, a retelling in which the granny, for reasons unbeknownst to us, is the one to put on a mask and pass herself as a wolf.

Rotten Rulers: The current elites are rotten to the core. They are irredeemable. There’s no talking them out of their corruption or appealing to their humanity, at least not until they are on the gallows. These are people who now define themselves in opposition to that which makes nations possible and makes a people possible. For the people of the West to regain their sense of self, to make countries into homelands again, it means replacing the current elites.

The Great Forgetting: These trends are combining to produce what the late Jane Jacobs called a “mass amnesia,” cutting Western societies off from knowledge of their own culture and history. Europe, the primary source of Western civilization, now faces a campaign, in both academia and elite media, to replace its art, literature, and religious traditions with what one author describes as “a multicultural and post-racial republic” supportive of separate identities.

Next post: Everything I Really Need to Know About Russiagate I Learned In This Two Minute Meuller Supercut