True but Forbidden 23: “You say you want a revolution, well, you know…”

Revolutionaries seek to create an earthly paradise by killing everyone who stands in their way. Execution thus becomes the sacrament by which the community is purified. Marxism is more rigorous and unforgiving than any religion in its call for total commitment to the cause, a standard of which all people must necessarily fall short.  Woodpile Report 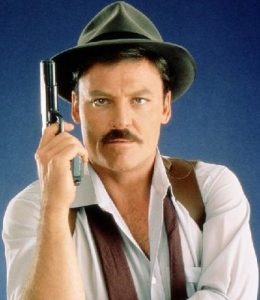 Mike Hammer had the right of it: “I killed more people tonight than I have fingers on my hand. I shot them in cold blood and enjoyed every minute of it. I pumped slugs in the nastiest bunch of bastards you ever saw and here I am calmer than I’ve ever been, and happy too. They were Communists, Lee. They were red sons of bitches who should have died long ago…”

Your status as a gun-owner/concealed-carrier needs to be a secret. Most relatives, co-workers, neighbors, even friends don’t need to know. Don’t talk about specific guns you may own, particularly military rifles. Maintain a low profile. Find other things to talk about! It’s coming… ZeroGov | Gray Man Ethics and Gun Culture by Bill Buppert

How Totalitarians Force Confessions From Innocent People |  When they had finished their confession, the dogs promptly tore their throats out, and in a terrible voice Napoleon demanded whether any other animal had anything to confess.

The three hens who had been the ringleaders in the attempted rebellion over the eggs now came forward and stated that Snowball had appeared to them in a dream and incited them to disobey Napoleon’s orders. They, too, were slaughtered. Then a goose came forward and confessed to having secreted six ears of corn during the last year’s harvest and eaten them in the night. Then a sheep confessed to having urinated in the drinking pool−urged to do this, so she said, by Snowball−and two other sheep confessed to having murdered an old ram, an especially devoted follower of Napoleon, by chasing him round and round a bonfire when he was suffering from a cough. They were all slain on the spot. And so the tale of confessions and executions went on, until there was a pile of corpses lying before Napoleon’s feet and the air was heavy with the smell of blood. 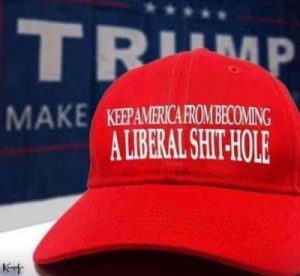 Maken Engelond Gret Ayeyn |  How the contest between free trade and protectionism sparked fervor and unrest in medieval England.

Nation Actually Kinda Proud Of Liberals For Finally Being Honest About Their Position On Abortion “At least they’re being upfront about how abortion is murder now. It’s a step in the right direction. Before, they’d pretend it was healthcare or women’s rights or something. It’s good to hear some truth from the left for once.”

In one study, participants were asked to decide between two similarly qualified hypothetical college applicants—a black student with a higher GPA, and a white student with a tougher course load. Participants chose the black applicant, citing the importance of GPA. But when researchers switched the resumes so that the white student had the higher GPA and the black student had the tougher course load, participants still chose the black applicant, this time citing the importance of taking tougher classes. In both cases, participants denied that race had anything to do with their decision. The High Price of Stale Grievances –

Gaffe machine Biden strikes again Yesterday, Joe Biden claimed that 14 foreign leaders have called him to “voice concern” about President Trump. Among the 14, he said, was Margaret Thatcher. Lady Thatcher died in 2013, thus missing out on the Trump presidency.

Small stakes online poker, explained by an expert –   I’m known as being that microstakes guy that played two million hands of one-cent/two-cent. But everyone has to be known for something in life, right?

The Right-Wing Grifter  Therefore, the first job of the politician is to convince you he is not morally unfit. To do that he tells you the thing you most want to hear about politics. You are right and your opponents are morally wrong. This feature of democracy is why such systems are quickly overwhelmed by sociopaths and dangerously unbalanced lunatics.

Hillary Clinton’s 2016 loss is now blamed on Jon Stewart We’ll all be able to hear more about this in Frau Pantsuit’s next memoir, “7,573 Other Reasons I Lost That Totally Were Not My Fault, You Ungrateful Pissants.”

Next post: Aww, poor widdle babies: Burger King provides “special” meals to snowflakes who have to leave their “safe spaces”