True but Forbidden 20: Remember, “Rome was not burned in a day.” 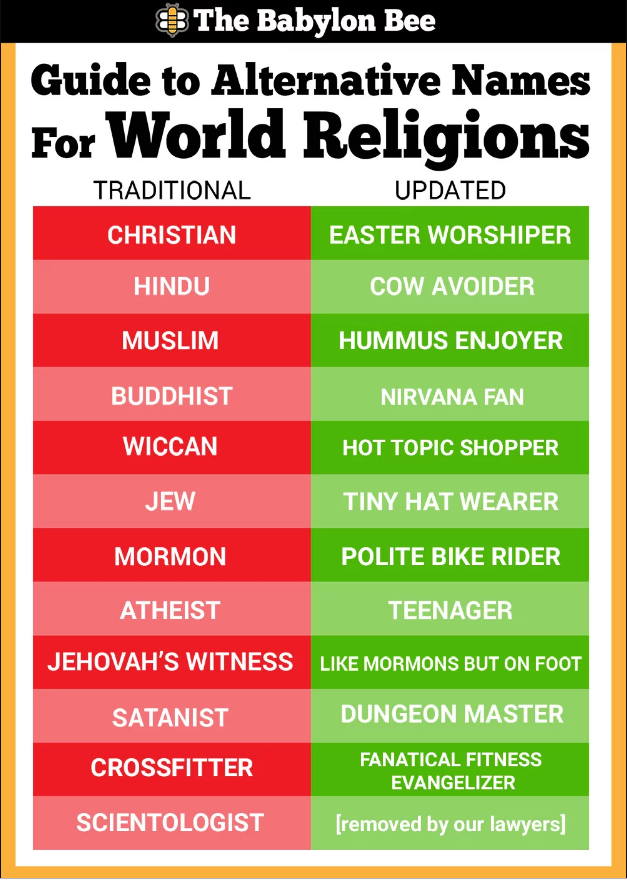 Nothing spells empowerment quite like being a wage slave to global capital. Go to college, gain twenty pounds, take a dozen or two (or more) guys to bed, maybe get a masters, learn to loathe your family—especially your father—and the culture you grew up in, move to the city with your six figures in debt to start work in HR for GloboHomo, Inc., struggle to pay a two thousand dollar a month rent for a glorified broom closet, gain ten to twenty more pounds, take another dozen or two (or more) men to bed, experiment with a few chicks, wake up and you’re thirty-three, swiping through Tinder for the man of your dreams, no kids, a thousand miles from your immediate family, making $40,000 a year. You’ll have to get some new clothes soon, the waistband is getting a little tight on your jeans (again). Some hair-dye, too, because you’ve noticed a few grays around the temples. You haven’t been able to pay off your student loan debt yet because the interest keeps accumulating. You were passed up for a promotion at work in favor of a mulatto tranny who’s been there a quarter of the time you have.

In the crisis that befell us, metrosexual males who recently obsessed over their own appearances couldn’t even protect themselves, much less any stray women, orphaned children, or the lost elderly of their extended clans. These pitiful Peter Pans perished outright, or they were captured and enslaved, abused without mercy, and finally consumed for food. Mohicans every last one, their tribes were not even mourned in extinction, because they were already launched upon a voluntary-human-extinction project even before the electronic coup de grace was applied.

Democrats: Now That We’re Finished With the Mueller Probe, We Can Finally Tackle the Flat Earth Issue   “Outside of a little Russian dressing on a salad and Trump’s unkempt hair looking like a blond ushanka, I guess we always knew the evidence for a Russian connection was kinda thin. But you know what’s NOT thin? The evidence for the Earth being flat! Look out your window. Does the horizon curve down at the edges? Nope! Straight line! Let’s see you redact THAT, Bob Barr!”

In the meantime, there is the nation’s business which has been hopelessly burdened by an hallucinatory overlay of Wokester idiocy emanating from the campuses, so that even in the absence of the Mueller distraction every organized endeavor in this land from-sea-to-shining-sea is paralyzed by race-and-gender hustles. Next up: a national debate over reparations for slavery in the never-ending quest to monetize moral posturing. Won’t that be a mighty string of knots to untangle? Who qualifies, exactly? What about the indigenous people whose lands were overrun? And what about the Japanese interned in 1941? And what about women prevented from earning salaries all those lost decades of housewifery? And what about the brown people from many lands whose families did not come here until slavery was a long time gone? Do Silicon Valley engineers from India, and thoracic surgeons from the Philippines have to pay up for the sins of Whitey?

The Trump Doctrine Internationalism, as I see it, is a philosophical/political doctrine that demands the ceding of large amounts of national sovereignty to foreigners. I believe we can minimize the amount of sovereignty we cede even in the context of economic globalization. I also believe our democracy depends on doing so.

On the aftermath of The Meuller Report:

The Prosecution Of Julian Assange Is Infinitely Bigger Than Assange The entire world is watching what is being done to Assange currently. No matter how propagandized you are, no matter how much you hate the man personally, you’re watching that happen and learning a lesson from it. And that lesson is, never do anything remotely like what that guy did, or you’ll meet the same fate. This is the real goal of Assange’s persecution, and it doesn’t impact merely one Australian publisher in a UK jail cell, nor even merely the investigative journalists around the world who are interested in practicing the lost art of holding power to account using journalism, but everyone in the world who consumes news media. 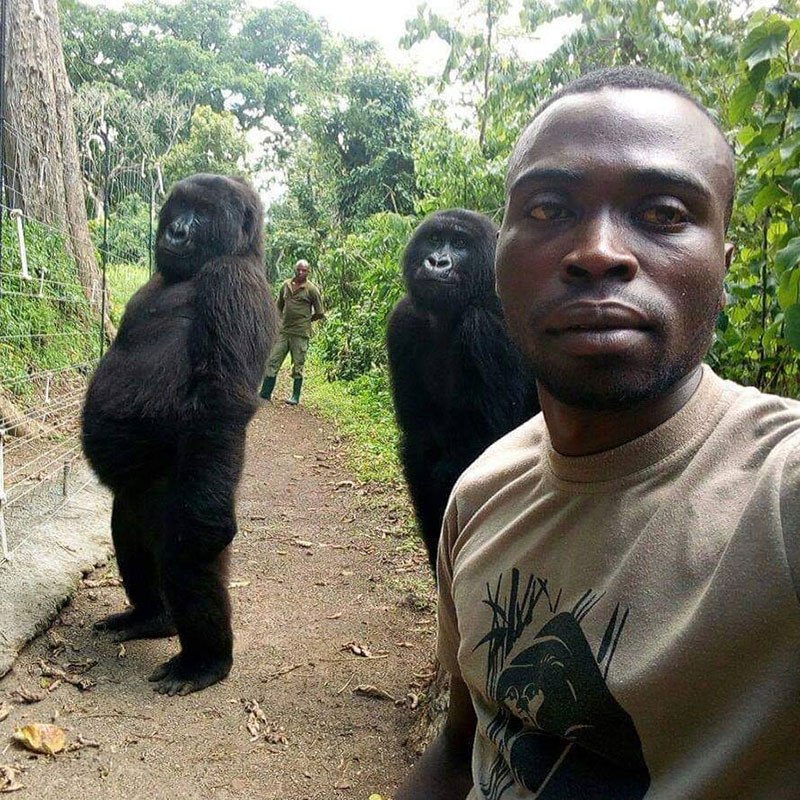 U.S. ROUTE 395 is a geologic master class disguised as a road. It runs north from the arid outskirts of Los Angeles, carrying travelers up to Reno along the eastern flank of the Sierra Nevada. On the way, they pass the black cinder cones of Coso Volcanic Field and the eroded scars of a mighty 19th-century earthquake near Lone Pine. In winter, drivers might see steam rising from Hot Creek, where water boils up from an active supervolcano deep underground. About an hour from the Nevada border, Mono Lake appears, with its bulbous and surreal mineral formations known as tufa towers. Even for someone with no particular interest in rocks, these are captivating, otherworldly sights.

At its core, progressivism is a philosophy of death. Despite all of its high-minded rhetoric about human rights, equality, fairness, grrl power, and liberation from oppression (all of which, by the way, it pretty much stole from the Christian church), progressivism is really nothing more than a demonic suicidal death cult. That’s all it ever is, and ever can be. And when there’s nothing else left to murder, it will turn on itself.

The Trump Doctrine For all its bluntness and simplicity, America First is, at its root, just a restatement of this truth. Countries putting their own interests first is the way of the world, an inexpugnable part of human nature. Like other aspects of human nature, it can be sublimated or driven underground for a time –but only for a time. You may drive out nature with a pitchfork, Horace said, but it keeps on coming back.

To Conquer Chaos, Court It Moscow and Beijing have a firmer and more fundamental grasp on realpolitik: play all sides against each other, keep the locals distracted, and rarely take sides, while waiting to see how the pieces fall before fully asserting one’s own will.

On the seventh day of creation As we walk the streets and see below us those delightful bulbous heads, three times too big for the body, which mark these human mushrooms, we ought always primarily to remember that within every one of these heads there is a new universe, as new as it was on the seventh day of creation. In each of those orbs there is a new system of stars, new grass, new cities, a new sea. –The Defendant (1901)

The Bolshevik Revolution was supposed to end up in a dictatorship of the proletariat, but instead resulted in a largely urban dictatorship of the nomenklatura, a term, derived from the Latin nomenclatura, meaning a list of names. The suggestion was that it was hereditary, rather than meritorious. Trotsky referred to it as a caste, rather than a class, as it looked more like the old Tsarist order, rather than something new. The managerial state described by James Burnham, has evolved into a similar sort of ruling caste.

Modern-Day MLK Jr. Has Dream That One Day Everybody Will Be Judged By The Color Of Their Skin “One day, everyone in this nation will simply look at a white person and know immediately they’re part of the problem. They can also look at a minority and realize that person is righteous because they are oppressed by systems of whiteness.”

Unexpectedly, a Lesbian Vegan Restaurant Which Charged a “Man Tax” of 18% to Compensate for the Pay Gap That Doesn’t Exist Is Shutting Down Today’s special is grievance! Yum! 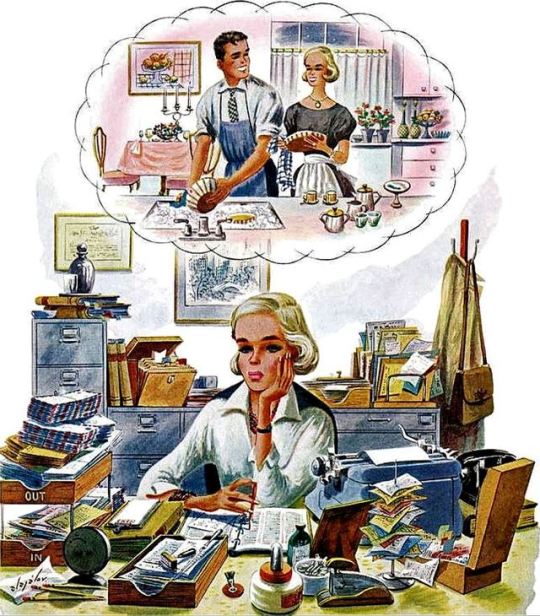 Next post: “There is no substitute for how the industrial economy runs today.” Bill Gates Slams Unreliable Wind and Solar Energy