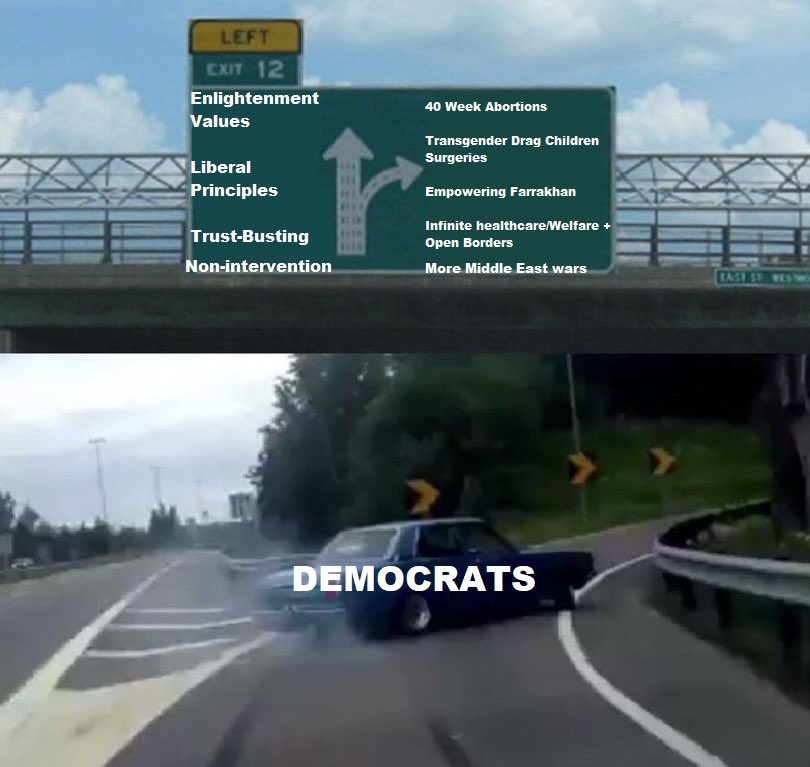 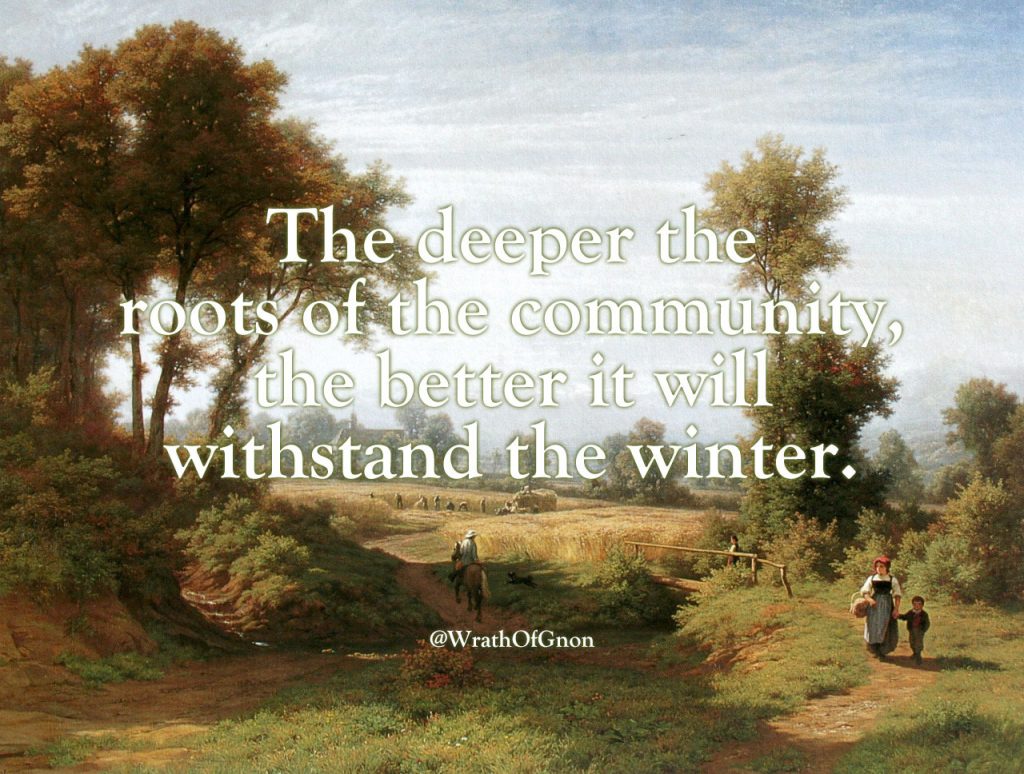 “From what I’ve been able to tell from news reports, here is the Democrats’ 2020 campaign platform in a nutshell: ‘We hate you, we *really* hate Jews, we hate babies, we hate America, and we want you to starve. Now give us all your guns.’”  The Morning Rant

Exquisite Rot: Spalted Wood and the Lost Art of Intarsia 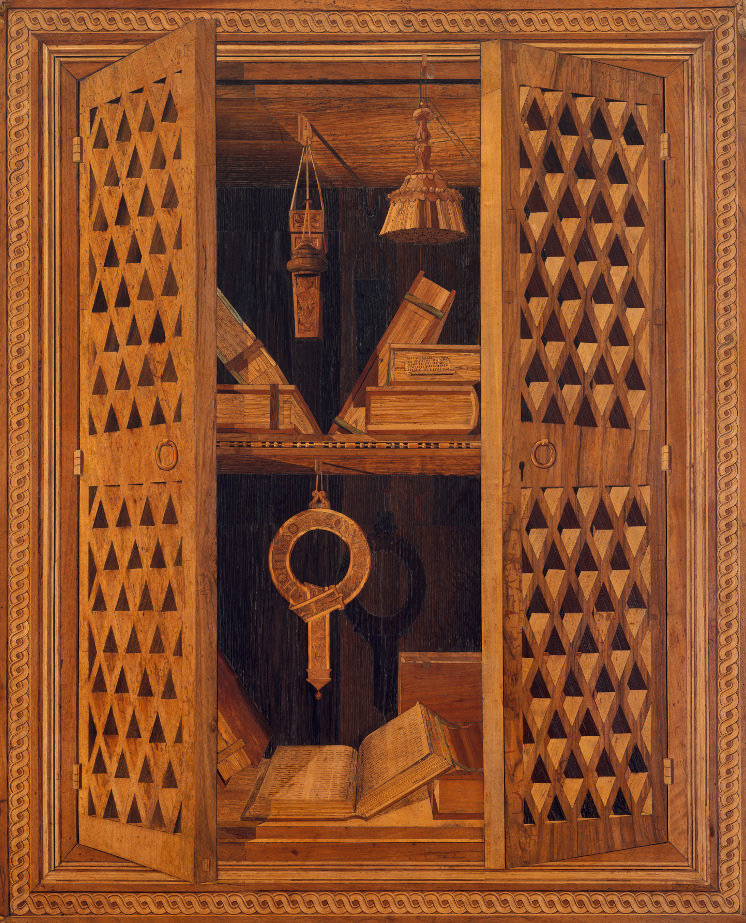 What about the plastics in our oceans and in every molecule of our bodies? Naw, I prefer trillion dollar subsidies to the well-connected. Will we go to the moon again, and in that epic effort unleash our imagination to discover the bottoms of the oceans and the cures for diseases which have so long ailed us? Naw let’s talk more about socialism, let’s race to the bottom embracing again for the umpteenth time the ideology of loss and stupidity and death, as so many others have. It’s more correct after all for if no star burns very bright my nakedness is much less obvious… Of course we – too – know the answer to our arriving ordeal. When I say “we” I mean the west. But instead of seeking solutions we are instead engaged in an epic fight (a historic bait and switch) over who will be the elites who will find their spots in our modern day Noah’s Ark. And those who fight it out on Twitter – to their own destruction…? – cannon fodder in the culture wars.  Our Coming Dystopia 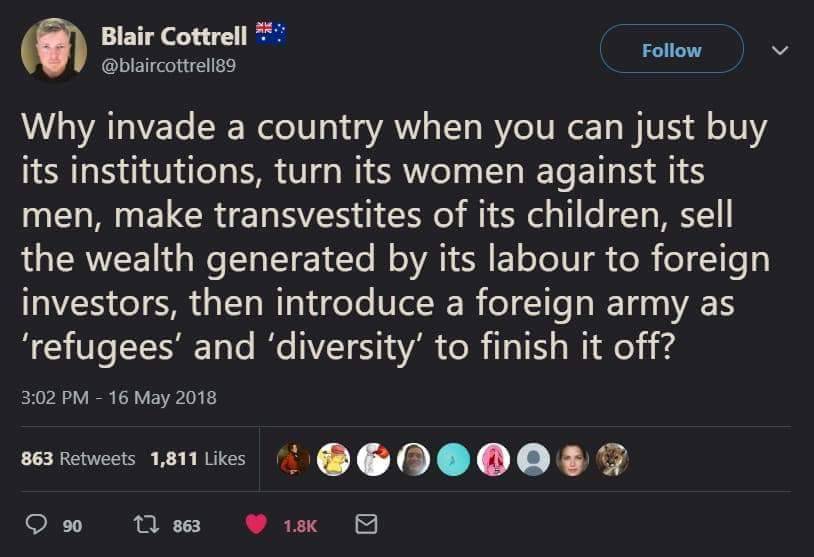 A Revered Photojournalist’s Chronicle of Lower Manhattan on the Brink of Transformation   But when Lyon looked at them he saw “fossils,” traces of life dating back to before the Civil War. So, with funding from the The New York State Council on the Arts, he set out with a view camera, slipping in and out of demolition sites from the East River to the Hudson. In a project he titled “The Destruction of Lower Manhattan,” he photographed the folks leaving buildings and those tearing them down, and, in so doing, documented the social dismantling that buzzes under every project billed as urban renewal. 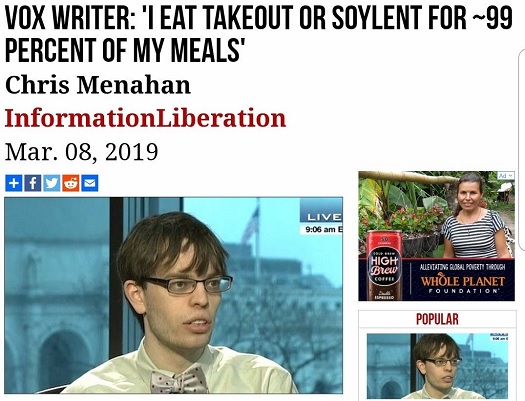 The Supplicant    This is why people like Mr. Olsen are much less generous with people on our side than with his alleged opponents on the Left. Because his role is defined by the Left and his morality is defined by the Left, he has no choice but to defend the Left. An attack on the Left is felt as an attack on him. If the Left is ever forced into retreat, Mr. Olsen will be there with the other camp followers, padding along behind them. Without the Left, he and the other toadies of Conservative Inc. are nothing. They no longer exist.

It’s why the so-called Right, despite the facts on the ground, cannot stop themselves from stabbing the people to their right. It’s not professional jealously or a fear of their donors getting vexed with them. Sure, there is some of that, but those excuses always come after the knee-jerk reaction against dissidents. Guys like Mr. Olsen are entirely dependent on the Left to define their lives and give meaning to their efforts. They are as much a part of the Left as the house slave is a part of the master’s household.

Elderly Americans are dying without getting to read Mueller’s report—and they’re not happy about it https://t.co/Yh3lbfrJ1b pic.twitter.com/9OS4B9uSI1

Earth may have underground ‘ocean’ three times that on surface 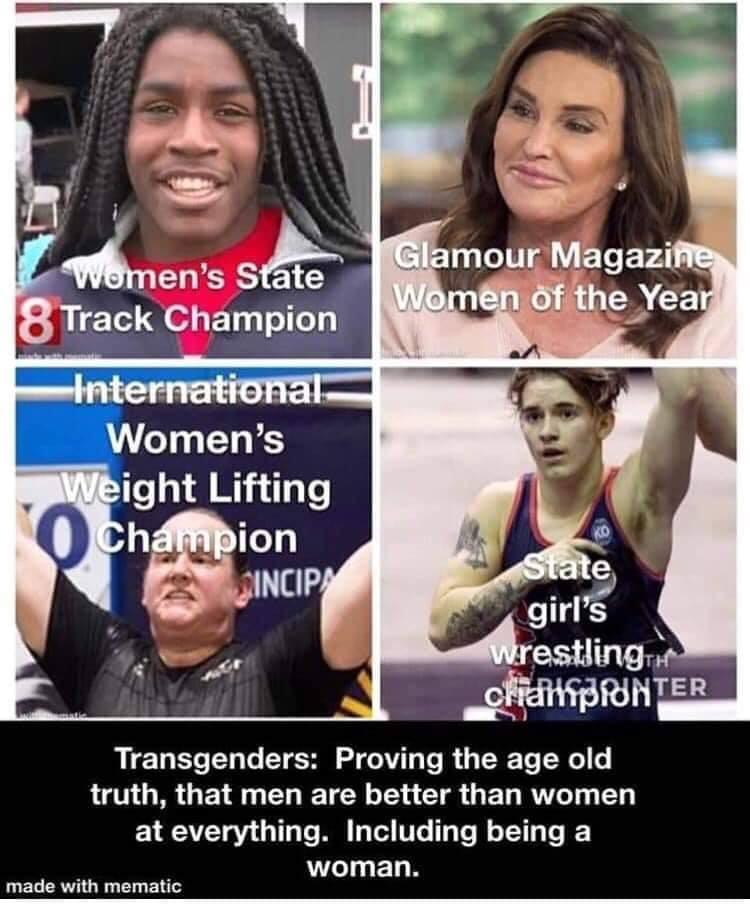 Ideology—that is what gives evildoing its long-sought justification and gives the evildoer the necessary steadfastness and determination. That is the social theory which helps to make his acts seem good instead of bad in his own and others’ eyes, so that he won’t hear reproaches and curses but will receive praise and honors. That is how the agents of the Inquisition fortified their wills: by invoking Christianity; the conquerors of foreign lands, by extolling the grandeur of their Motherland; the colonizers, civilization; the Nazis, by race; the Jacobins (early and late), by equality, brotherhood and the happiness of future generations.  Moral Zealotry and the Seductive Nature of Evil – Quillette

What Causes Poverty? — (Hint, nothing)

Traditional democracy worked perfectly in countries whose people were basically the same: white and Christian. Africa and the Middle East have never worked because they consist of tribes with flags. You will not find anyone writing this or saying this in public. Yet it’s the truth.

BIDEN’S PAST BITES HIM IN THE ASS

The Enduring Mystery of Alexander the Great’s Final Resting Place 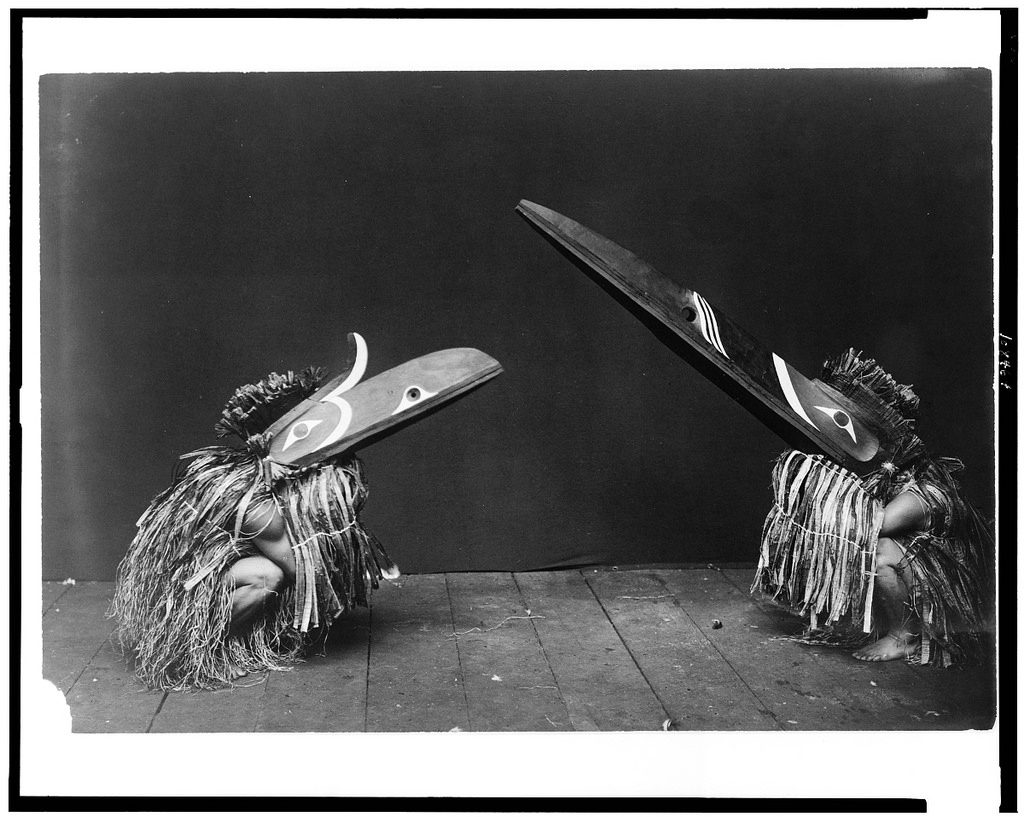 The Kwakwa̱ka̱’wakw (or Kwakiutl) are an indigenous people of the Pacific Northwest Coast, covering the territory of British Columbia on northern Vancouver Island and the adjoining mainland, and on islands around Johnstone Strait and Queen Charlotte Strait.

United by the common language of Kwak’wala, the broad group can be divided into 13 nations, each with its own clan structure and distinct histories. According to Kwakwaka’wakw folklore their ancestors (‘na’mima) came to a given spot — by way of land, sea, or underground — in the form of ancestral animals that upon arrival shed their animal appearance and became human.

The first documented contact with Westerners was in 1792 during the expedition led by English officer Captain George Vancouver, and was soon followed by colonies of Europeans settling on Canada’s West Coast. As was often the way, with settlers came disease and the Kwakwaka’wakw population dropped by up to 75% between 1830 and 1880. Their distinctive ideas about wealth — that status came not from how much you owned but how much you were able to give away — came to the particular attention of the US anthropologist Franz Boas, who wrote extensively on their elaborate gift-giving ceremonies known as “potlach”. The ceremonial practice was also a particular target of Christian missionaries who saw it as a major obstacle to their “civilising” mission, and the Canadian government banned the practise in 1885 (although the act was soon amended, proving impossible to enforce). Edward Curtis’ Photographs of Kwakwaka’wakw Ceremonial Dress and Masks (ca. 1914)

Decline in readers, ads leads hundreds of newspapers to fold

Golden Rice is coming. Finally! Will it be the game-changer hinted at for almost 20 years? 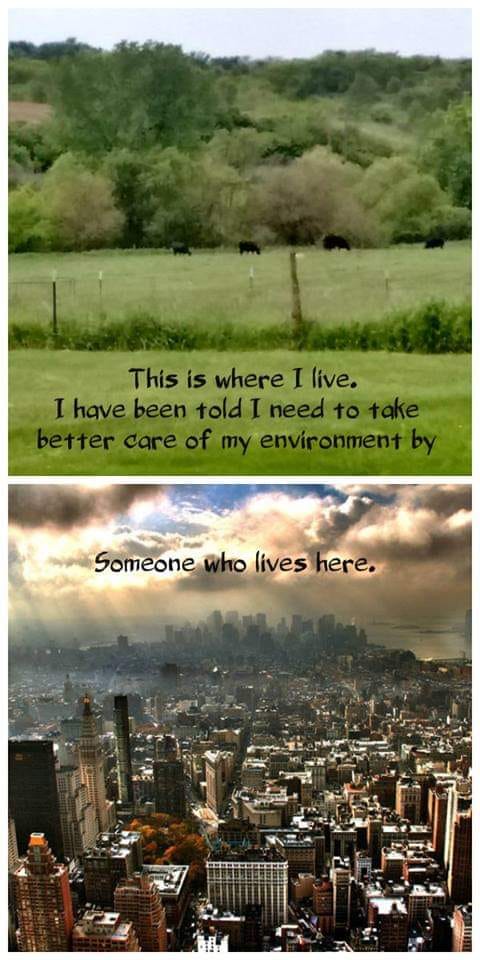 The French Genocide That Has Been Air-Brushed From History –    Crusaders for Liberty were relatively sparing in their use of the bayonet. Men, women and children were more often shot, or burned alive in their houses. Some of the Crusading soldiers had the idea of lighting ovens, stoking them and baking Vendeen families in them. Babies were not spared; nor were toddlers or small children. The usual practice was to kill babies in front of their mothers, then kill the mothers. Young girls were often drowned, after first being raped. Widows were usually beaten, insulted and drowned. Though there was no established standard procedure.

Homeless beggars are making ｣200-a-DAY, reveals ex-soldier as he says he put on 11lb on the streets

The Generation That’s Lost Its Way or “We’re All Bozos On This Bus”  I’m not blaming them, they’ve been subjected to anti-capitalism pro-Gaia propaganda since they were old enough to watch Sesame Street. They were praised for everything and nothing, collected gold stars and participation trophies without ever even having to try. They’ve been taught that the culture they were born into is nothing but the summary of 9 evil isms: Capitalism, Colonialism, Racism, Sexism, Classism, Ableism, Ageism, Heterosexism, and Anti-Semitism – although that last one is now open for negotiation. Current proposal is to replace it with Islamophobia. 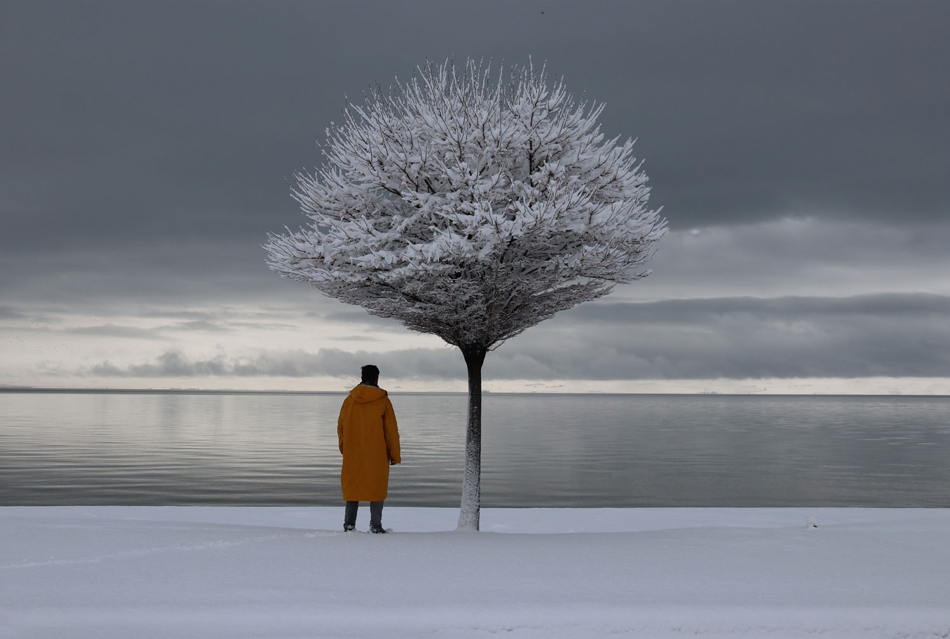 Next post: THE SOFT MACHINE: “Propagander? Yer Soakin’ in it.”