It was on the afternoon of one of those sultry days, which, in that portion of the country, exhibit towards evening the most glorious effulgence that can be conceived. The sun, now far advanced toward the horizon, still shone with full splendour, the ocean around glittered in its quiet beauty, and the light fleecy clouds that here and there spotted the heavens, seemed flakes of snow margined with gold. Our bark was propelled almost as if by magic, for scarcely was a ripple raised by her bows as we moved in silence. — Audubon’s Haiti –

Meanwhile, in our era, dickheads are everywhere: 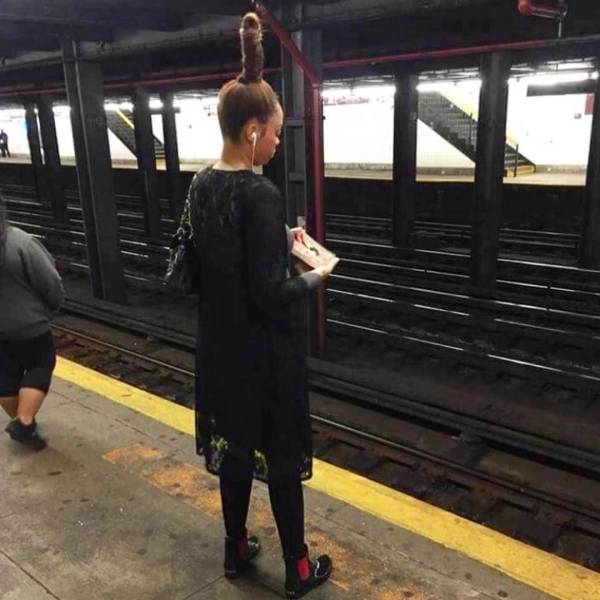 Why I’m for Bernie in the Democratic Primaries |  I support him in the primaries. America needs a fleshing out — Trump vs. Sanders, capitalism vs. socialism in the main ring. This is not just for the drama, or because we’ve been burying the ultimate conflict in our politics for too long, but because socialism has increasingly been getting an unfair advantage with our youth and therefore our country’s future. Our schools, for the most part, teach it. In fact, that’s all they teach, basically from kindergarten through college.

Modus Operandi: The Methods By Which EPA & ATSDR Keep The Fear Alive    When they were originally created, both federal agencies had legitimate problems to solve. But, EPA quickly became a victim of its own success. As the environment became cleaner, there were fewer and fewer real environmental problems to address. So, they began inventing them, initially by just making their dose-specific health guidelines and media–specific comparison values smaller to create the impression of increased “risk”. Then, they would make the unsubstantiated and over-used claim that chemical X “is now more toxic than previously thought”. But, it was almost never true.

“Lizard brain”emotions such as fear and anger produce a more uniform reaction and are more viral in a mass audience. When users are riled up, they consume and share more content. Dispassionate users have relatively little value on Facebook, which does everything in its power to activate the lizard brain. Facebook has used surveillance to build giant profiles of every user and provides each user with a customized Truman Show, similar to the Jim Carrey film about a person who lives his entire life as the star of his own television show. It starts out giving users    ”what they want,” but the algorithms are trained to nudge user attention in directions that Facebook wants. Who Controls The Platform? Archives – Quillette

Photographer Spends 2 Years Shooting Every Part of a Lamborghini Miura

We Ban Books Here   That was always the scary part of the Soviet Union. The book banning and speech laws were easy to mock. You could not mock the idea of men being sent to camps or facing internal exile. Imagine being in a state where your friends and family fear being associated with you, because the state has declared you an enemy. Now, imagine losing your phone service because someone working in the Bangalore office of Apple does not like your browsing habits. Imagine American HR becoming aware of you.

Dom Krapski, Artiste – Rosie  In 1998, Rosie was caught and killed in the tuna nets of professional fisherman and champion weightlifter Dean Lukin. Via a series of events that I’m still not entirely clear on, Rosie’s corpse was bought, preserved in formaldehyde, and mounted in a steel and glass vitrine the size of a bus. Chris Cohen, one of Rosie’s subsequent owners, tells me preserving Rosie would have cost a small fortune. Somewhere in the neighbourhood of $250,000 dollars. After Rosie was pickled (quite possibly before then – maybe he was the one that dropped the coin on her preservation), she passed into the ownership of Victorian businessman Ken Armstrong. Armstrong intended for Rosie to become a star attraction at the Seal Rocks Sea Life Centre in Phillip Island. At the time, a fairly typical small-scale ecotourism venture comprising of education displays, cafes and gift shops; the Seal Rocks Centre had wild plans in the late nineties to become something far grander. 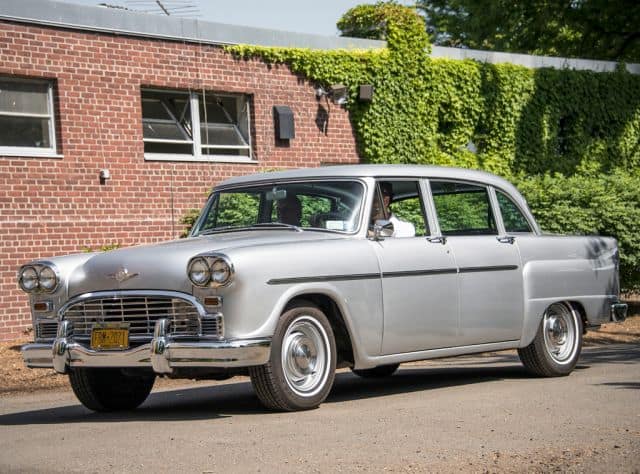 20 Best Classic American Sedans and Hard Tops From the 1960s ~  One of the most characteristic American sedans of the ’60s is the legendary Checker Marathon, famously known as the New York Taxi. They introduced the Marathon in 1960 and sold it through 1982. It was available with a straight six or V8 engine from Chevrolet. They designed and built the Marathon to be a dependable, tough machine.

And that is why it was the definitive taxi vehicle for decades in New York and in many other cities, as well. The Marathon was available as a sedan and wagon. But it also came in the form of the interesting, rare 12-seater Aerowagon. 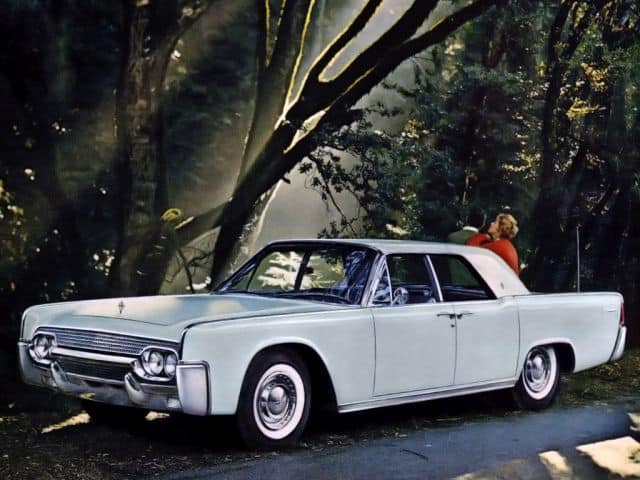 Back in the late ’50s, Ford’s luxury division Lincoln was way behind Cadillac in sales numbers, popularity and style. Despite building big luxury cruisers with powerful engines, those late ’50s Lincolns just weren’t as nice looking as the Cadillac. Ford decided that had to change, so the 1961 Lincoln Continental was born. When Lincoln showed the new model, the automotive public was stunned.

The beautiful styling elegance, the conservative use of chrome, straight lines and futuristic design transformed the four-door luxury model into a work of modern art. All of a sudden, sales doubled and the new Continental became the official car of the White House because of its stately appearance and restrained elegance.

The best exterior feature was the suicide doors with the rear doors opening towards the traffic. This wasn’t the best solution, but it only added to the charm of the Continental.

“You show up on time. When you say you’re going to do something, you try to do your best at it. You don’t backstab people.You don’t bitch and complain about what you’re doing. Being compassionate is big. And it’s always important to act like a gentleman.”  – Scott Eastwood on the code taught by his father Clint Eastwood (1986)

The Truth about Violence |   The moment it is clear that an assailant wants more than your property (which must be assumed in any home invasion), you must escape. What if your attacker has a knife to your child’s throat and tells you that everything is going to be okay as long as you cooperate by lying face down on the floor? Don’t do it. It would be better to flee the house—because as soon as you leave, he will know that the clock is ticking: Within moments, you will be at a neighbor’s home summoning help. If this intruder is going to murder your child before fleeing himself, he was going to murder your child anyway—either before or after he killed you. And he was going to take his time doing it. Granted, it is almost impossible to imagine leaving one’s child in such a circumstance—but if you can’t leave, you must grab a weapon and press your own attack. Complying in the hope that a sociopath will keep his promise to you is always the wrong move.

“What a year it’s been for the national Democrats. So far, they’ve gone all in on baby murdering, they’re apparently OK with their members appearing in blackface (for which they would’ve absolutely crucified Kavanaugh or any Republican elected official ), sexual assault is also a forgivable offense, and most recently, they’re having trouble coming to a consensus on whether blatant anti-Semitism and Jew-hatred is actually wrong. And all this time, they’ve been spinning more and more unhinged anti-Trump conspiracy theories. In a sane world, one in which the Democrats didn’t have a compliant, supine, sympathetic media that pretty much has their back on every issue instead treating them adversarially as they do Republicans, they would be extinguished as a national party. But even so, if what we’ve seen so far is any indication, and it’s only March, 2019 is going to be lit af.” The Morning Rant