The two biggest revelations of “The Boys Behind the Curtain” at Twitter over the last couple of days has been the trolling of “Tweets” (employees of Twitter) by Project Veritas. In gathering its stealth videos of Tweets caught telling the truth Project Veritas used the time-honored technique of the “honey trap.”

In the world of espionage, a “honey trap” is an attractive female who teases and seduces the target of the mission through the promise or use of sex. Her, shall we say, “honey pot” makes a man “hongry.” After being stung several times by honey babes Twitter put out an internal memo warning its “hongry” Tweets to beware of such hetero-slanted     dating        get-laid-right-now apps like Tinder, Bumble, and Happn. Strangely for a company based in the gay Eden of San Franciso they did not include “Grindr” on their list.

What is “Grindr?” Well according to its own web site Home | Grindr is [all caps sic]  “THE WORLD’SLARGEST SOCIAL NETWORKING APP FOR GAY, BI, TRANS, AND QUEER PEOPLE.”  This is an especially, even embarrassingly, queer omission. Grindr exists on every gay phone in the world so that the LGBTQRSTUVWXYZ crowd is supplied everywhere with the vast number of essentially anonymous sexual partners they seem to need. Insert usual dickclaimer  “Far be it from me, etc.”

So instead of a “honey trap”, I guess we could substitute “honey stick.”

It might have been a good idea for Twitter to have included Grindr in their “All Tweets” memo. Then they might have avoided this hot twink’s honey-sticking:

Twitter Executive Mocks Elon Musk for Believing Public can ‘Make Their Own Decision’ on Platform … ‘The Rest of Us Who Have Been Here Believe in Something that’s Good for the Planet, and Not Just to Give People Free Speech’

• Project Veritas published a new story on Tuesday night featuring footage of Twitter Lead Client Partner, Alex Martinez, discussing the company’s ideology, criticizing the acquisition of the company by Elon Musk and, at times, denigrating Musk for his expressed views on free speech.
• Martinez: “Right now, we don’t make profit. So, I’m going to say ideology, which is what led us into not being profitable.”
• Martinez on free speech: “The rest of us who have been here believe in something that’s good for the planet and not to give people free speech.”
• Martinez on censorship: “People don’t know how to make a rational decision if you don’t put out — correct things that are supposed to be out in the public, right?”
• Martinez on Musk: “Elon Musk as a person is whatever. I don’t, like, he’s a loony toon. He has, he has Asperger’s.”
• Martinez on Musk: “He has Asperger’s… So he’s special. We all know that. And That’s fine. So here, no wonder he’s going to say some f***ing crazy sh*t because he’s special.” 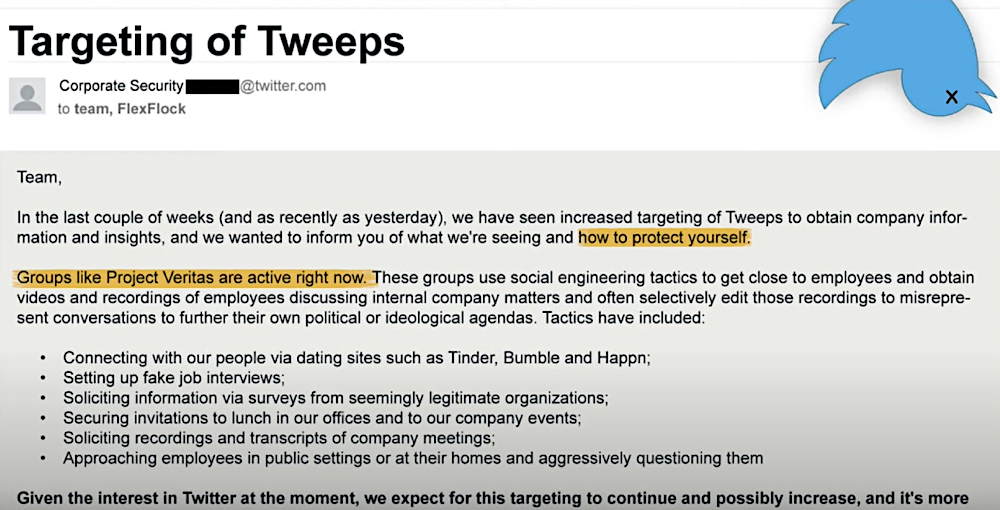 Last May, as he was hosting Saturday Night Live, Musk revealed that he was the first person to host the show with Asperger’s. In the video published on Tuesday, Martinez can be seen saying, “I’m like- you’re special needs! You’re literally special needs, literally though, you really are. So, I can’t even take what you’re saying seriously cause you’re special.”

Ironically enough, Martinez can also be seen in the footage discussing an internal company memo Twitter administrative staff sent in the aftermath of Project Veritas’ first part of the series.

“It’s [Project Veritas] like some group that’s just trying to out the employees,” Martinez says. “Like, they’re trying to go on dates with them, like this, and record them.” 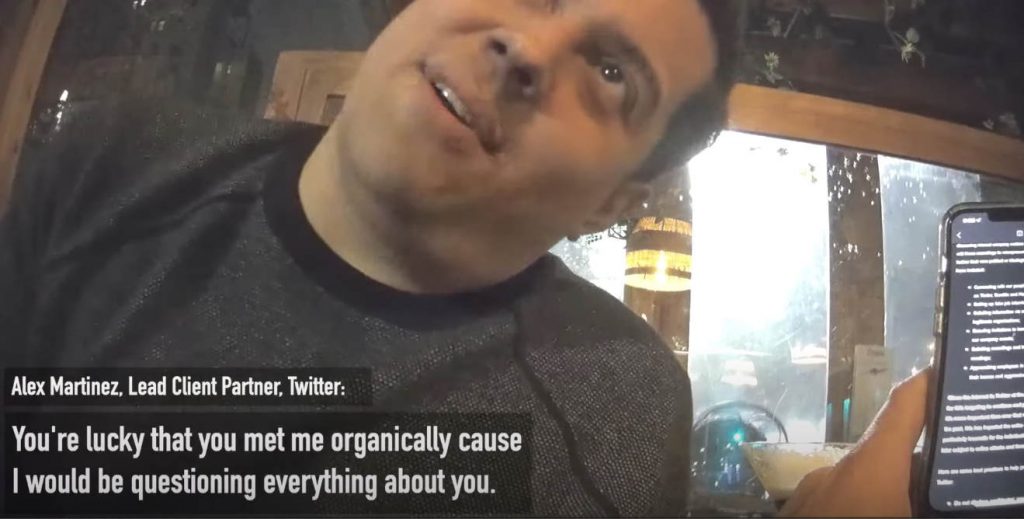 Next post: Bored with all the boards? Don’t put a fork in Portland, set a match to it.