Tired of Winning Yet? 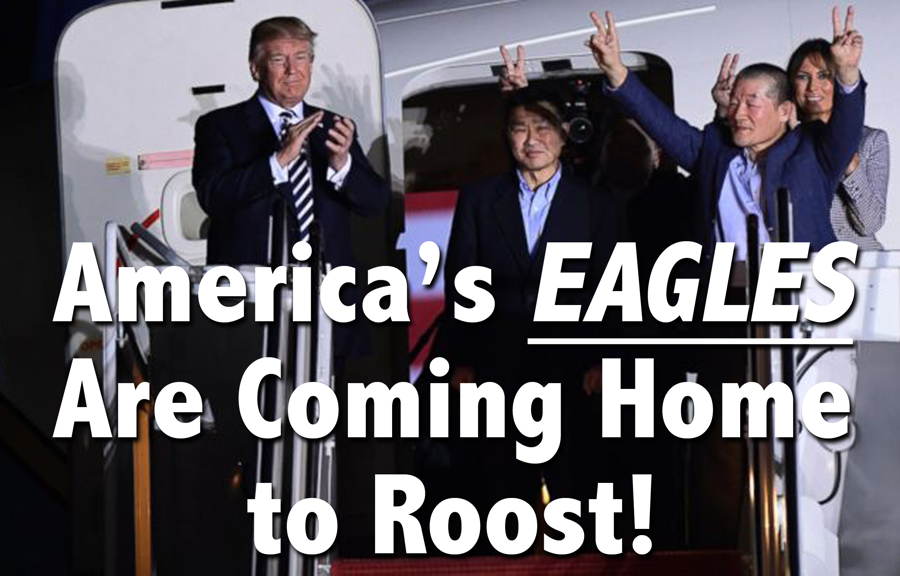 Forget about praising the President for getting these men released, and by the way without paying off the regime or even making concessions on the central issue of the nukes; the Democrat-Mediaites are not even happy for these people as human beings, let alone as Americans. Wait. I take this back; the Leftists were happy and grateful when that great American hero Bowe Bergdahl was released from captivity, but I digress. And then there’s the reaction to the President’s shredding of the Iran Nuke Sellout, whose author and supporters are 180 degrees out of phase with reality. On the granular level, there were so many things wrong with this sham, and concealed from the Legislature that Ben Rhodes crowed about how easy it was to dupe everyone. One shining example was the provision that the US military was obliged to help defend Iran in the event it was attacked. Defend as in shoot down Israeli and/or GCC aircraft. 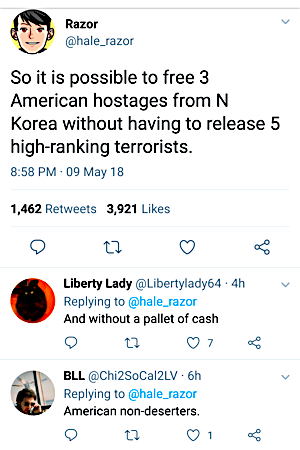 It boils down to the sad, and potentially dangerous reality that as a nation we are a house divided, perhaps irreparably so (click here for The Other McCain’s column from yesterday). And with a completely corrupt GOP, an unaccountable Leftist Deep State bureaucracy and a judiciary on a knife-edge (although there is good news in that department) and brainwashed youth graduating into the world every June, we’re going to need much more than two terms of PDT. That said, the past 17 months, even with the Mueller-led coup attempt, have been an incredible ride so far. If for no other reason than to see our would be overlords rage-stroke as jobs are created, judges are appointed, regulations are rolled back, lies are debunked, memes are challenged and some semblance of sanity restored. So for that sane part of the nation, we’re still not tired of all the winning. ….