Ticket Stubs from the Labyrinth 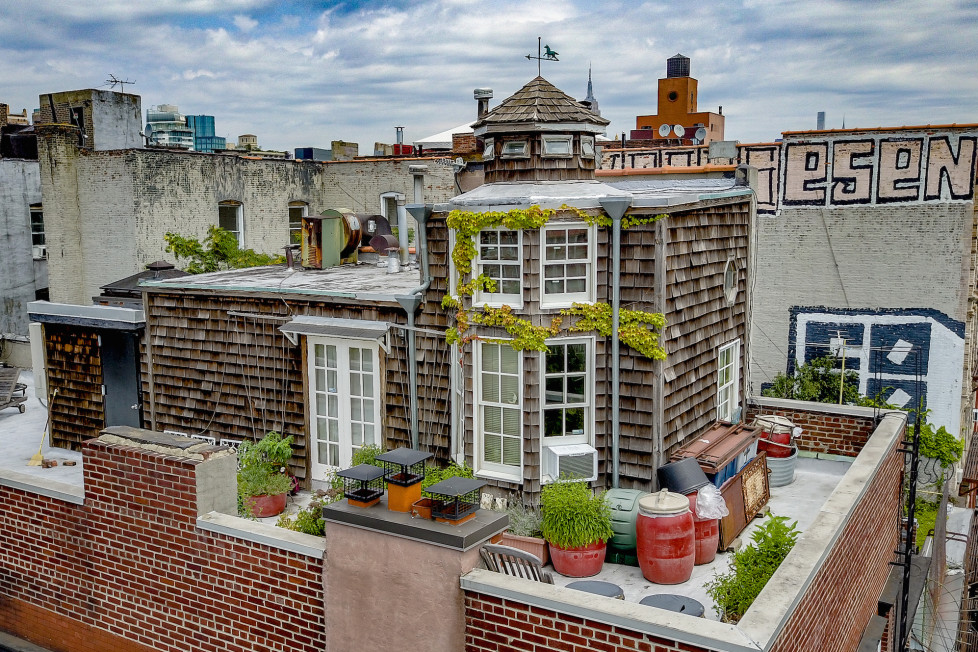 Your Inner Child Needs this NYC Rooftop Cottage: The rest of the 3000 square foot property for sale includes the top two floors of the building on 72 East 1st Street, with 18ft ceilings and two wood burning fireplaces. And now the $3.5 million price tag probably starts to make more sense, at least, in the current market.

American elites are mindlessly floating toward an unspoken belief in the sacredness of what I call the Zeroth Amendment: that American citizens should get no say in who gets to move to America because huddled masses of non-Americans possess civil rights to immigrate, no questions asked. And this Zeroth Amendment overrides the obsolete First Amendment, so you aren’t allowed to question it.  The Zeroth Amendment

Congress should repeal Obamacare, and we, ordinary Americans, will take charge of replacing it with what we want. The DiploMad 2.0: Bored with It All (Almost)
Hollywood is surely aware of what happened to the pornography business and what is now happening to the news business. Hollywood Math
You’re not going to turn gay-haters into gay-lovers by surrounding them with gay stuff. The same is true of eco-cups, solar panels, windmills, smart cars… House of Eratosthenes
Effects of Centuries of Extreme Inbreeding Among Muslims: Low IQ, Violence and Terrorism
The Law Of Merited Impossibility which states: “It will never happen, and when it does, you bigots will deserve it.”
The higher we’ve flown under the influence, the more down and dirty is the experience of the morning after. – – The Metaphysics of the Hangover –
While we were playing by the rules of dignity, collegiality and propriety, the Left has been, for the past 60 years, engaged in a knife fight…. He Fights – Evan Sayet
Exceptions to free speech — like exceptions to rights in general — are applied disproportionately by the powerful against the less powerful. Shock, Dismay In Academia At Scorpion Acting Like Scorpion
City budgets $65,000 to build stairs in a park. Man does it for $550. City wants to tear them down.  CTV News
Jonathan Kay on the tyranny of Twitter: How mob censure is changing the intellectual landscape
Other than ALL of them? The Most Hated Online Advertising Techniques
What ‘teleporting’ a photon to space means | Cosmos
Shoving Alinsky’s Rules for Radicals Right Back in the Left’s Ugly Face – Kurt Schlichter
The Fall and Rise of Roger Federer

The man who wants to bring the BRAIN DEAD back to life: Scientist whose life’s work will be used by US company that’s ready to start trials to ‘reanimate living cadavers’ in Latin America (and they’ve already got volunteers) Dr Sergei Paylian   has spent his life researching how to combat aging – and at his Florida lab  makes ‘bioquantines’ that are being used in a trial to reverse brain death.

“Every one there will give big cheer! Everyone there will have moved here!” The test case is Puerto Rico, a Third World nation that enjoys open borders with the United States. Despite a per capita GDP almost triple the world average, Puerto Rico is currently depopulating, with about three-fifths of all Puerto Ricans now in the mainland U.S. The Zeroth Amendment

The Trump administration announced Thursday that it would eliminate dozens of paperwork requirements for federal agencies, including an obscure rule that requires them to continue providing updates on their preparedness for a bug that afflicted some computers at the turn of the century. As another example, the Pentagon will be freed from a requirement that it file a report every time a small business vendor is paid, a task that consumed some 1,200 man-hours every year. Trump Orders Government to Stop Work on Y2K Bug, 17 Years Later

Certain people  are convinced that Rodney Stooksbury does not exist. This is because, even though Rodney Stooksbury was the 2016 Democratic congressional candidate in Georgia’s 6th District, nobody could ever actually seem to find a photograph of the guy. Or a campaign website. Or any campaign material. Or anyone who has actually met Rodney Stooksbury. News outlets tried to track down Stooksbury, to no avail. According to one investigation, “when reporters went to his town house in Sandy Springs, no one answered the door. When they inquired with the neighbors, no one had heard of him. He apparently had run no campaign, and had raised no money.” Current Affairs | Culture & Politics

Previous post: Dewey and the Decimals Delenda Est!: I’ve decided to rearrange my library according to this color code