I had a lot of questions about what was going on. I assumed I’d get answers when I went in and I have not gotten answers that are satisfactory, and probably have more questions, and that some of the facts don’t hang together with the official explanations of what happened.

JAN CRAWFORD: What do you mean by that?

WILLIAM BARR: That’s all I really will say. Things are just not jiving …Interview with Attorney General Bill Barr

CLIP 1: Republics have fallen because of Praetorian Guard mentality where government officials get very arrogant, they identify the national interest with their own political preferences and they feel that anyone who has a different opinion, you know, is somehow an enemy of the state. And you know, there is that tendency that they know better and that, you know, they’re there to protect as guardians of the people. That can easily translate into essentially supervening the will of the majority and getting your own way as a government official.

CLIP 2: JAN CRAWFORD: You have testified that you believe spying occurred.

JAN CRAWFORD: You’ve gotten some criticism for using that word.

WILLIAM BARR: I guess it’s become a dirty word somehow. It hasn’t ever been for me. I think there is nothing wrong with spying, the question is always whether it is authorized by law and properly predicated and if it is, then it’s an important tool the United States has to protect the country.

JAN CRAWFORD: Some former intelligence chiefs have said that the president has made that word somewhat pejorative, that there is spying, this is a witch hunt, this is a hoax, and so your use of that word makes it seem that you are being a loyalist.

WILLIAM BARR: You know, it’s part of the craziness of the modern day that if a president uses a word, then all of a sudden it becomes off bounds. It’s a perfectly good English word, I will continue to use it.

CLIP 3: I realize we live in a crazy hyper-partisan period of time and I knew that it would only be a matter of time if I was behaving responsibly and calling them as I see them, that I would be attacked because nowadays people don’t care about the merits and the substance. They only care about who it helps, who benefits, whether my side benefits or the other side benefits, everything is gauged by politics. And as I say, that’s antithetical to the way the department runs and any attorney general in this period is going to end up losing a lot of political capital and I realize that and that is one of the reasons that I ultimately was persuaded that I should take it on because I think at my stage in life it really doesn’t make any difference. 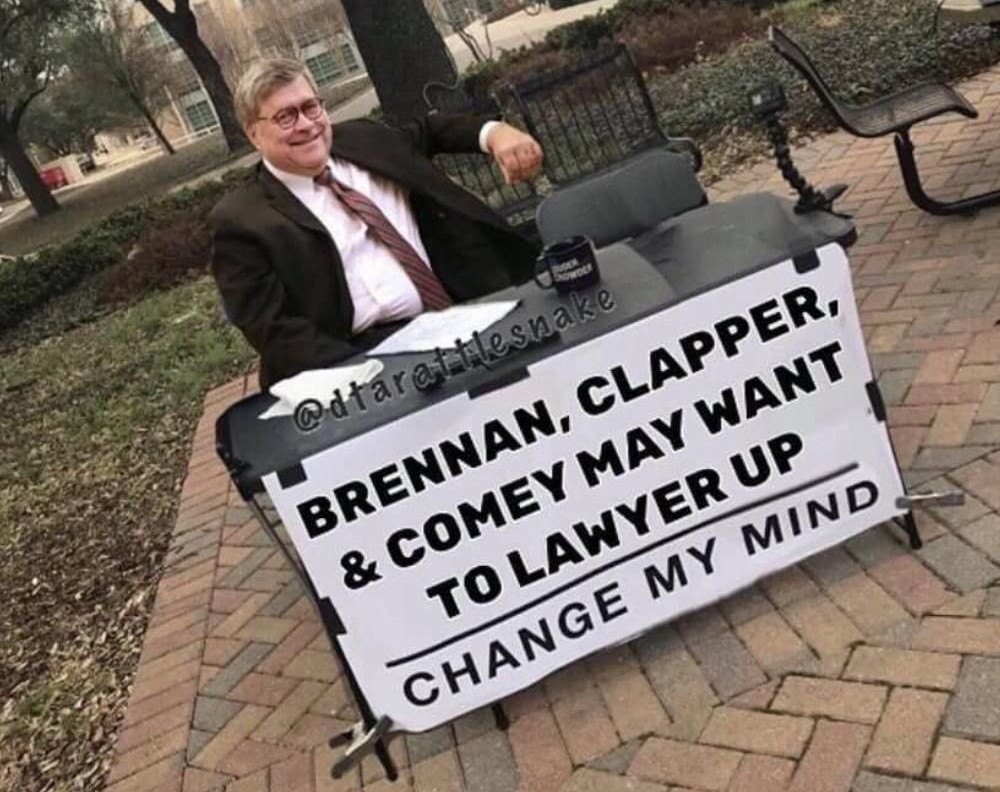 Next post: God, Evolution, and the Frozen Fish Fossil