The Trump Navy: The President’s Approval Rating is High Among Boating Enthusiasts 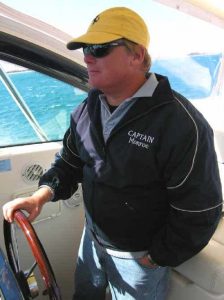 From megayachts to fishing boats, to dingys, to inflatables. Led by one unknown boat with a killer sound system blasting the “Hallelujah” from Handel’s “Messiah”. Ode to Joy from the  Ninth Symphony.

In this parade, you can find the megarich, the very wealthy, the well-to-do, the successful, and the aspiring. Regardless of their economic station, you could say that this ragtag fleet open to all is composed of the MAGArich.

This is a spontaneous Saturday afternoon demonstration of the glorious rewards (big and small) of capitalism. If you know anything about how the world works, you know that most of the people in this parade started with nothing or next to nothing. God bless them for succeeding and God bless America for letting them succeed. It was launched in Lighthouse Point, Florida — Homeport to Captain Monroe.