The ‘Super Market’: Eat your heart out 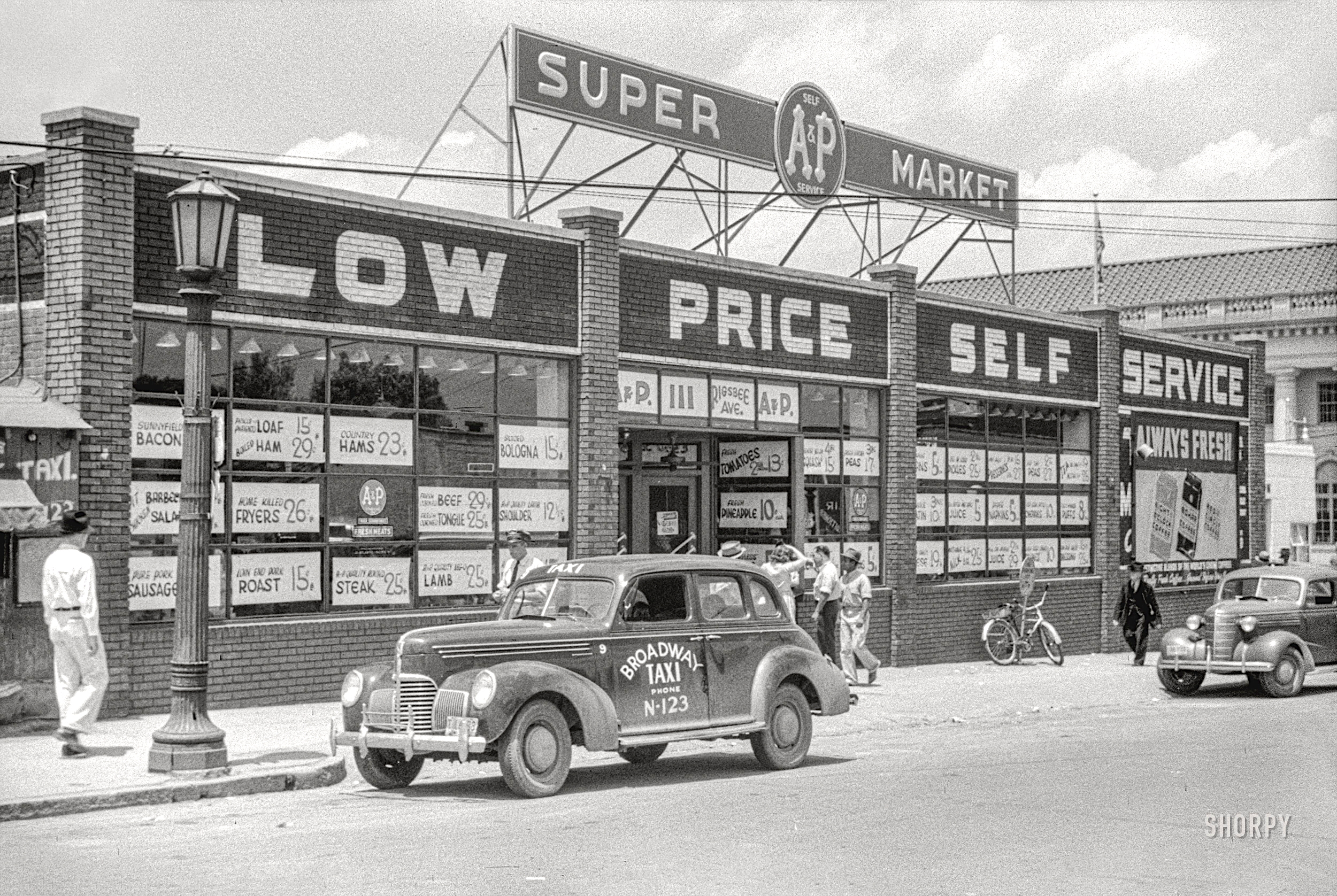 May 1940. “The ‘super market’ in Durham, North Carolina.” Back when self-service groceries were enough of a novelty that photographers put the name for them in quote marks. 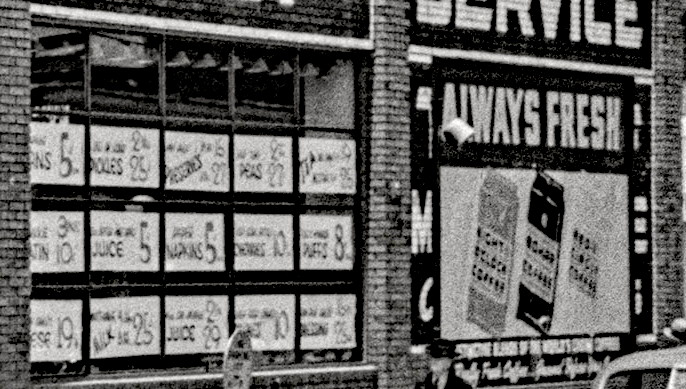 Pickles 2 pounds for 25 cents plus juice and napkins for a nickel each. 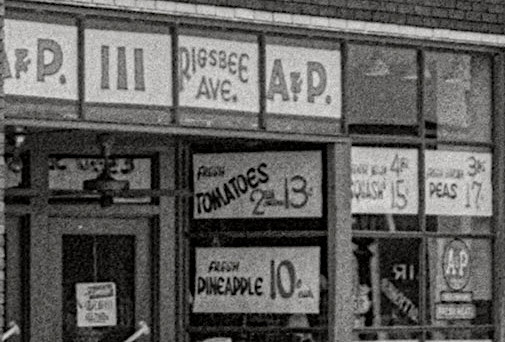 Previous post: I just want you to know I can see through your masks.