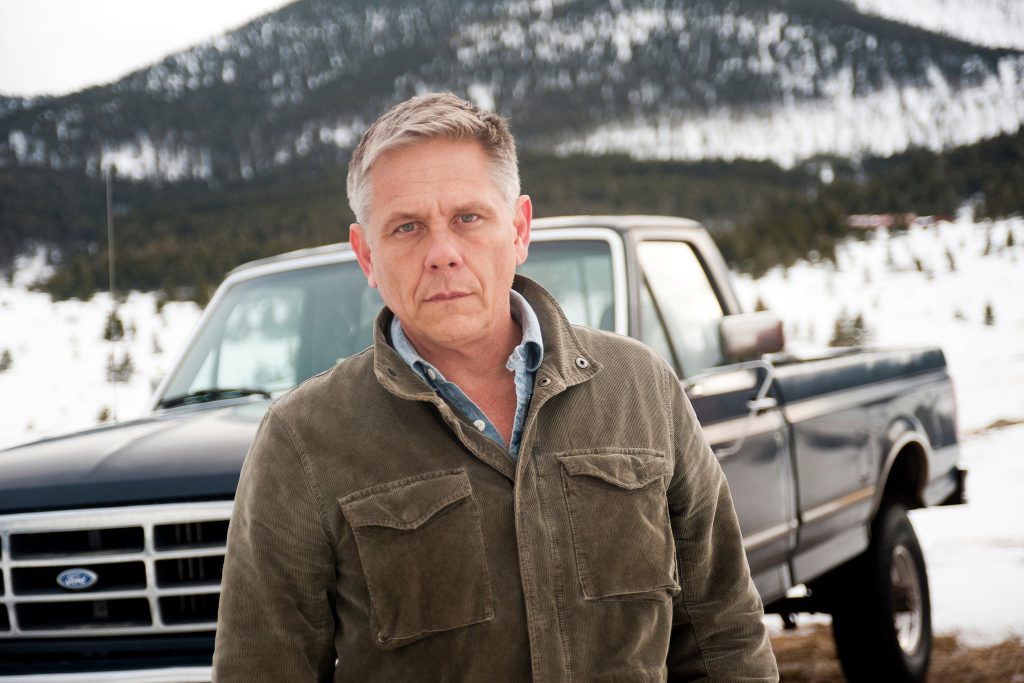 EXCERPTS FROM Matt Taibbi’s Look Behind The Curtain: Discussion with Author Walter Kirn

It’s basically an arms race that’s going on now, in which people attempt to agree more intensely than they agreed before. I do credit social media, at least that’s the place where we see these takes. We don’t tend to hear them by CB radio or over the phone necessarily, but there’s something about this third particle accelerator of opinion that we call Twitter which seems to inflate the craziness.

Is it my fault I took my liberal teachers seriously when they urged me to read Catch-22 about the corrupt mindlessness of bureaucratic rule — the very rule they and their cohort now celebrate nonstop and abhor seeing questioned?

Sorry I took you seriously, you big sell-outs

Now, as to whether the liberals have changed? Yes, they’ve changed! They used to be gentle, interesting, controversial, humorous people. Now they’re strident ideologues who love every institution which they professed to detest and suspect in the old days…
…. 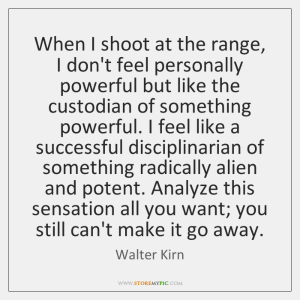 And that’s what Catch-22 is. I just re-watched the 1970 Mike Nichols version last night to prepare for this. Just a few outtakes: you’ve got these guys living on a bomber base in the Mediterranean and they’re dying one by one, their planes are getting shot down and they want to get out of it. But the Colonel in charge keeps raising the number of missions you have to fly in order to retire from the bombing. And that reminds me of the vaccines. You’ll need six! No, you’ll need seven!
….
We will agree to destroy our society for you, China… Our greatest product at the moment, this vaccine, our most expensive and profitable export, is the result of our suffering. And it isn’t seeming to cure it either, frankly, from my perspective, since every single person I know who’s gotten the booster in LA is now asking me for recommendations on zinc and other vitamins to take. There’s the famous saying, that the capitalist will sell the revolutionary the rope he will use to hang himself. Well, that’s kind of the situation I see us in. It’s as though there’s only one corporation in charge right now, and that is one Pharma/gov/tech conglomerate. Maybe it’s called BlackRock, or Vanguard.

I was at the hospital yesterday in Montana, which I read constantly in the New York Times is almost on its knees from Covid-19. The place was empty. I could barely find anyone to give me directions to the radiology department, where I presumed millions would be having their lungs examined. What am I to say? Is the doctor standing next to me the reality, or is the report that he’s on the plane, i.e. the empty hospital, the reality? I read that here in Trump country, we’re just staggering under the weight of the vaccinated, rude Covid-19 victims.

Yet we’re being described as though we’re on the precipice of savagery. I saw that with the Oklahoma thing. I was in South Dakota last year when I heard an NPR report that the hospital in Rapid City, which I was one mile from, was about to collapse. And I drove over. I had a thousand parking spots to choose from. Then when I rechecked the text of the NPR story, I saw that it was a speculative story, which interviewed a doctor about what might happen if things got so much worse. So, I’ve had that experience over and over of being reported on as a resident of the great frontier and then checking outside my door to see whether or not it was accurate and finding it wasn’t. 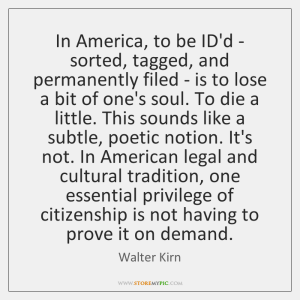 If the left could solve the problem of two Americas that RFK so eloquently spoke of, it’s now decided that the America that is left behind, that it used to profess great care for and ambitions for, should just be annihilated with ridicule and a sort of mockery that dehumanizes them and renders them irrelevant.

That’s a sign of real failure. To be serious, that’s a kind of real failure on the left when it starts making fun of poverty, basically, in order to advance its cosmopolitan agenda. Another joke was it comes with a “Barbie dream ventilator,” which suggests these people are dying, and we could have a laugh over it. I mean, I don’t wanna laugh over anyone on a ventilator in my lifetime if I can help it, but we’re already there on network television.

Taibbi: In my father’s generation, all journalists were on the phone all the time, and now they’re not. Do you talk about that with colleagues — this astonishment at how much the idea of talking to people has disappeared from the job, replaced by looking for links?

Walter Kirn: Matt, this profession, especially in its mainstream liberal form, now distrusts people — they have a one out of two chance of being an insurrectionist or a racist, a bad wrong-thinking person. What journalism now specializes in is waiting in line to talk to the same expert, the former intelligence agency chief, the John Hopkins professor, the Nate Silverish statistician. Sometimes I think that these 50 or 100 experts who are generating about a third of the news now must almost be like professional witnesses in trials. They’re so in demand that must be getting paid because they’re apparently spending their whole day talking to a circle of journalists. And that is no exaggeration. 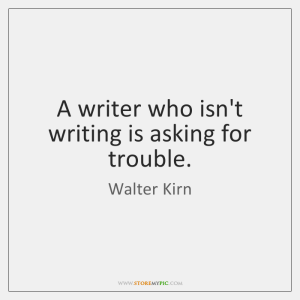 Walter Kirn: To start, I would say you could not have a more slanted situation than the largest advertiser and corporate sponsor for the media, the pharmaceutical industry being basically the subject of inquiry. In other words, you’re less likely to get honest inquiry and diversity of opinions and adversarial reporting in a press that is owned by big Pharma than you were. Jake Tapper is literally brought to you by Pfizer; his segments on CNN are introduced as such. You are in a snake-eating-its-tail situation, when the subject of journalism is the greatest advertiser.

Walter Kirn: This is going to offend everyone — I can just hear people clicking off out there — but we live in a country where our chief health official for governmental and media purposes, Dr. Anthony Fauci, is at least mentioned in every single account of the origins of the virus, either as a manipulated virus or one that was captured wild. Now we used to call that conflict of interest. We used to say that if you made money from something, or if you knew someone involved in the story, or if you made money from some aspect of the story, you couldn’t comment on it.

The thing that infuriated me and almost radicalized me against this corporate regime, and journalism, was the Russiagate story. I’ll tell you why, and it’s not because it was adversarial for Donald Trump. It’s because the Russiagate story, which was, I’m just here to tell you — it was bullshit. It had bullshit sources. It stemmed from high influence peddlers and campaign officials and places like the Brooking Institute and so on. It posed as Watergate. It posed as an outsider exposure of the ways of power, when in fact it was just the opposite. It posed as muckraking when in fact it was icing the cake of power. Pulitzer Prizes were awarded, and star reporters were crowned in this supposedly anti-authoritarian mega-story, which was being reported despite the anger and fury of power.

In fact, it was just the opposite. It was a completely phony caricature of a Watergate-style investigation. When I saw the press willing to pose as crusaders and outsiders on behalf of the most established political, intelligence, and even corporate entities in America, I was just like, this is the biggest travesty.

We now have a professional priesthood because, throughout Trump, what we heard about journalists was that they were the most persecuted they’d ever been. They were one minute from being thrown into camps by Trump, and how dare we insult their profession. They exalted themselves into something resembling medieval priests. We read Latin, please. You don’t want to look at the Bible — we’ll tell you what’s in it. 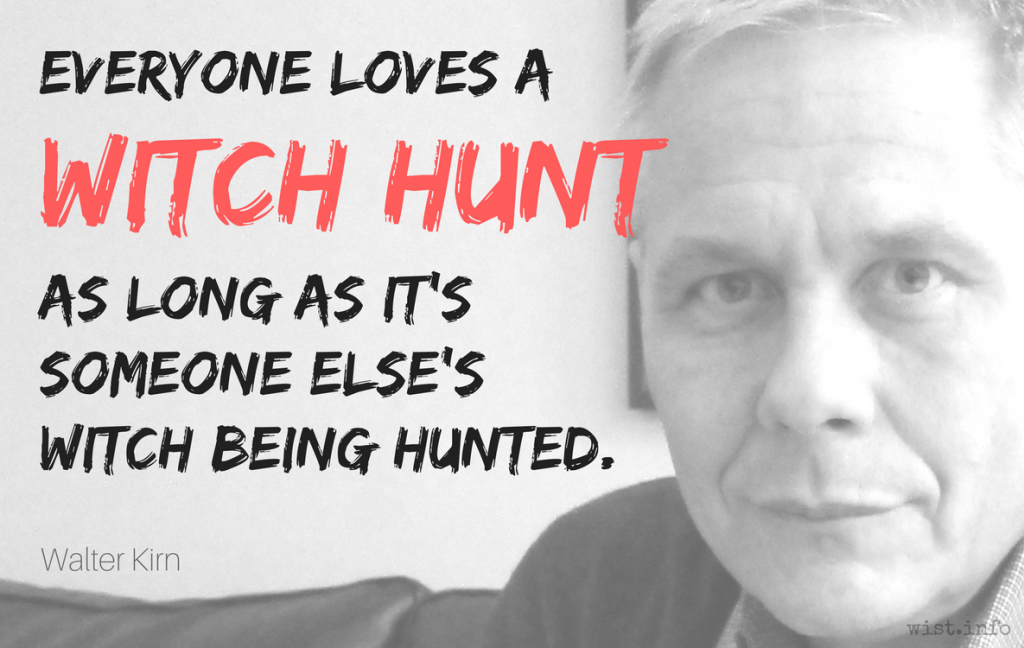 Next post: THE BULLSHIT – by Walter Kirn [An excerpt]