The Sovietization of American Life By Victor Davis Hanson 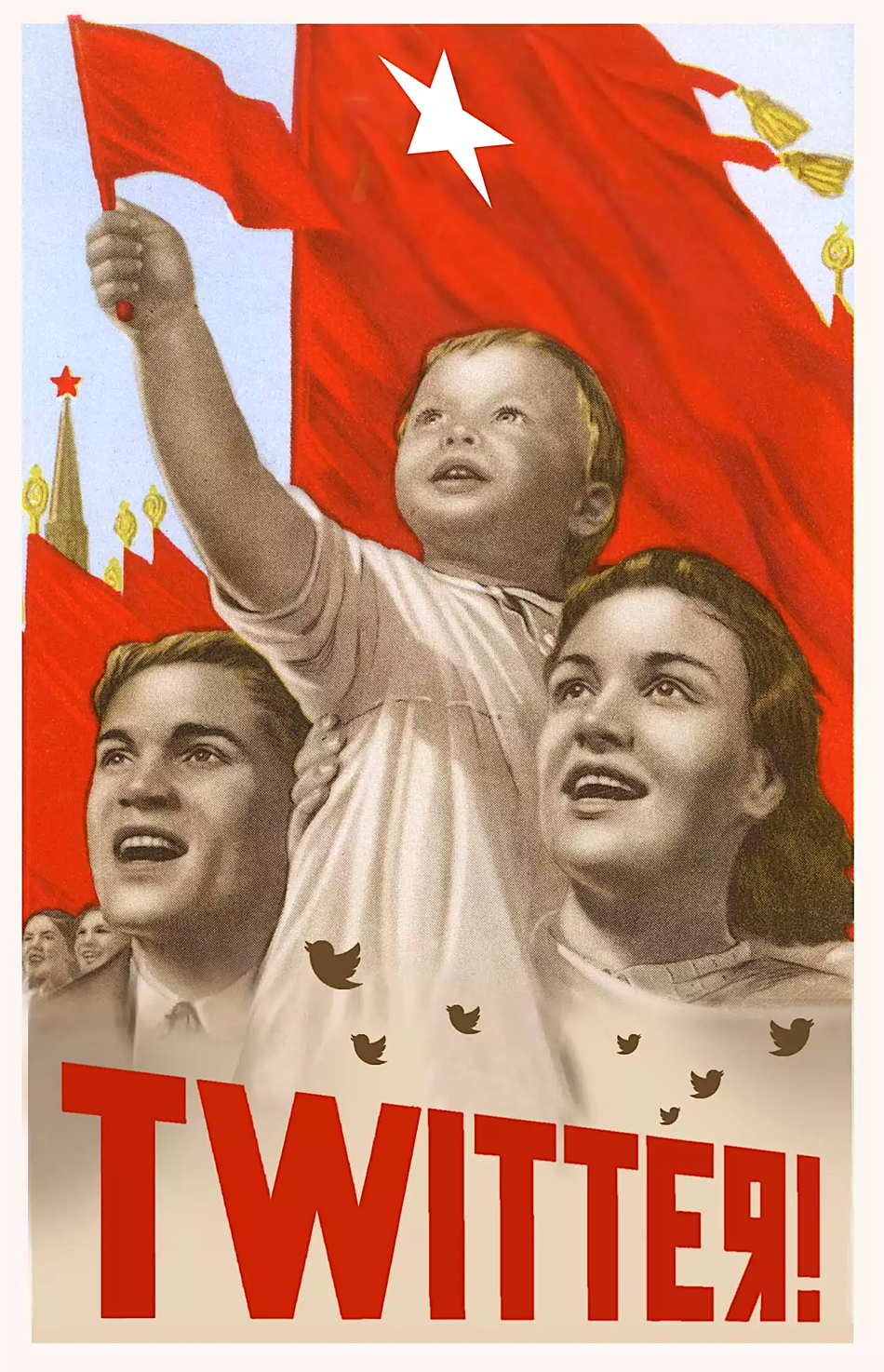 Jim in Alaska suggests this for “Long Read of the Day” and I concur:

Behind all our disasters there looms an ideology, a creed that ignores cause and effect in the real world—without a shred of concern for the damage done to those outside the nomenklatura.

June 5, 2022
One day historians will look back at the period beginning with the COVID lockdowns of spring 2020 through the midterm elections of 2022 to understand how America for over two years lost its collective mind and turned into something unrecognizable and antithetical to its founding principles.

“Sovietization” is perhaps the best diagnosis of the pathology. It refers to the subordination of policy, expression, popular culture, and even thought to ideological mandates. Ultimately such regimentation destroys a state since dogma wars with and defeats meritocracy, creativity, and freedom.

The American Commissariat
Experts become sycophantic. They mortgage their experience and talent to ideology—to the point where society itself regresses.

The law is no longer blind and disinterested, but adjudicates indictment, prosecution, verdict, and punishment on the ideology of the accused. Eric Holder is held in contempt of Congress and smiles; Peter Navarro is held in contempt of Congress and is hauled off in cuffs and leg-irons. James Clapper and John Brennan lied under oath to Congress—and were rewarded with television contracts; Roger Stone did the same and a SWAT team showed up at his home. Andrew McCabe made false statements to federal investigators and was exempt. A set-up George Papadopoulos went to prison for a similar charge. So goes the new American commissariat.

Examine California and ask a series of simple questions.

Why does the state that formerly served as a model to the nation regarding transportation now suffer inferior freeways while its multibillion-dollar high-speed rail project remains an utter boondoggle and failure?

Why was its safe and critically needed last-remaining nuclear power plant scheduled for shutdown (and only recently reversed) as the state faced summer brownouts?

Why did its forests go up in smoke predictably each summer, as its timber industry and the century-old science of forest management all but disappeared from the state?

Why do the state’s criminals so often evade indictment, and if convicted are often not incarcerated—or are quickly paroled?

Why are its schools’ test scores dismal, its gasoline the nation’s highest-priced, and the streets of its major cities fetid and dangerous—in a fashion not true 50 years ago or elsewhere today?

In a word, the one-party state is Sovietized. Public policy is no longer empirical but subservient to green, diversity, equity, and inclusion dogmas—and detached from the reality of daily middle-class existence. Decline is ensured once ideology governs problem-solving rather than time-tested and successful policymaking.

In a similar fashion, the common denominator in Joe Biden’s two years of colossal failures is Soviet-like edicts of equity, climate change, and neo-socialist redistribution that have ensured (for the non-elite, in any event) soaring inflation, unaffordable energy, rampant crime, and catastrophic illegal immigration. Playing the role of Pravda, Biden and his team simply denied things were bad, relabeled failure as success, and attacked his predecessor and critics as various sorts of counterrevolutionaries.

Biden rejected commonsense, bipartisan policies that in the past kept inflation low, energy affordable, crime controlled, and the border manageable. Instead, he superimposed leftist dogma on every decision, whose ideological purity, not real-life consequences for millions, was considered the measure of success.

The Caving of Expertise
Entire professions have now nearly been lost to radical progressive ideology.

Do we remember those stellar economists who swore at a time of Biden’s vast government borrowing, increases in the monetary supply, incentivizing labor non-participation, and supply chain interruptions that there was no threat of inflation? Were they adherents of ideological “modern monetary theory”? Did they ignore their own training and experience in fealty to progressive creeds?

What about the Stanford doctors who signed a groupthink letter attacking their former colleague, Dr. Scott Atlas, because he questioned the orthodoxies of Dr. Anthony Fauci and the state bureaucracies—who we now know hid their own involvement with channeling funding to deadly gain-of-function research in Wuhan? Did they reject his views on empirical grounds and welcome a give-and-take shared inquiry—or simply wish to silence an ideological outlier and advisor to a despised counterrevolutionary?

Or how about the 50 retired intelligence “experts” who swore that Hunter Biden’s laptop was not genuine but likely Russian disinformation? Did they really rely on hundreds of years of collective expertise to adjudicate the laptop or did they simply wish to be rewarded with something comparable to a “Hero of Woke America” award?

Or what about the 1,000 medical “professionals” who claimed violating quarantine and protective protocols for Black Lives Matter demonstrations was vital for the mental health of the protestors? Or the Princeton creators of a video identifying Jonathan Katz as a sort of public enemy for the crime of stating that racial discrimination of any sort was toxic?

Career Advancement, Cowardice,
and Membership in the Club
There can be no expertise under Sovietization; everything and everyone serves ideology. Our military—especially its four-star generals, current and retired—parroted perceived ideologically correct thought. Repeating party lines about diversity, white supremacy, and climate change are far more relevant for career advancement than proof of prior effective military leadership in battle.

The ultimate trajectory of a woke military was the fatal disgrace in Afghanistan. Ideologues in uniform kept claiming that the humiliating skedaddle was a logistical success and that misguided bombs that killed innocents were called a “righteous strike.” Afghanistan all summer of 2021 was to be Joe Biden’s successful model of a graduated withdrawal in time for a 20th-anniversary commemoration of 9/11—until it suddenly wasn’t.

Pentagon decision-making increasingly privileges race, gender, sexuality, and green goals over traditional military lethality—a fact known to all who are up for promotion, retention, or disciplinary action.

How predictable it was that the United States fled Kabul, abandoning not just billions of dollars worth of sophisticated weapons to terrorists, but also with Pride flags flying, George Floyd murals on public walls, and gender studies initiatives being carried out in the military ranks. Ask yourself: if a general during the Afghanistan debacle had brilliantly organized a sustainable and defensible corridor around Bagram Airfield but was known to be skeptical of Pentagon efforts to address climate change and diversity would he be praised or reviled?

The elite universities in their single-minded pursuit of wokeness are ironically doing America a great favor. For a long time, their success was due to an American fetishization of brand names. But now, most privately accept that a BA from Princeton or Harvard is no longer an indication of acquired knowledge, mastery of empiricism, or predictive of inductive thinking over deductive dogmatism.

Instead, we now understand, various lettered certificates serve as stamps for career advancement—proof either of earlier high-school achievement that merely won the bearer admission to the select, or confirmation that the graduate possesses the proper wealth, contacts, athletic ability, race, gender, or sexuality to be invited to the club.

Universities’ abandonment of test scores and diminution of grades—replaced by “community service” and race, gender, and sexuality criteria—has simply clarified the bankruptcy of the entire higher education industry.

Our “diversity statements” required for hiring at many universities are becoming comparable to Soviet certifications of proper Marxist-Leninist fidelity. Like the children of Soviet Party apparatchiks, privileged university students now openly attack faculty whose reading requirements or lectures supposedly exude scents of “colonialism” or “imperialism” or “white supremacy.” 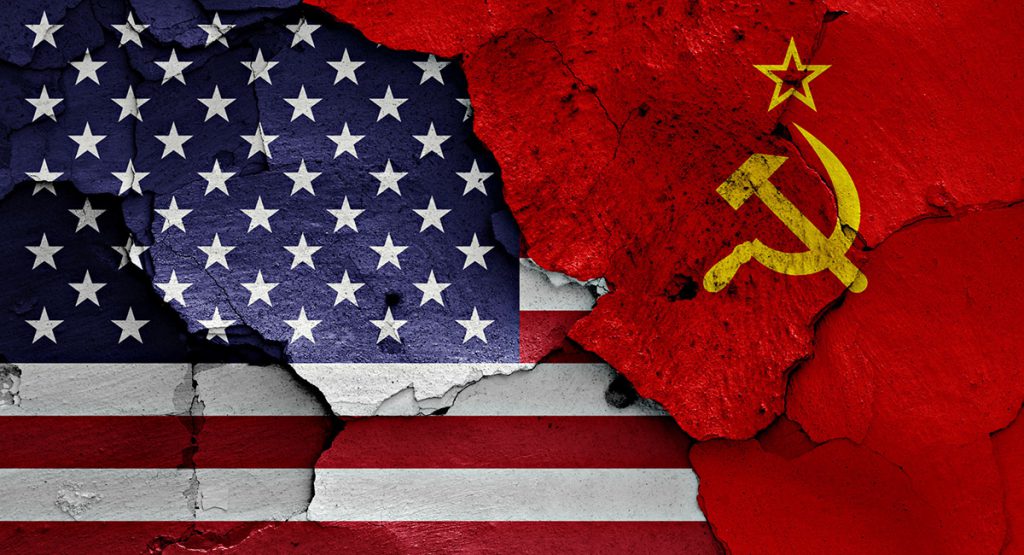 Faculty increasingly fear offering merit evaluation, in terror that diversity commissars might detect in their grading an absence of reparatory race or gender appraisals. The result is still more public cynicism about higher education because it is apparent that the goal is to graduate with a stamp from Yale or Stanford that ensures prestige, success, and ideological correctness—on the supposition that few will ever worry exactly what or how one did while enrolled.

We have our own Emmanuel Goldsteins who, we are told, deserve our three minutes of hate for counterrevolutionary thought and practice. Donald Trump earned the enmity of the CIA, the FBI, the Justice Department, and the IRS. Now Elon Musk and his companies are suddenly the targets of the progressive state, including repartees from the president himself. To vent, the popular Soviet directs its collective enmity at a Dave Chappelle or Bill Maher, progressives who exhibit the occasional counterrevolutionary heresy.

Cabinet secretaries ignore their duties—somewhat understandable given their resumes never explained their appointments. What binds a Pete Buttigieg, Alejandro Mayorkas, and Jennifer Granholm is not expertise in transportation, border security, or energy independence but allegiance to an entire menu of woke policies that are often antithetical to their own job descriptions.

“Diversity,” “equity,” and “inclusion” started out as mandated proportional representation as defined by the state allotting spoils of coveted admissions, hiring, honors, and career advancement by race and gender percentages in the general population. The subtext was that federal and state governments imported and incorporated largely academic theories that alleged any disequilibrium was due to bias.

More specifically, racial and sexual prejudices were to be exposed and punished by morally superior castes—in politics, the bureaucracy, and the courts. There was never any interest in detailing how particular individuals were personally harmed by the system or by the “other,” which explains the Left’s abhorrence of racially blind, class-based criteria to establish justified need. . . .

MORE AT, IN FACT THE FINISH OF THIS AT, The Sovietization of American Life › American Greatness

Previous post: This is the line. The NEW line. Tomorrow it will be the OLD line as the progs groom on. . .