THE SOFT MACHINE: “Propagander? Yer Soakin’ in it.”

The five “faces” of oppression – violence, exploitation, marginalization, powerlessness, and cultural imperialism – formed the backdrop for their entire educational experience. And in case it isn’t obvious, white males were the primary source of all of the above thus leading to a generation of self-hating white guys. So is it any wonder that so many of them emerge from their biological childhood uninformed, misinformed, and confused? MOTUS A.D

As you get older you spend more and more time in doctors’ waiting rooms. It’s a bug. Not a feature. A feature of doctors’ waiting rooms is that you get to catch up on magazines you wouldn’t pay any attention to in any other circumstance. And a brief browse through these slick little packages of cultural irrelevance reacquaints you with the hoary fact that no single element of our media lives can escape the latest most glittering and vibrant lies.

I spent the better part of 30 years working in magazines. Organ. City. Earth. Penthouse. Omni. Penthouse encore. I loved the field. I loved magazines. I’d spend a couple hundred bucks a month on magazines bought at the exhaustive magazine stand in the Pan Am building just before you rode the escalators down into the grand canyon of Grand Central. In those days, as editors, we’d try to make our magazine interesting for our readers. These days it seems that magazine staffs seek to make their magazines part of the media’s Soft Machine of stultifying propaganda approved by their human resources departments; all boringly predictable in their goose-stepping homage to the grand cultural lies of our leprotic era.

Here’s an example from my own visit to my own doctor’s waiting room last week. It was crowded with people both old and older and, arriving late, I found all the interesting magazines taken. Leftover was this collection of a Meridith Publishing slab of slimed pablum called “Parents.”

You’d imagine something called “Parents” would celebrate, well, normal parents. But no. Only odd “non-trad-dad” couplings or “non-couplings” seem to make the cover of Parents these days. Especially missing seems to be the fathers of the Caucasian persuasion.  Nothing all that unusual about that these days. That’s pretty much how the soft machine pumps out that pink slime percolating in the pit at the politically correct cultural clambake.

I took some photos to show you what I mean, but you already know what I mean. Don’t you? [N.B. The last layout was not only used in “Parents” but also in “Family Circle” to, I suppose, underscore that the circle of the family includes every family you can think of, and many that you haven’t even thought of yet but will be suitably informed of when necessary.] 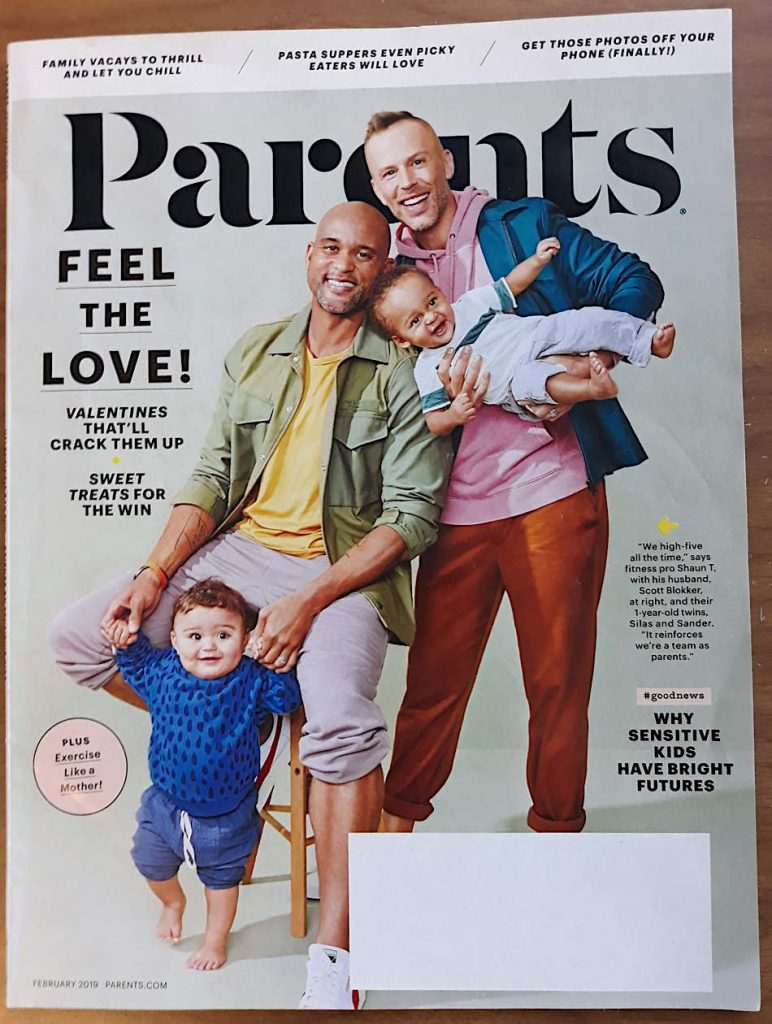 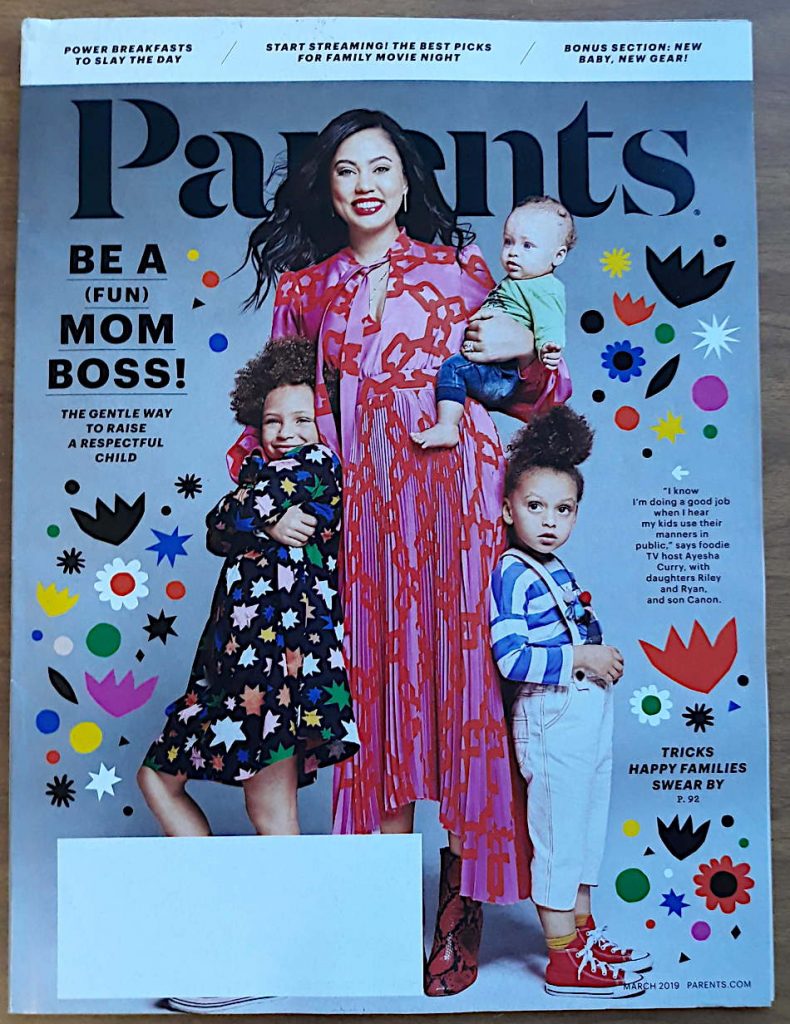 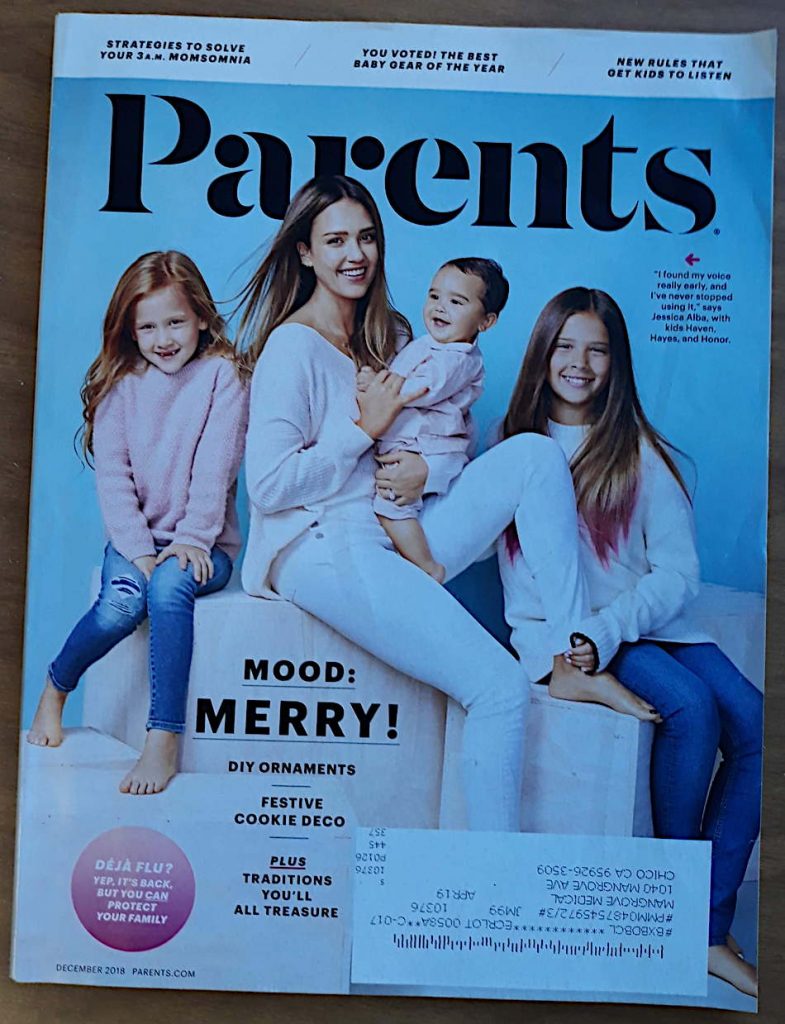 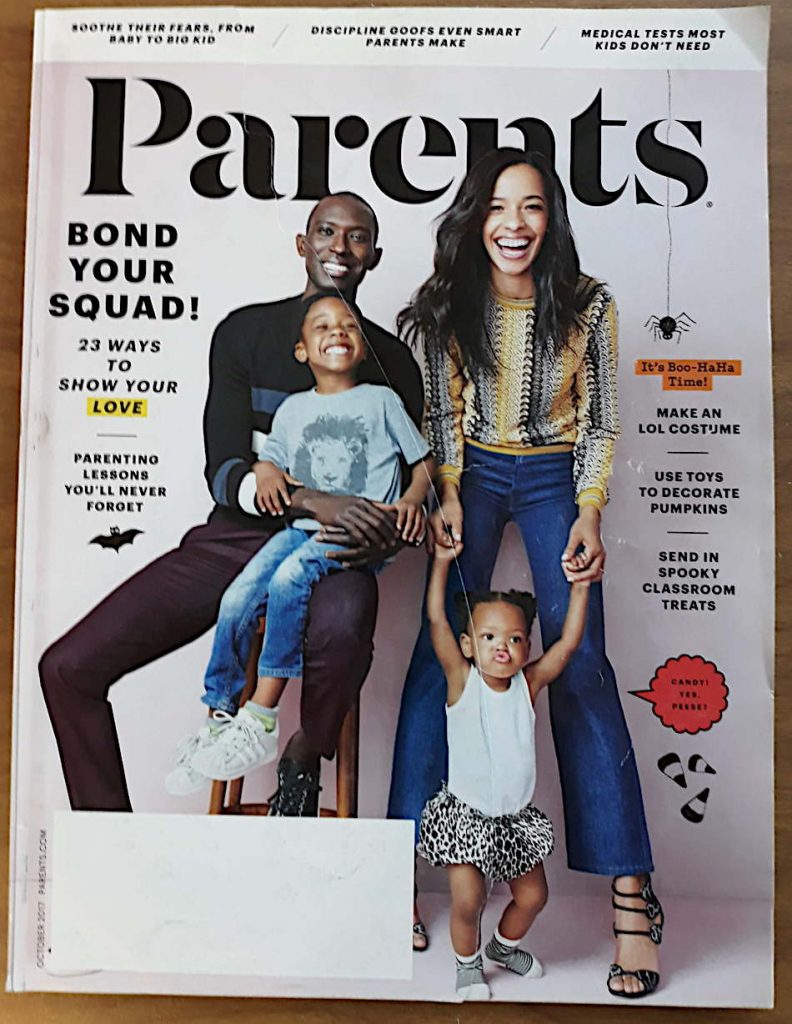 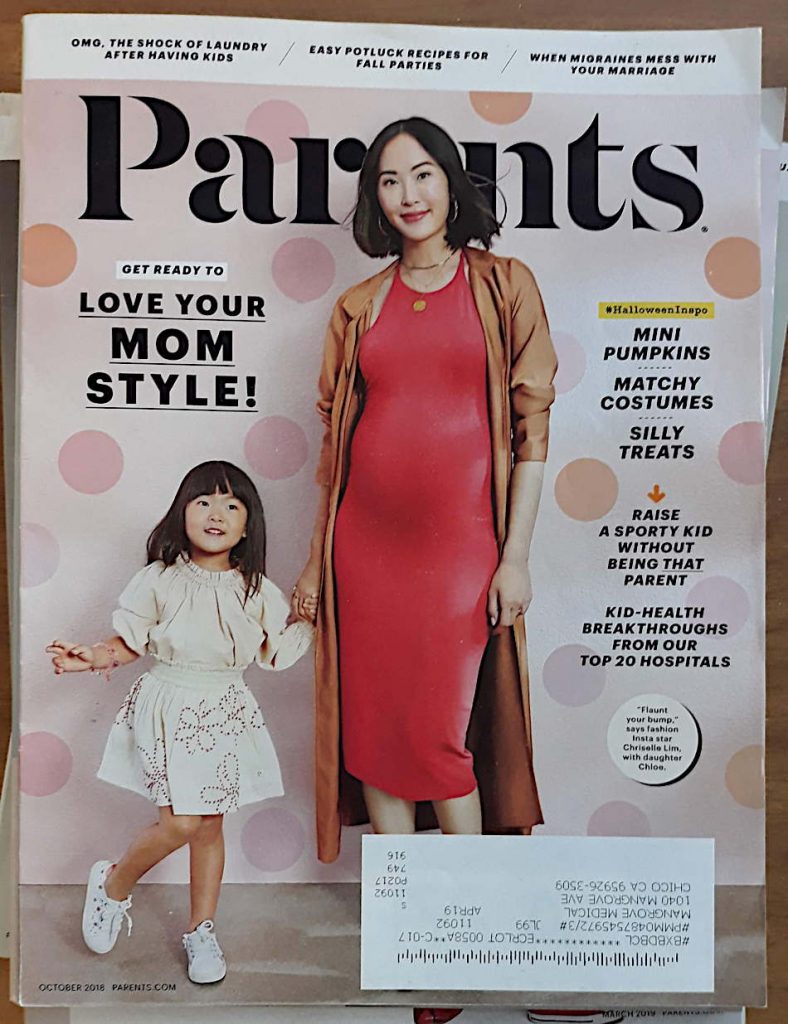 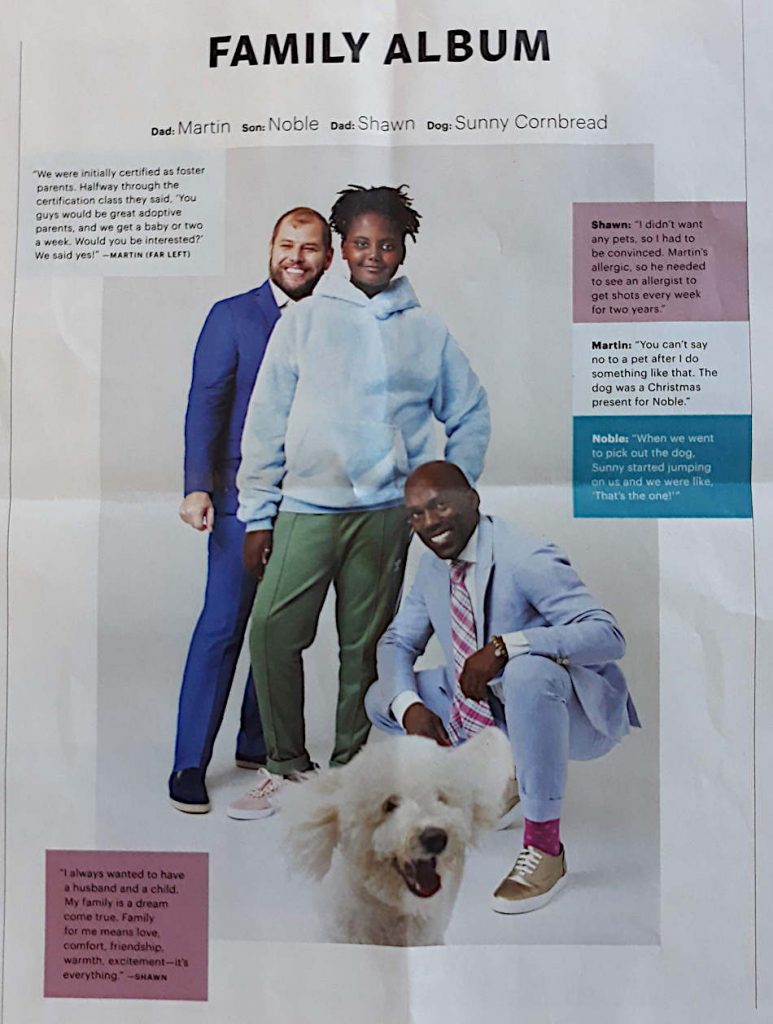 This same spread also appeared in “Family Circle,” just in case anybody missed it.