The Simple Reason Why They Hate Columbus Day 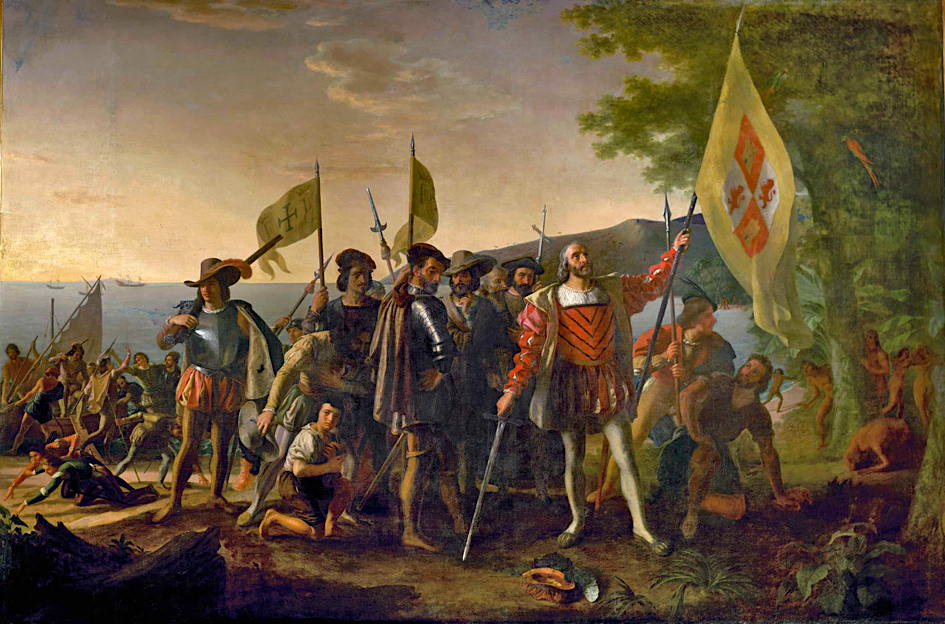 “He brought civilization to a new world. That is why they hate him.” — Don Surber

Christopher Columbus – As I saw that they were very friendly to us, and perceived that they could be much more easily converted to our holy faith by gentle means than by force, I presented them with some red caps, and strings of beads to wear upon the neck, and many other trifles of small value, wherewith they were much delighted, and became wonderfully attached to us.

Afterwards they came swimming to the boats, bringing parrots, balls of cotton thread, javelins, and many other things which they exchanged for articles we gave them, such as glass beads, and hawk’s bells; which trade was carried on with the utmost good will. But they seemed on the whole to me, to be a very poor people. They all go completely naked, even the women, though I saw but one girl. All whom I saw were young, not above thirty years of age, well made, with fine shapes and faces; their hair short, and coarse like that of a horse’s tail, combed toward the forehead, except a small portion which they suffer to hang down behind, and never cut.

Weapons they have none, nor are acquainted with them, for I showed them swords which they grasped by the blades, and cut themselves through ignorance. They have no iron, their javelins being without it, and nothing more than sticks, though some have fish-bones or other things at the ends.

They are all of a good size and stature, and handsomely formed. I saw some with scars of wounds upon their bodies, and demanded by signs the of them; they answered me in the same way, that there came people from the other islands in the neighborhood who endeavored to make prisoners of them, and they defended themselves. I thought then, and still believe, that these were from the continent.

It appears to me, that the people are ingenious, and would be good servants and I am of opinion that they would very readily become Christians, as they appear to have no religion. They very quickly learn such words as are spoken to them. If it please our Lord, I intend at my return to carry home six of them to your Highnesses, that they may learn our language. I saw no beasts in the island, nor any sort of animals except parrots.

Previous post: The Practice of Ritual Defamation: How values, opinions and beliefs are controlled in democratic societies.