The Shoes of No Fisherman 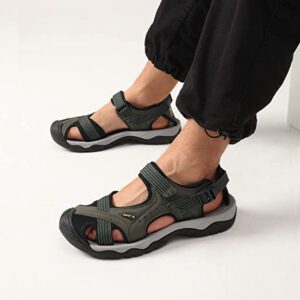 Now that the heat of the summer has relocated to my feet for the winter, I think I can tell about that strange hot, flaming hot, day in August when I gave my sandals away.

For some years now my small affliction has been something called “peripheral neuropathy” aka “The Hotfoot.” Without going into the “woe is me“ details it’s an affliction of the nerves that makes your brain feel as if your feet are burning when no such thing is happening; think “fake news from your feet.” It’s a mystery and it has no known “cure.” It’s persistent and it can be annoying, even painful, especially at night when trying to sleep.

As a result, shoes have become important to me. Of late, the shoes that work in the hot, hot summers of Chico, California, are sandals. I wear them all the time and as a result, I often have to buy new ones. I did this back at the beginning of August when the days in Chico averaged 99+ degrees — with the highs coming in at around 110. Ordered online the sandals came in two days and I was pleased to have them. They fit well and gave my feet a little less heat even when walking across the asphalt parking lot in the midday sun. The brand-new sandals were a “win,” as the kids say.

New sandals on I got into my car and drove off to the Safeway market about two miles down the main road in this part of town. The car was, of course, air-conditioned as was the apartment I left and the store I was bound for. Inside it was around 72 and outside it was well above 100. The sidewalks of the summer town looked hot and were hot. Very hot. Even in the shade, which was sparse at midday. Sparser still were the people out on the burning sidewalks at midday.

I was heading south on the road to Safeway, music on the radio, and nicely cooled thank you.

He was heading north on the sidewalk. No music and no anything else. He looked previously young and had a large and food-stained white beard. Below that, his chest was bare and smeared with the caied grit you get from sleeping rough for months. He wore a pair of plaid Bermuda shorts pulled out of some pile of rags and caked with the kind of grime you get from sleeping rough for months.

That was it. He had nothing else and, on the broiling sidewalks of Chico in August, he had no shoes on his feet. And although I went past him at more than 30, I could see from the wincing that he was feeling every step.

No matter. I shrugged that observation off — don’t we all? — and continued on my way to the Safeway to top up my supplies of fresh fruit and ice cream. In a blink, the man hobbling on the street in bare feet was forgotten — aren’t they always.

Shopping completed I endured the 100+ heat of the parking lot for all of twenty seconds and drove back towards my home in my air-conditioned bubble. Mission accomplished.

Coming up to my street, the lights changed holding me at the intersection. At which time the man in the grimed caked shorts and bare feet crossed in front of me. On the sun-softened black asphalt. Moving in such a way that you could see the burn go from the asphalt, through his feet, to his brain with every step.

A moment’s regret and then my unworthy thought, “Well, that’s HIS problem.” He got across and continued away from me down the sidewalk next to the large Prompt Care parking lot. I turned the corner to drive home.

That’s when I stopped being the person who was driving my car.

I’d gotten about fifty yards down the street when my car began to steer left into the Prompt Care parking lot. I didn’t do it but I couldn’t cancel it. The car swerved into the parking lot and then drove back to the edge of the lot across a long strip of asphalt and a short patch of grass next to the sidewalk where the grime-spattered man hobbled.

The car stopped and I then had to — had to — get out of the car and walk across the asphalt and green to where the man was.

“Hey man, what size shoes do you wear?”

“Your feet. What size shoes?”

“These are twelve. They’ll work.”

“Take these.” (Removing them from my feet) “They’re new. Worn them less than an hour.”

I held them out and he took them and put them on. “Thanks, man. Thanks a lot. Really.”

And he stepped away with his feet shod. I turned to go back to my car which is when I discovered I had to walk across at least ten yards of sidewalk and sun-softened asphalt in my bare feet which were, I recalled, in a constant state of hotfoot no matter where I was. I hot-footed it back to the car and got in waving at the man who was now making his way down the sidewalk without wincing.

Just then he called to me, “Hey, you got any water?”

“No,” I said and put the car in reverse.

Which is when the car stopped again.

Because I did have water in my almost brand new “Kleen Kanteen” aluminum water bottle. It was a gift and sort of expensive, but it had water. I honked the horn and waved for him to come over. He did and I handed the Kleen Kanteen to him. He took a long drink and went to hand it back.

“Keep it.” And with that, I was free to drive my car again. Back to my apartment. Back to, I forgot, a long walk from my parking space across a very hot stretch of summer asphalt. It hurt but not for long. Then I was in my apartment and standing in about three inches of cold water in the tub. My feet cooled and my vainglory warmed up.

Yes, there’s nothing like a good deed to give a man an enhanced estimate of himself. Which is not the point of the good deed but is, often, the reward we give ourselves for sacrifice. It’s that cheap feeling of

“He stuck in his thumb and pulled out a plum and said ‘What a good boy am I!’ ”

After all, there was no “real” sacrifice. I gave my shoes away because I knew I had more, less new but still serviceable, sandals at home. In fact, I had three pairs. So any “gift” I made cost me only some moments of transient pain in a couple of parking lots. The pride and self-puffery I got out of the gesture more than compensated for the shoes. But then realizing that made me ashamed of myself and I tried not to tell the story. But I did because, well, it was my story to tell. But I didn’t write it out because it seemed to lack an ending. It was just an incident and not one I remained proud of but only disappointed in.

Then a month and a half went by and I saw the sandal man again. Same street, same time of day, but cooler now as we edged off into autumn through Halloween.

I stopped at a light next to the drive-through espresso stand on Mangrove. He was standing there on the other side waiting for the light. We were held there for about 30 seconds. And I noticed he had changed.

He was dressed, cap a pié, hat to sandals. But he was dressed in the full motley costume of a medieval fool. It was a complete look without a trace of grime. The strange fool’s cap in stuffed tendrils bobbing about on his head. Underneath that his white beard was cleaned of stains as was his clothing. He had a top doublet and clean pale shorts. Above his beard, he had some coke-bottle lens glasses with lime green Elton John frames. He was pushing a small shopping cart with a couple of Safeway grocery bags in it. And he was still wearing the sandals.

It was a strange 30 seconds at that stop light and he did not notice me at all. Or if he did he made no sign. He looked for all the world as if he had come upon changed circumstances and better days. But it was running up to Halloween so maybe he was just off to some haunting homeless party. I’d never know.

Then the light changed and we both went on our separate ways. Just two of God’s fools trying to find their way through a broken world.