The Road Home (Today October 13th Is My 10th Rebirthday) 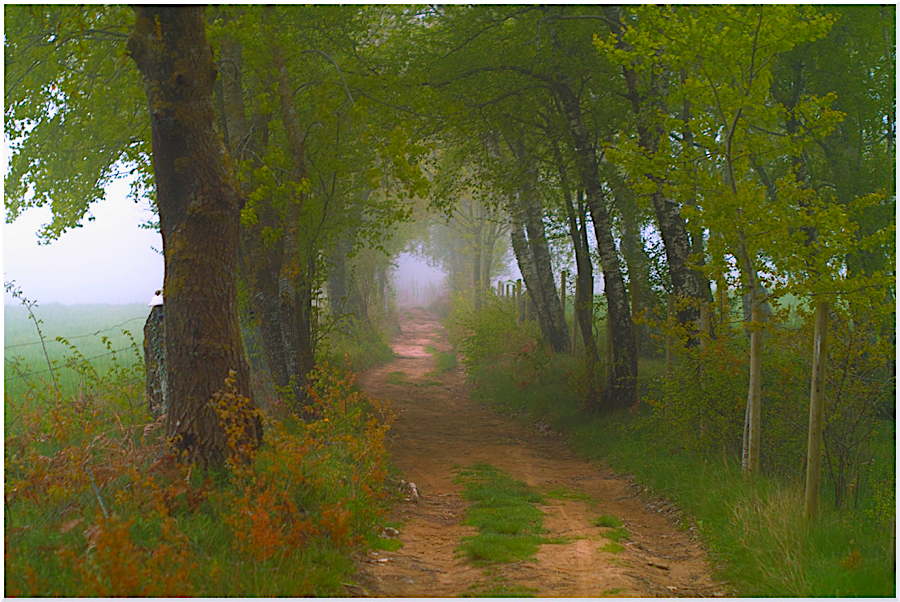 Have the gates of death been opened unto thee? or hast thou seen the doors of the shadow of death? — Job 38 17

When people find out I dropped dead on October 13 of 2011, they often ask me if I saw “the white light.” They are disappointed when I tell them I did not. They’ve come to believe in the light, believe in it in a very literal way. They’ve heard the light is seen and they’d like continuing confirmations of this sighting. My report always, as I said, disappoints. It would seem for some, even though I was dead, I was not dead enough.

Still, I was dead and I am sorry to disappoint in not being able to report anything other than a timeless blank between two moments; a dark with no dimension or duration between a light and a light. In fact, there was not even the dark.

The light of life left me in one swift instant much as the light goes out when you flip the switch to “off.” The light of life returned to me in the very next instant as if someone slowly turned up a dimmer switch in a small room.

One moment I was standing on my front porch looking at children running about in the playground across the street. The very next moment I was looking up from my bed at the sound-muffled ceiling of the ICU in Harbor View Hospital in Seattle. A voice like footsteps coming closer down a long hallway was repeating and repeating, “You are in Harbor View Hospital. You’ve had a heart attack. It’s daytime….”

Thus, after being held in a coma for 11 days, I was returned to life.

Between those two moments I have no information to report since, to my mind and memory, there are no moments between those two. Not one. They are found side by side in my mind; an enjambment bracketing a caesura. The 11 days between them have no duration at all. In a sense the only clue they provide in their utter nonexistence would be one to the true dimensions of eternity.

Some people seem to think that, with no light to report, my cut-rate resurrection is something rather modest, a common outcome of our enlightened, medically advanced age. Something available to all. They express thanks that the 911 medical crew got to me as fast as it did and knew how to, in effect, jump start my heart. To those I cannot satisfy with a comic book resurrection mine seems only a mundane report on a modern medical technique. They don’t find it miraculous. But that is only because they are deaf, dumb, and blind to the miraculous.

I am not. It was my personal miracle. And a miracle it was. Returned to life by the unfathomable grace of God.

The roots of my miracle go back many years and begin, as so many things do these days, online in a long correspondence that became, in time, a deep and abiding friendship and love. Part of that love entailed that, although we lived in separate towns on separate coasts, we spent some parts of each year visiting. In this particular autumn, she was visiting me. She had been due to leave several days earlier but decided — for obscure reasons — to extend her stay another week. And on this particular October 13th, she had — for obscure reasons — postponed her regular daily walk and, upon return, postponed her regular post-walk shower. This meant that during the time she would normally be either out of the house or under running water she just happened to be standing nearby when my heart stopped dead. The result was that she started the 911 response within seconds after I stopped breathing. Because of this the three rescue units dispatched to save me came within minutes, returned me to life, and transported me to the hospital where I spent the next 11 days suspended between a light and a light.

Some seem to feel that miracles only happen in the center of a bright light with a large boom and a loud voice out of a whirlwind; Imax miracles in Surround sound. Perhaps they do. I’ve no experience with those miracles. My experience has only been with the miracle of a long chain of small events, happenings, and abiding love that have given to me these nine years of being alive in the midst of the miracle of Creation; Creation as it is, both miraculous or mundane.

Today though, it strikes me that I have a new birthday — a ‘rebirthday’ if you will. And that’s what I am going to celebrate for as many years as are left to me, my Rebirthday.

After a long, long string of dry sunny days this day, Friday the 13th of October in the year of our Lord 2020, is dry and sunny. The smoke from the fires that came after burned up to the borders of my town of Paradise in 2018 lingers in the air. In previous years I would have grumbled at the smoke. Today I am going out for a long walk in Bidwell Park and breathe deep the smoke of this world without complaint, and let the light of God’s Creation rain down upon me.

Today I know I am both blessed and, as we all are on every day in this mysterious life within the light, reborn as I am every day, reborn within the miracle.

As are we all.