The Parks of Minneapolis: A status report from AD reader Gordon Scott 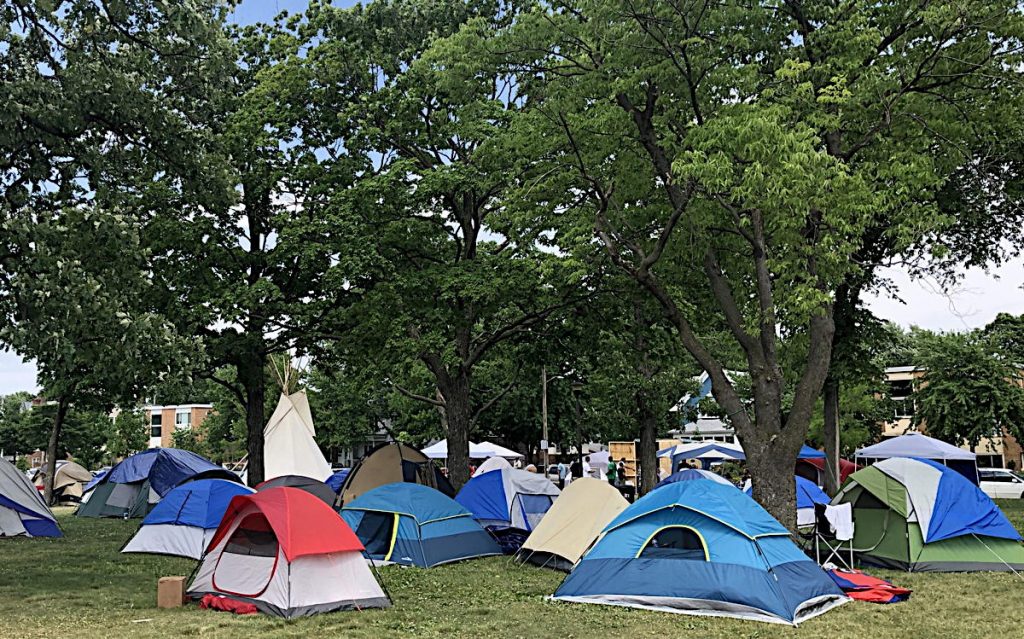 Gordon Scott: In Minneapolis, we have an extensive and fabled park system. It deserves the accolades. It really is nice and has been well run for 150 years. The parks are managed by an elected park board, which has its own police force (which has just disassociated from the Minneapolis PD, or is pretending to have).

Even when the city council was full of idiots, the Park Board was kind of the grown-up in the room. But in the last election, the progs ran a full slate of candidates and got a working majority on the board. The first thing they tried to do was to quadruple their pay. That didn’t fly. But now, they’ve topped that.

They have handed the parks over to the lunatics and the dope fiends.

By vote of the board, they are allowing this years’ crop of venal vagrants to live in the parks, and are providing portapotties, running water, and other support services.

This will not be popular even with the proggies in the public. They kind of like being able to use the parks freely and without having to scan for needles and shit. If your dog takes a dump and you don’t pick it up immediately, that’s practically a felony. But if humans shit and walk away, well, cultural enrichment or some such nonsense. And despite all of the provided facilities in the parks, there are those in the polyester domicile community who want to live free, and will stumble past a just-cleaned porta to crap wherever.

But all of the guilty rich people are showing up to donate tents, food, clothes, soap (like anyone is gonna use that!) and money, and that means that all of their welfare payments can be cashed out to buy dope. And if you accidentally set yours and your neighbor’s tent on fire with your torch, hey, no problem, there’s plenty more.

Last year’s Freak Fest was policed by the “AIM Patrol” allegedly associated with the ever-available and yet never accountable American Indian Movement. They were loudly and emphatically anti-drug and kept those Narcan injectors ready for the inevitable ODs. Once in a while, carefully staged for the cameras, they would roust an unoccupied tent, proclaiming it was the den of a notorious dealer. The tent and contents would be smashed and thrown in one of the city-provided dumpsters.

The thing is, the AIM Patrollers knew exactly who and where the dealers were. In some cases, AIM Patrol controlled the supply and in others, the dealers paid protection to the AP. But drugs were never, ever, in short supply.

Minneapolis police are reporting great difficulty in getting to and investigating the rather numerous shootings happening lately. Mostly Peaceful Protesters are sometimes grappling with the cops, and interfering with ambulance crews. I hate to think about what’s going to happen in Powderhorn Park when the rapes become too numerous and obvious to ignore.