The Orchard at the End of Paradise 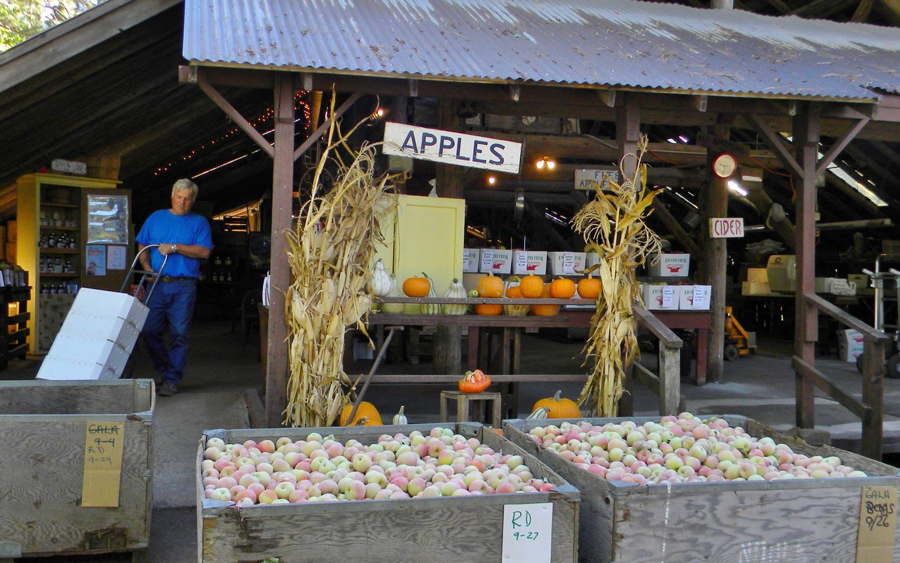 If you can bear to hear the truth you’ve spoken
Twisted by knaves to make a trap for fools,
Or watch the things you gave your life to, broken,
And stoop and build ’em up with worn-out tools… 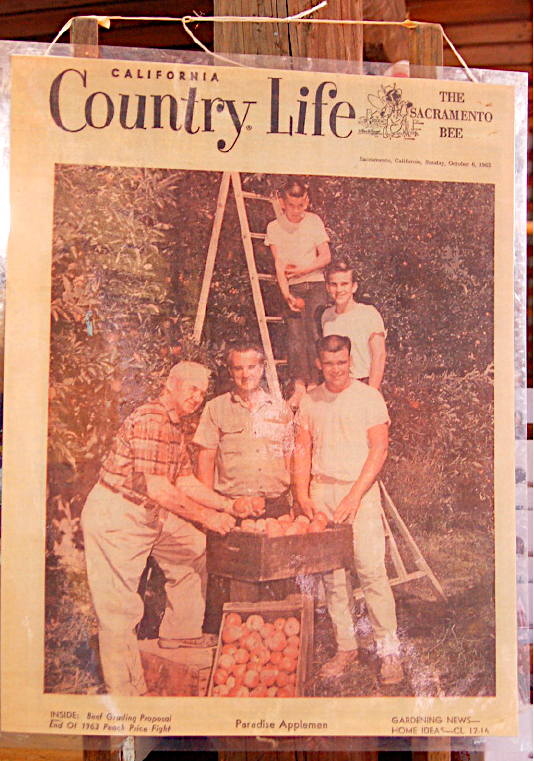 I had a boyhood once in Paradise.

On the cooling November mornings of the mid-1950s when all the 40 apple orchards of Paradise were clothed in deep green leaves and, with the red to gold globed fruit making the boughs of the trees bow under their weight, it was a great time to be a boy with a bicycle in Paradise. On those mornings, if freed from classes at the Paradise Elementary school, my brother and I would ride up Sawmill road past the feed store to Pentz and buy the newest comic books they sold, and then we’d ride on from there.

Soon we’d come to the southern edge of the last orchard in on the northern border of Paradise, Noble Orchards. There, in the fashion of schoolboys, we’d sneak into the orchard and climb up a tree. There in the nooks and branches, we’d pass the afternoon reading comic books from the feed store and hooking apple after apple from the orchards. The sun, even in early November, was warm as I remember it.

Then again a lot of memories from my boyhood in Paradise have warmth associated with them. Maybe it was the heater that my father turned on every morning and that I sat in front of, cross-legged and reading a book. Maybe it is just in the nature of memory to add warmth to the better moments. But for whatever reason, those long lost memories of a ten-year-old boy hold firm and at their center was the last orchard in Paradise, Noble Orchards. 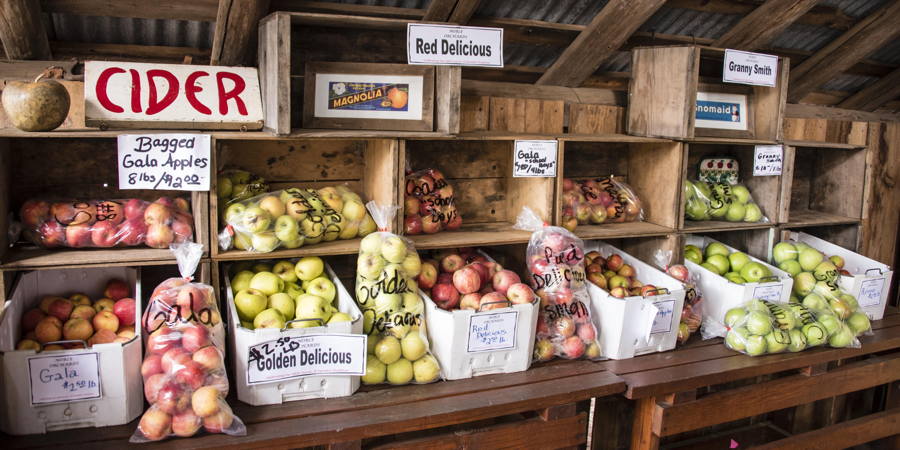 When I returned to Paradise as an old man there was only one commercial apple orchard still in business in Paradise, Noble Orchards. By then it not only had many varieties of apples but peaches and plums and other stone fruit as well. It was in its 99th year owned by the same family, the Noble Family. It boasted a rustic barn in which the bins and boxes of fruit were stacked high as well as crates of apples and peaches and fruit for sale amid the old barn beams and slake shingled roof.  It offered cider too during the cidering season as well as an ambrosial apple butter until increasing regulations from the state of California made it impossible to make the apple butter in small batches.

At that time the Nobles of Noble Orchards had a Willys Jeep that they’d bought in a crate from WWII surplus and put together like kids today assemble Lego models of the space station. It would bang about in the orchards but without a muffler, so we’d hear it coming and skedaddle down the road to home on our Schwinns. Sometimes we’d hear the Noble fellow shout after us but in truth, he never tried to catch us very hard. 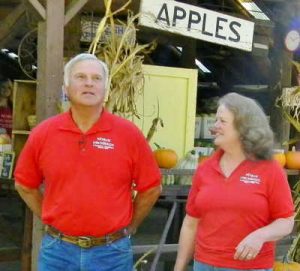 The first time I visited as a man, after 60 years, I confessed my school boy apple stealing sins to Mrs. Noble. “Those apples,” she scoffed. “We have them still. We call them ‘schoolboys’.”

The Nobles themselves are a handsome couple whose lives have been devoted to keeping the family orchard alive and bringing their fruits to the people. Mrs. Noble is a booster and a fixture at all the local farmers’ markets offering samples to all and sundry. Mr. Noble stays behind to manage and harvest the fruit from the orchards. He still would bang about the orchard looking for the invasions of bears in the same banged up old Willys Jeep his grandfather put together. They’re the kind of people you want to know when you first meet them. They’re the kind of people you’re proud to know.

And when I returned to Paradise Noble Orchards were, in all senses of the term, the last orchard in Paradise. All the others were gone, taken by relentless changes in the orchard business. But the  Nobles were still there, their green stone house still there, the Willys Jeep still there. Unchanged and unchanging.

Yesterday morning I met the Nobles again in the long line for FEMA signups at the Baptist Church and shelter. There they were. They were, to my joy, there and alive.

And they had nothing… or next to nothing.

With a self-possession I don’t think I could muster, the Nobles told me they’d lost all the buildings at the orchards and barely got out. They drove and ran and drove themselves through the tunnel of fire on the Skyway and emerged into the life-giving blue skies and your deliverance. Their family all lived. Even their two dogs, who they thought lost, were rescued by the Highway Patrol at the last moment.

And now the Nobles stood in line at the FEMA offices trying, at something near my age, to start again.

“It’s all gone,” Mr. Noble said. “All except the trees. The orchard survived.”

“What? How’s that possible?”

“My trees were still all green and full of leaves and fruit. There was a fire break I put in years ago and have been improving. When the fire got to our place there was no easy food to be had from my apple trees. They were too moist and out of reach. The fire went around them. My trees are still there. The orchard made it.” 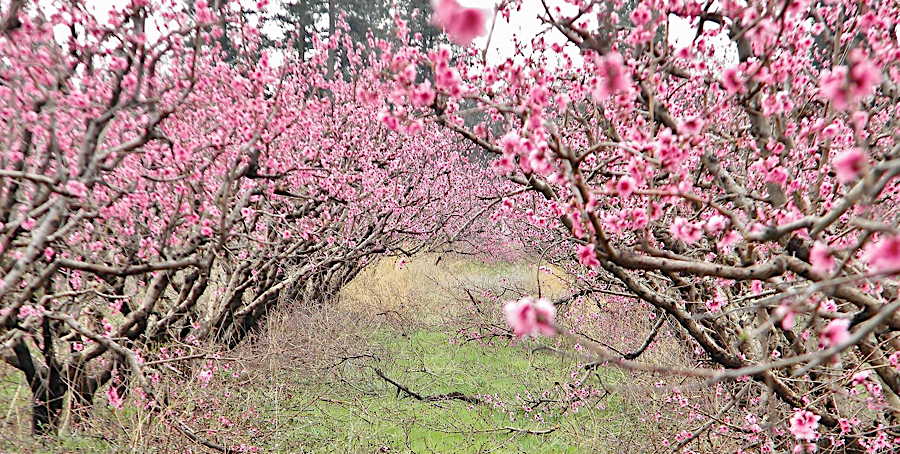 We stood in the cold morning wind in the South Baptist Church out on 99. He had on a plaid shirt that he’d picked up at some local pile of clothing and a coat over the top of that. It was what he had. Mrs. Noble stood next to him wrapped in a thick and heavy sweater. It was what she had.

A  man came out of the snug and warm FEMA offices where they were beginning to accept applications for relief. He said, “They’re only taking applications from people in shelters. The rest of you will have to come back tomorrow.” Mr. and Mrs. Noble took that bit of bureaucratic blather in with the shrug and quiet thoughtful look of those who are getting used to the long nightmare their efforts to reclaim and rebuild the work of four generations of Nobles on their land.

“We don’t know yet. But my trees are still there. When we can back into our orchard I’m going to start working so that, next November, the will be a fresh crop of Paradise apples. Did I tell you the old Jeep probably made it? I had it parked out in the middle of the orchard. Yes,” he said, “next year we just might be able to get a new crop in. God willing.” 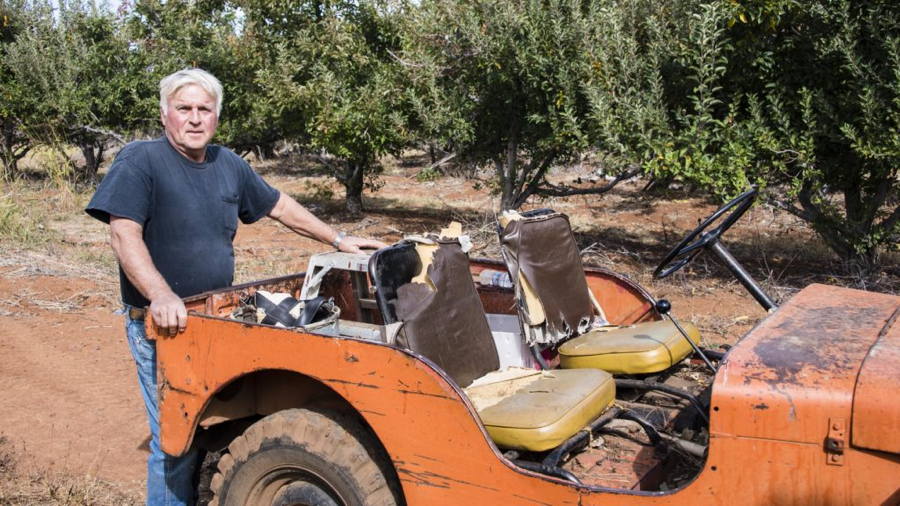