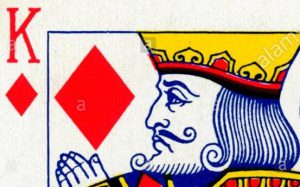 Several weeks back, after hundreds of assuring and calming comments, I had my left eye operated on to remove cataracts and insert a new, artificial lens.  The most immediate effect right after the operation was — according to my sister-in-law — a very stoned afternoon at my place waiting for the aftereffects of the anesthesia to wear off. She later confirmed that she was not feeling relaxed when, upon returning home, I whipped out the cast iron skillet, various knives, and other sharp-edged tools, and cobbled together a grilled ham and cheese sandwich while talking to it. Not my usual bill of fare but I’m sure it seemed like a good idea to my seething cranium.

After that, it was a couple of days of taking good care of my left eye so as not to undo what had been done with a careless eye rub. At night I wore a protective eyeshield.

Then there was the morning after.

At first, you are not sure what is going on with your vision. What you are seeing seems like your regular vision only, well, washed and cleaned. Things seem slightly sharper and this impression only grows more distinct with, indeed, every passing hour. It is as if your sight, compromised for many years, was slowly and deliberately being returned to you; as if some hidden rheostat was being steadily turned up.

But, as it turns out, that is only, well, half-true.

I can now see two different universes from my illusory position at the center of creation depending on which eye I use. If  I shut my right, uncorrected eye everything is crisp and bright and shows its true colors. But if I shut my left eye, the world is all slightly sepia-toned — everything has a vague yellow/brown tint to it.  It is as if I moved within an old nostalgic universe or a fading photograph’s memory of one.

With both eyes open it would seem that they have made a deal between themselves and I exist in a world half-tint and half-clear. Most of the time now I go about without remarking on it very much but yesterday I inadvertently left my place without the glasses that I have worn since 1988. Usually, I would turn around and get them but I really felt no pressure to do so. Everything seemed, if not exactly crisp and bright, but “good enough.”

Today everything seems, if I alternate eyes, still half-dim and half-bright. But those days are numbered. The right eye is due to have its cataracts removed and lens replaced soon. I won’t be sad to leave the one-eyed man behind. I won’t even be nostalgic for the sepia-tinted old-fashioned look my world used to have. If I want that I can always wear shades. In fact, I am actually heading for a place where I can say with some accuracy, “The future’s so bright I gotta wear shades.”

From where he rested the valley seemed as if it were in a pit and nearly a mile below. Already it was dim with haze and shadow, though the mountain summits around him were things of light and fire. The mountain summits around him were things of light and fire, and the little things in the rocks near at hand were drenched with light and beauty, a vein of green mineral piercing the grey, a flash of small crystal here and there, a minute, minutely-beautiful orange lichen close beside his face. There were deep, mysterious shadows in the gorge, blue deepening into purple, and purple into a luminous darkness, and overhead was the illimitable vastness of the sky. But he heeded these things no longer, but lay quite still there, smiling as if he were content now merely to have escaped from the valley of the Blind, in which he had thought to be King. And the glow of the sunset passed, and the night came, and still he lay there, under the cold, clear stars. — The Country of the Blind –

Next post: “Movin’ On Up!” Eating your pie in the land of White-White Racism when your black life matters more than any others