The Morning After the Night Before After the Day Before

Liberals Gather to Scream at the Sky

No, I don’t see these tow-heads as fringe-kookburgers. I see them as a direction where we’re headed. We haven’t quite had anything like this before, have we? We had the hippie movement. Before hippies, there were beatniks. But this is different. It’s a heading, I think, that won’t be changed until such time as some influence from the outside produces such change. The individuals might grow out of it, as real life challenges them to recognize reality & actually solve problems. But they will be replaced by more ditzy kids just entering the phase, so that it hangs around us like a bad smell. It is the price of our success, we have all these airheads who have time to protest about nothing.

Even McDonalds will need people to load frozen patties into the cooking robots, top off the ketchup and mustard tanks, etc. We just won’t have pre-literate Third World troglodytes and Common Core Trigglypuff grads trying to puzzle out how to input the burgers from pictures of same, and make change for a twenty without taking off their shoes. That’s akin to telling me that the DMV will be replacing the fifty people doing make-work jobs with five machines that will actually work, without taking two-hour potty breaks, and don’t come with a pre-loaded Entitlement Chip and surly attitude. (And, for the killer app bonus, machines don’t rack up annual accrual deficits against the state’s bankrupt pension fund. They also don’t get promotions, or need family leave. They just get melted down for scrap when they quit working.) Be still, my beating heart! 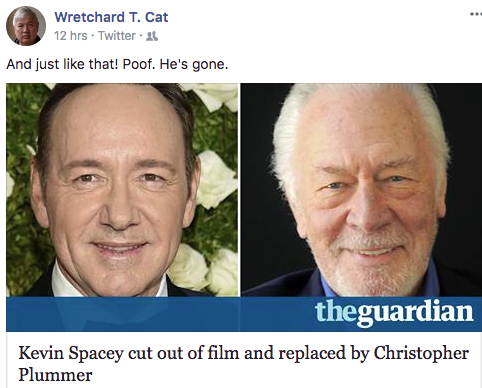 For those who want to strike a balance between consumerist amenities, natural beauty, and social connectedness, the Pacific Northwest is the place for you. In addition, small- and medium-sized cities in the Pacific Northwest and the Intermountain West offer a good balance between social capital and quality of life concerns. These cities have both the physical and social infrastructure to help people enjoy their community while also building the sort of emotional attachment required for long-term civic health. Unfortunately, the PNW is also loaded down with the worst shitlib Whites in the country, a veritable outpost of soylandia uptalkers and bluehair fatties. You have to get away from the coast before people start resembling normal, sexually dimorphic humans again.

Bannon: China Is ‘an Enemy of Incalculable Power, Not a Strategic Partner and We Have to Understand That’

“The Chinese Leader’s three-and-a-half hour speech a couple weeks ago was the single most important political speech of the 21st century. I think you could actually argue that years from now people might say it started there. Because he fundamentally went through how the Chinese Confuscious mercantilist authoritative model has beaten the West.”

“It’s their world now,” he continued. “They’re a hegemonic power. It’s not that they’re rising to be a hegemonic power. It’s not that what they always wanted to be was considered a great power along with the United States and Russia. They’re saying, hey, the game’s over. And by the way there are five things the Chinese are doing right now, one is called Plan 2025, which they will dominate, they laid this out a few years ago. They will dominate ten separate industries, including robotics, artificial intelligence, chip manufacturing, all by the year 2525 and they’re very far down the road in doing that.”

“Number two is one belt, one road, where they’re taking the geopolitical strategies of this guy named Mackinder, a Scottish guy and Mahan, who was this great theoretician in America that laid out what the British did in sea power. The Chinese are doing it. They’re tying together the central Asian countries with this Old Silk road. The World Island, who controls central Asia controls the world.”

The kids today : Essays in Idleness

According to a recent survey of “millennials” (or as I prefer, “the kids today”), about half would like to live under “socialism,” instead of whatever they have now. They are the latest generation educated, or more precisely idiotized, by our state school systems. Among my baby-boom contemporaries coming of age in the ’sixties, the proportion was about one-quarter. We need not wait more generations to forget completely the most obvious lessons of recent history. One has only to ride the trolley through Greater Parkdale to watch the little thumbs texting.

Chiefly, they want to be taken care of. They want to make the mess that others clean up. They want a paradise in which they will not be held accountable for their actions, one that will ultimately compass the execution of those to whom they have taken a dislike. By comparison to them, one might account the earlier, minority, socialist generations heroic in a way: they were willing to do their own killings. The kids today come late to this game.

By the humble method of hospital abortions, and in North America alone, we have already killed ten times as many as the Nazi death camps, though only half as many as the Communists. I know this is to reduce modern history to mere body counts; but anything more subtle would be lost on our millennials. Indeed, even the subtlety that abortion means killing a human being is lost on most of them, so effectively have they been infused with the euphemisms of progressive thinking.

Sense of Events: Enough warning flags about Devin Kelly to have started a semaphore battalion

This is a case of Templatus Interruptus:
1. Man commits mass murder.
2. Media and Dems blame weak gun laws and the NRA.
3. Oops – existing law covered it.
4. A federal entity failed to follow that federal law.
5. Hey, let’s talk about Trump pouring koi into a fish pond in Tokyo!
So, a federal agency, the USAF, failed to follow federal law requiring it to report Kelley’s domestic abuse conviction to the DOJ. The law is 8 U.S.C. 922(g)(9), which bans firearm possession by anyone âwho has been convicted in any court of a misdemeanor crime of domestic violence.â The USAF’s gross negligence was why Kelly was able to buy his weapon.

Jon Stewart Mill on Twitter: “Modern Westerners have the strange disposition of wanting to be cultural relativists across space, but moral absolutists across time.”

Modern Westerners have the strange disposition of wanting to be cultural relativists across space, but moral absolutists across time.

The Western progressives rule at all the kingly courts: in Hollywood, the media, elite universities, in Washington and Brussels. Today social justice means government, regulation, constant nudging, endless investigations of suspicious sexual activity and and an unblinking cross-examination of anyone in contact with Russia.

MOTUS A.D.: I Love Being Hated

What would Andrew Breitbart make of the country in general and the Donald in particular if he were still alive? I think that the man who invented conservative citizen journalism and activism would have LOVED Trump. How could he not?  Trump is the archetype of Breitbart’s everyman: an ordinary, outside the Beltway citizen disenfranchised by both parties as well as the media. Trump is the everyman who found his voice — yugely – and in the process the voice of millions of other disenfranchised Americans — the deplorables.  He also discovered the power of one of Andrew’s favorite media work-arounds (hint, TWEET, TWEET!), for better or worse.