The Miracle of the Nickel Bratwurst 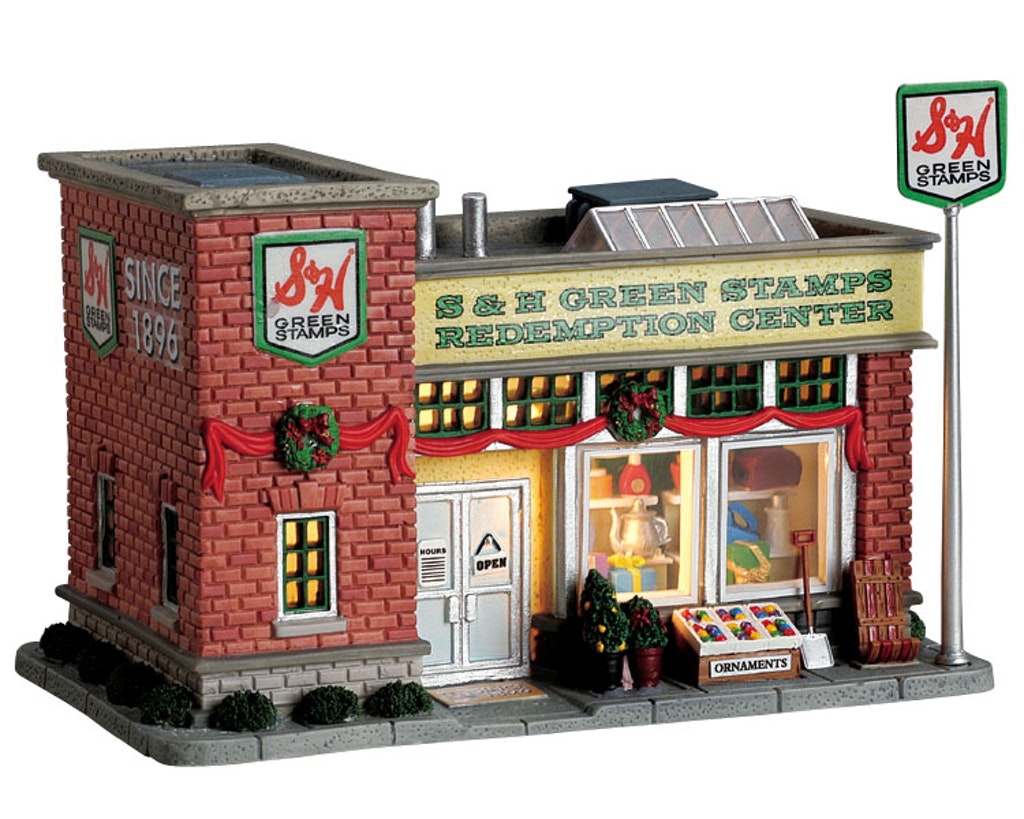 Those who, like me, are not part of the Trump salary boom but are in the economic situation which is gently referred to as “fixed income” learn to be always on the alert for the bargain, for the scrimp, for the save.  Be it a penny or be it a pound we know to a fair thee well the ancient McCawbrish recipe for happiness: “Annual income twenty pounds, annual expenditure nineteen [pounds] nineteen [shillings] and six [pence], result happiness. Annual income twenty pounds, annual expenditure twenty pounds ought and six, result misery.” 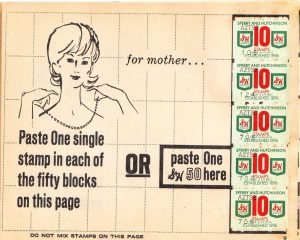 My mother was a genius at this art since she had, at 104, outlived her money by a good decade or so. I learned many life skills from her but could have learned much more. Still, she did in her closing years teach me the fine art of couponing right down to the neat little coupon wallet she used that kept coupons in nice and tidy sections to be whipped out at the cashier. When I was a child she was big into Green Stamps and would put my brother and me to work from time to time licking the piles of loose Green Stamps (in blocks and in ones and twos) and slapping them into the handy Green Stamp redemption books. Our reward for this chore would be three each of her much loved oatmeal chocolate chip cookies.

Mom passed down the recipe for her cookies and she also passed down a few of her saving money chops. Chief among these was to be alert for the almost expired “Sell By” markdown. This markdown is something I always look for whether flush or skint. She hardcoded it into my shopping DNA. She trained me to expect it and stalk it.

Stalking the sell-bys is one of my shopping habbits and it has been successful. But in all my stalking I would never expect a Sell-By miracle. And yet, there it was today gleaming in Raley’s markdown meats; a bratwurst as big as all outdoors — three days before its sell-by date — for a nickel: 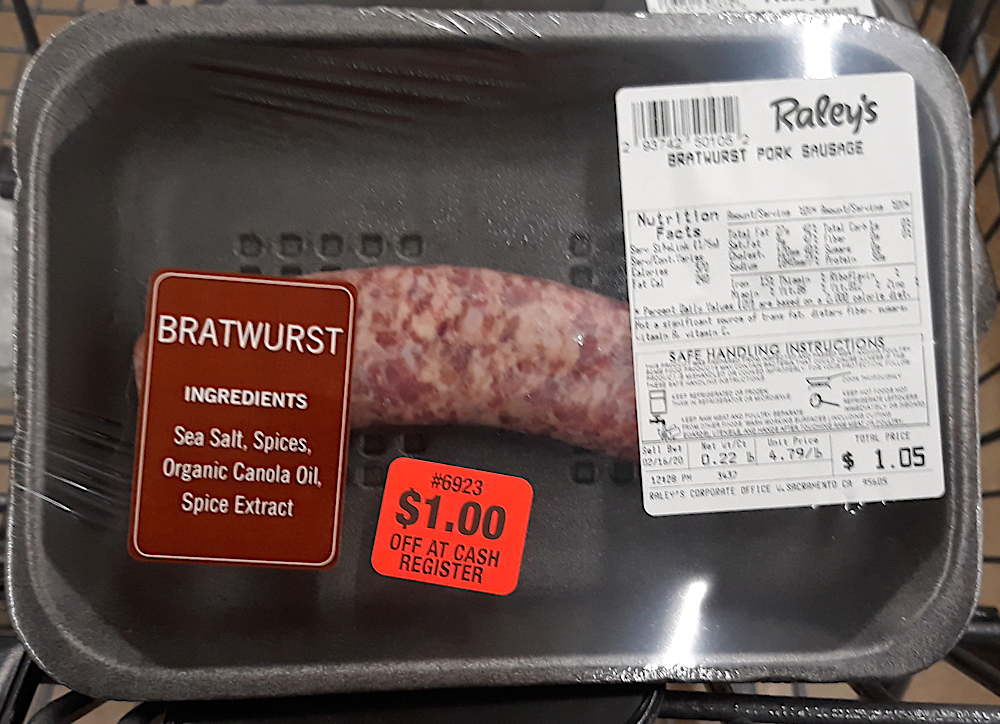 The phenomenon of getting a sausage for a price that would have been cheap in 1920 was so exhilarating to me that I promptly skipped off through the rest of the supermarket and spent at least twenty dollars more on groceries than I had planned, including a fresh-baked sausage roll at fifty cents — or ten times the price of the sausage itself.

When checking out the cashier scanned the package, mumbled: “That can’t be right.” I stood there as she looked down at the package and back up at me.

“It’s Raley’s finest hour,” I said. “It returns the American hot dog to its proper price of a Nickel. When’s the last time you saw anything that sold for a nickel? We don’t even notice the nickel since the dollar became the new dime.”

“How did you manage to get this?” she asked.

“My sainted grey-haired mother taught me.”

“She taught you well.”

“You have no idea. You’re not still giving out Green Stamps, are you?”

Next post: The Parable of the White Whale and the Good Ship “America” in 2020