The Magic of Childhood 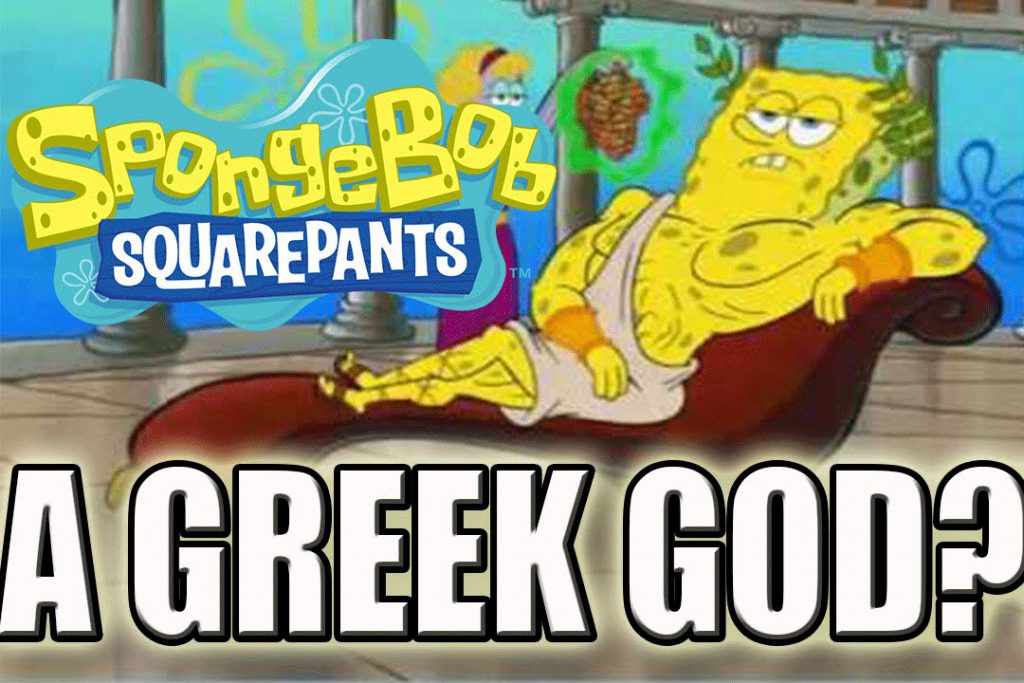 I’m not at all sure which pagan religion my 10-year-old nephew belongs to. Perhaps it is the arcane cult of “Nintendoism” with its secret rites of “The High Priests of the Thumb”. Perhaps he is an acolyte of “Transformerology,” which evidently commands him to amass enough Legos to build a Romanesque Chapel in the corner of his room large enough for himself and two friends.

I am disturbed that this unknown cult requires him to keep a graven image in his room that resembles a large square sponge with legs and a Satanic expression. From time to time, he is known to take trays of burnt offerings, in the form of charred circles of dough covered in melted cheese and a sauce as red as blood, into his room. The offering trays are later recovered, but there is no trace of the sacrifice, only vague stains of red on the sponge and rug beneath it.

I am not sure how or when he came by this religion. Perhaps he was converted during one of those dead of night gatherings known among his set as “sleep-overs.” Sure, they sound innocent enough, but I am positive that these are covens at which much arcane and secret knowledge is transferred.

No matter what the source or nature of his unknowable religion, one thing is clear about the dangers of it. He has become convinced that there is such a thing as magic. My fear is that he may be right.

I suspect this because I have witnessed this dark magic at work in my own home.

One often seen magical incident is what I have come to know as “The Ritual of the Spirit Shoes.” In this ritual, he discards his shoes at any place in the house in the sincere belief that they will appear lined up in pairs in his closet. This, you will be astonished to learn, is exactly what happens. They actually do appear in the closet within the next 24 hours. At times they even appear, if they sense they will be his choice of footwear for the day, next to the front door ready for his feet in a kind of reverse Cinderella moment.

I have come to understand that “The Ritual of the Spirit Shoes” is only one of the strange effects that come about through the intervention of  “The Magic Floor.” This “force” seems to be able to cause any and all items of his clothing discarded at any point in the house to vanish only to reappear, clean and folded, in his drawers and closets.

By far the most stunning proof that my nephew’s religion is dark magic with large mojo is what I have come to understand as “The Miracle of Toys and Games.”

As a 10-year-old boy, my nephew has no job, no prospects for a job, and is currently doomed to be a member of the hard-core unemployed for an unknown number of years. Because of this, he does not enjoy positive cash flow. In fact, if he has any cash flow at all, it is decidedly negative.

Still, he seems to have an ever-expanding number of possessions. No sooner does he obtain, through prayer, an X-Box than he calls out to his strange gods for a Playstation II and, poof! it appears. It comes complete with several strange circles of shiny metal that he places in the slot on the Playstation altar for an extended period of worship.

Objects of this level of expense must, it would seem, be chanted for intensely, and the chants repeated frequently, over a period of time. The more mundane items such as school supplies seem to be the fruits of silent prayer. Still, the miracle manifests itself on a daily basis when, without any tapping of his own horde of cash kept in a large brown cigar box, his possessions multiply around him.

All this happens behind his back and without any intervention from him while in a trance state. At this level of contemplation and meditation, he receives visions from strange beings that appear to him hour upon hour. Observing him in this state I can only conclude he is channeling his arcane gods through some mystical conduit that he calls “The Cartoon Network.”

I am not sure what messages he is receiving since those few visions I have been allowed to witness involves bizarre figures of a slightly oriental cast flying about on alien worlds. Other than flying and exploding, they are unmoving except for a vibrating crimson squiggle where their lips would be. I am not sure what gospel they are preaching. I am sure, however, that I am paying a monthly tithe for this on my cable bill.

No matter. Although it is a bit unnerving to witness the magical power of my nephew’s unknown religion, I am at least comforted to know that he, unlike so many of our materialistic children, has a rich and full spiritual life. That’s so important these days when the secular seems to be dominating so much of our culture. Since many of his friends seem to share the same religion, I am also gratified that he has chosen peers whose family’s values also accentuate the spiritual.

Yesterday I thought that I would help my nephew take one of his first steps towards adulthood by getting him his own wallet. In this way, I believed I could begin to show him how to be responsible for his own finances. On reflection, I have thought better of it. His religion is so powerful that he would simply take it into his room, mutter some words over it, expose it to the mystic rays beamed in via “The Cartoon Channel,” and it would be transformed into “The Boys’ Wallet of Wonder — Money checks in, but it doesn’t check out.” He would always leave home without it.  As long as he knew I’d brought mine along.

Next post: Noted In Passing: The "Badass MF" problem in the Black community

Previous post: Noted In Passing: Pssst! Pass it on.