The Lumpenproletariat of the Labyrinth 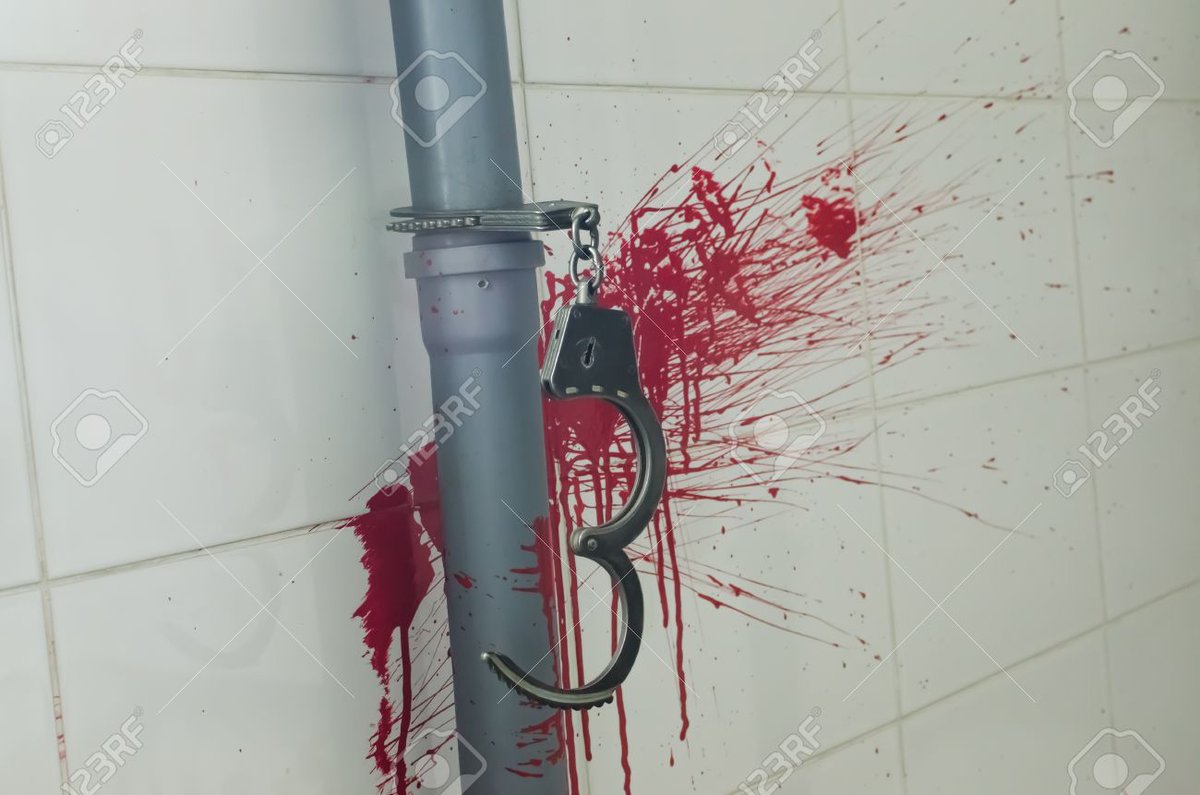 Stock photos have always seemed a little eerie, no matter what they depict; they are purely affective gestures, void of the visual difference that sets most photos apart as unique. In that way, an account like Dark Stock Photo is more of a fine-tuning of what makes the form so jarring to begin with. Warped Image — Real Life

There is absolutely nothing that so defines Leftism as anger. Converse or correspond with anyone on the Left for long enough and it becomes obvious that they are just plan mad at people, especially those who do not agree that they just know better than you do. So their commentary is, “smug, predictable, dismissive,” says Morrisey, “with all of the subtlety, wit, and artistry of a sledgehammer.” You either agree with them altogether or you are painted as a racist, homophobic, neo-Nazi, fundamentalist Christian, white supremacist, misogynist child of darkness. Who hates the government except in hurricanes.
Sense of Events: Let us mock Texans, their faith and their politics

The name of the second college is far worse. I’d prefer that it were named for Benjamin Franklin’s dog, rather than some colored lesbian who once attended the Law School, whom nobody not a communist had ever previously heard of. This level of Affirmative Action up-sucking to Identity Groups is just plain nauseating. Never Yet Melted » An Architecture Major from â94 Reviews the New Colleges

Where’s My Soma?   The university is a Liberal’s natural habitat.  Give them complete administrative control, an unlimited budget, and the ability to impose admission requirements, and you get a place where you can’t find a non-foodie restaurant and none of the milk comes from cows.  There are twelve coffee shops per bookstore, and the bookstores outnumber the auto mechanics by about 15:1.  And, of course, everything of consequence is run by white people, but the nice Diverse ladies who are such fun at cocktail parties make $300K per year chairing make-work departments that do nothing but issue unread Diversity memos.  Everyone’s gay, or wishes he was, and the days are spent squawking about outrages that happen far, far over the horizon. It’s static  — by design.  If you want a real challenge (and are current on your blood pressure meds), head to the nearest college town and try finding something to do that doesn’t involve sitting and staring at a glowing screen.  All the ballyhooed urban boho nightlife and culture” is really just the Brownian movement of shallow people drifting from bar to coffee shop to bookstore to fusion restaurant to experimental theater performance, all the while twittering and facebooking about how wonderful and uplifting and educational it all is.  The only emotion they experience is the dopamine hit that comes from being outraged about stuff, which confirms their smug superiority to the unwashed masses out in Flyover Country. 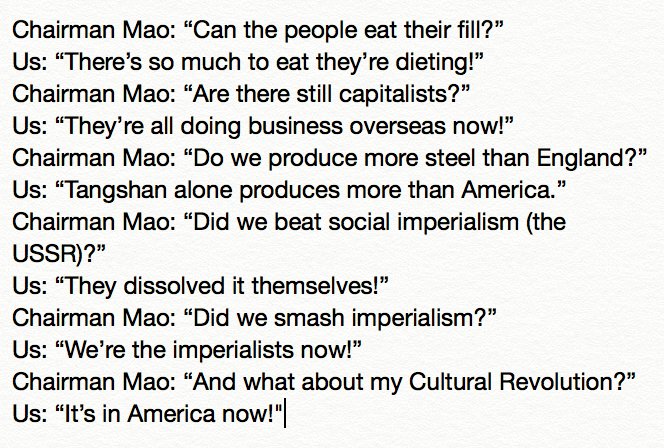 Southern Poverty Law Center Transfers Millions in Cash to Offshore Entities Millions in Salaries, $61,000 in “legal services:” “The minimum amount paid to an officer, director, trustee, or key employee in 2015 was $140,000 in base salary, not including other compensation. The group spent $20 million on salaries throughout the year. The SPLC, which claims to boast a staff of 75 lawyers who practice in the area of children’s rights, economic justice, immigrant justice, LGBT rights, and criminal justice reform, reported spending only $61,000 on legal services in 2015.”

Afghanistan, Bananastan: This weekend, leaders from Ole Miss Greek life convened upon Camp Hopewell in Lafayette County for a three-day retreat designed to build leaders and bring campus closer together. The retreat was cut short Saturday night, however, after three black students found a banana peel in a tree in front of one of the camp’s cabins. The students shared what they found with National Pan-Hellenic Council leaders, sparking a day’s worth of camp-wide conversation surrounding symbolism, intended or not. In the midst of the open and sometimes heated discussion, senior accounting major Ryan Swanson said he put the banana peel in the tree when he could not find a trashcan nearby. Greek life retreat ends abruptly with bias concerns 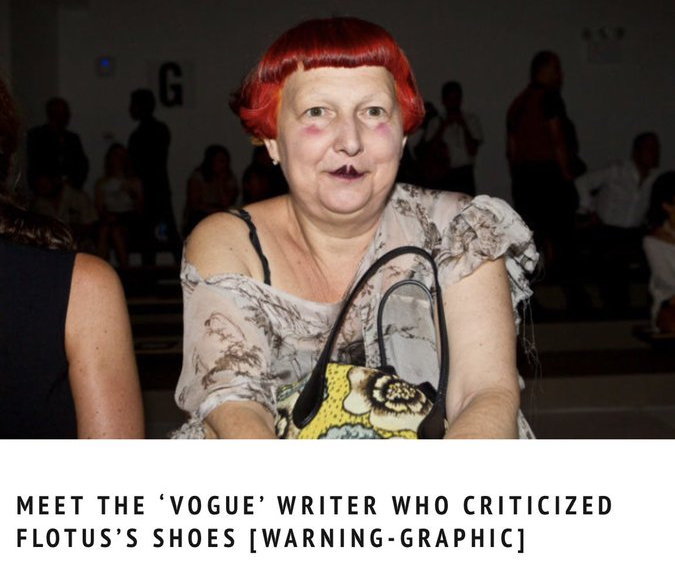 Suppose the public doesn’t really care about Melania Trump’s high heels? What then?

Preference falsification explains why the incumbent regime appeared stable almost until the eve of its collapse. People ready to oppose it publicly kept their opposition private until a coincidence of factors gave them the motivation and the courage to bring their discontents out in the open. In switching sides, they encouraged other hidden opponents to join the opposition themselves. Through the resulting bandwagon process, fear changed sides. No longer did opponents of the old regime feel that they would be punished for being sincere; genuine supporters of the old regime started falsifying their preferences, pretending that the turn of events met their approval. What Harvey Said 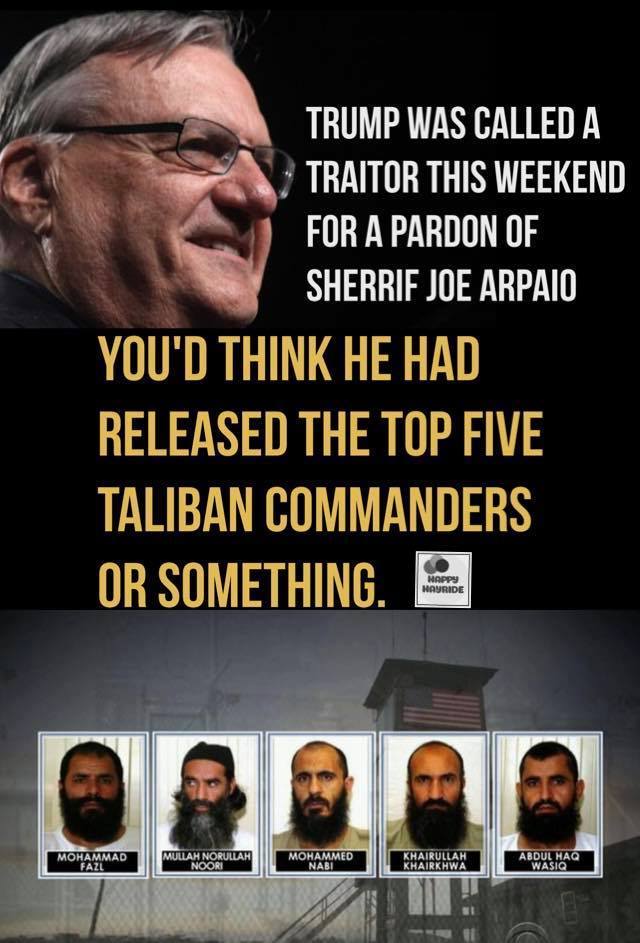 I’ve noticed that I’m not hearing anything about Russia from my FauxFacebookFriends who are stricken with “TrumpTourettes.” I sorta miss that nuttiness: “So we’ve gone from “Russia Russia Russia” to “Nazis Nazis Nazis” to “Statues Statues Statues”…now we’re all going to veer sharply away from our prior silly deliberations about “hate speech” versus free speech, and whether it’s okay to acknowledge more than one side in a dispute is bigoted & hateful and has violent intent, when one of those sides has something to do with Nazis. And with the desperate plight of our fellow country-persons in Texas and the gut-wrenching, life-altering crisis they face, re-focus on what really matters. Melania Trump’s shoes.” House of Eratosthenes

Squirrels Are Unintentionally Luring Bears to Railroad Tracks –  Red squirrels collect the leaked seeds in mounds called middens, and some bears have learned that middens make easy meals. A team of researchers from the University of Alberta surveyed middens in Banff and Yolo. They found that squirrel populations are more dense along the tracks, and their middens contain train cargo: canola and wheat seeds, as well as sprouted wheat, soybeans, and even the sulfur pellets used to adjust soil pH. The scientists also found that bears definitely associate these middens with the tasty seeds. In some cases, the bears dug up several feet to search for middens, and scat shows they have indeed been eating the seeds and sulfur pellets. Bears are known to raid squirrel middens in search of wild seeds, such as whitebark pine seeds, but only at high elevations, far above where the train tracks run.

Sultan Knish: A Great People Our culture has quickly forgotten that less than two decades ago, men carrying half their weight climbed to the top of the World Trade Center to save lives. They died there. The America of a hundred or even fifty years ago, would have immortalized them. Ours drowned them out in tantrums, in whines, in anger and outrage, in malicious noise. They were a dangerous reminder that we were a great people. And our destroyers desperately wanted us to forget. They wanted us to sink to the bottom. Not to rise to the moment. 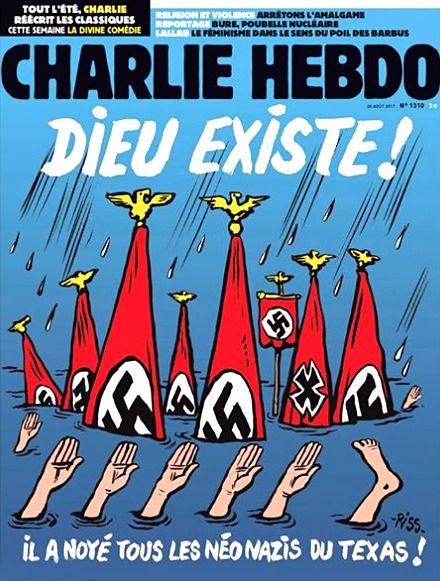 Are you living, or dying? Do you have much of a future as matters stand? With a 73% illegitimacy rate, and a rate of incarceration and early demise so high that only 81 black men are available for every 100 black women of marrying age, black America will die. That is the tragic truth. Are you asking for treatment, or for palliative care? Do you want us to treat you the way the medical profession used to treat terminally ill patients, who were kept in ignorance of their impending death? Is your “safe space” a hole to crawl into, a comfortable place to curl up and die? Are Some Cultures Superior? | Spengler

The Mystique of the American Diner, from Jack Kerouac to “Twin Peaks” The name “diner” first referred to railway cars in which riders chowed down (compare “sleepers”). Later, it was applied to rough-and-tumble eateries that catered to factory hands in late-1800s industrial America. In many cases, these establishments were, in fact, retrofitted boxcars, placed outside blue-collar workplaces to provide sustenance to the late-night crowds, with little emphasis on nutrition or decorum. 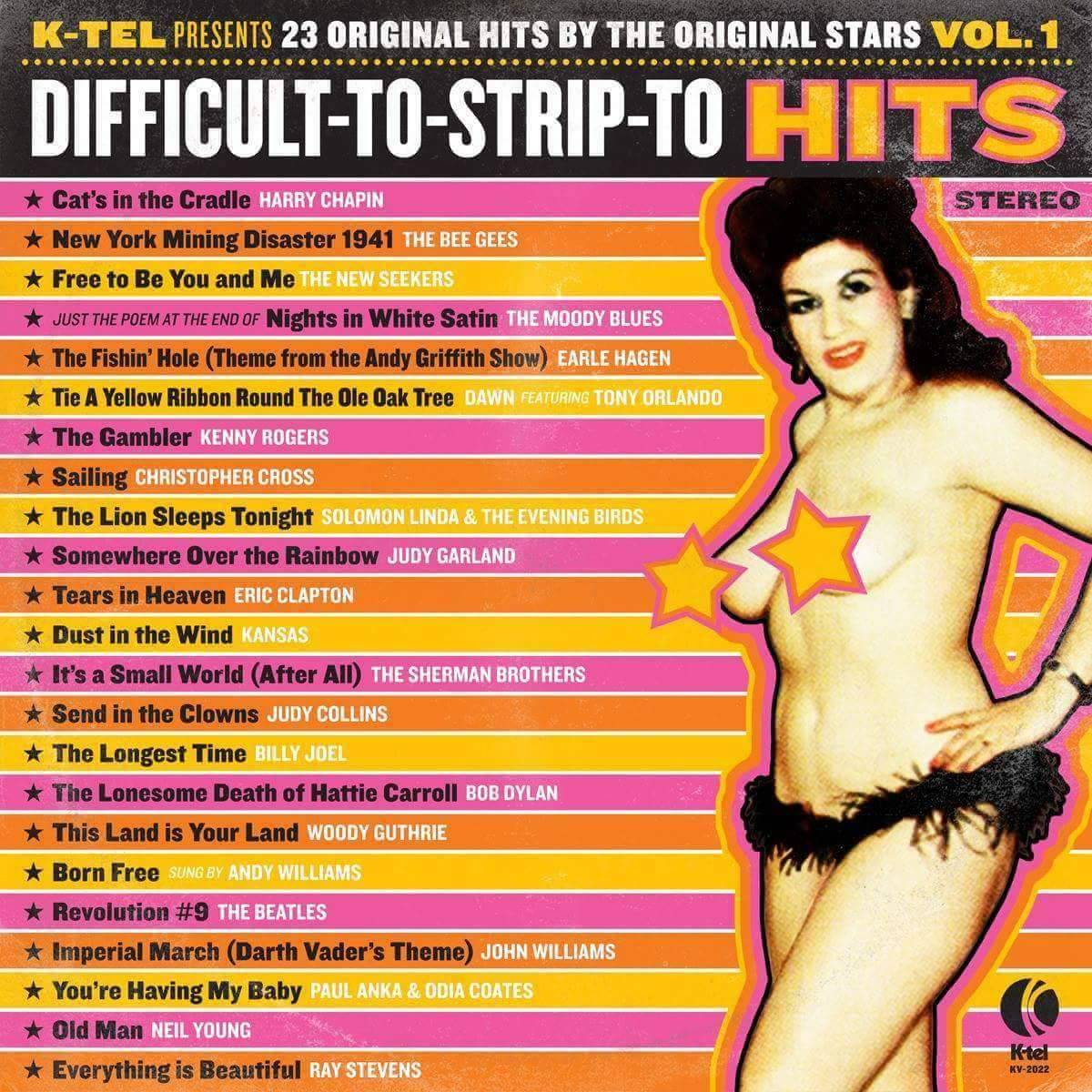 In the aftermath of Hurricane Harvey, cell phone carriers fight the government over proposed changes to emergency alert systems. My position might be biased by my eclipse trip, when the state of Oregon decided it was necessary to send out Statewide Emergency Alerts telling people not to stare at the sun. Links 8/17: Exsitement | Slate Star Codex 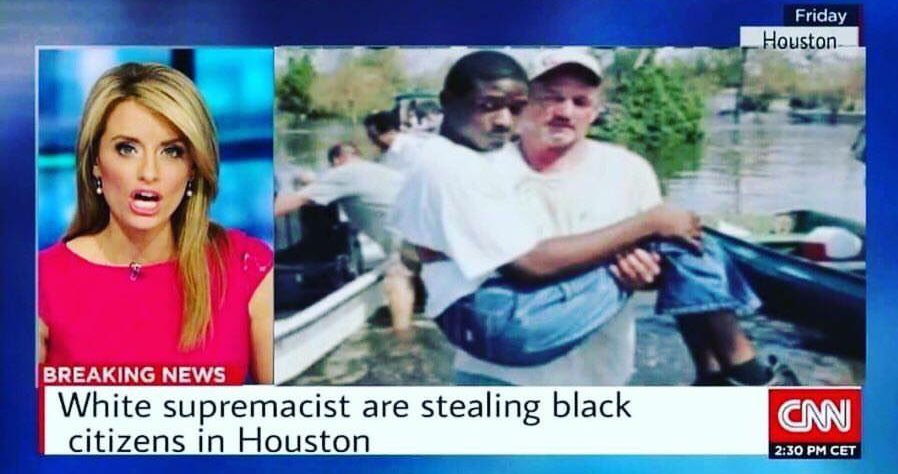