The Lost Blackboards of Oklahoma 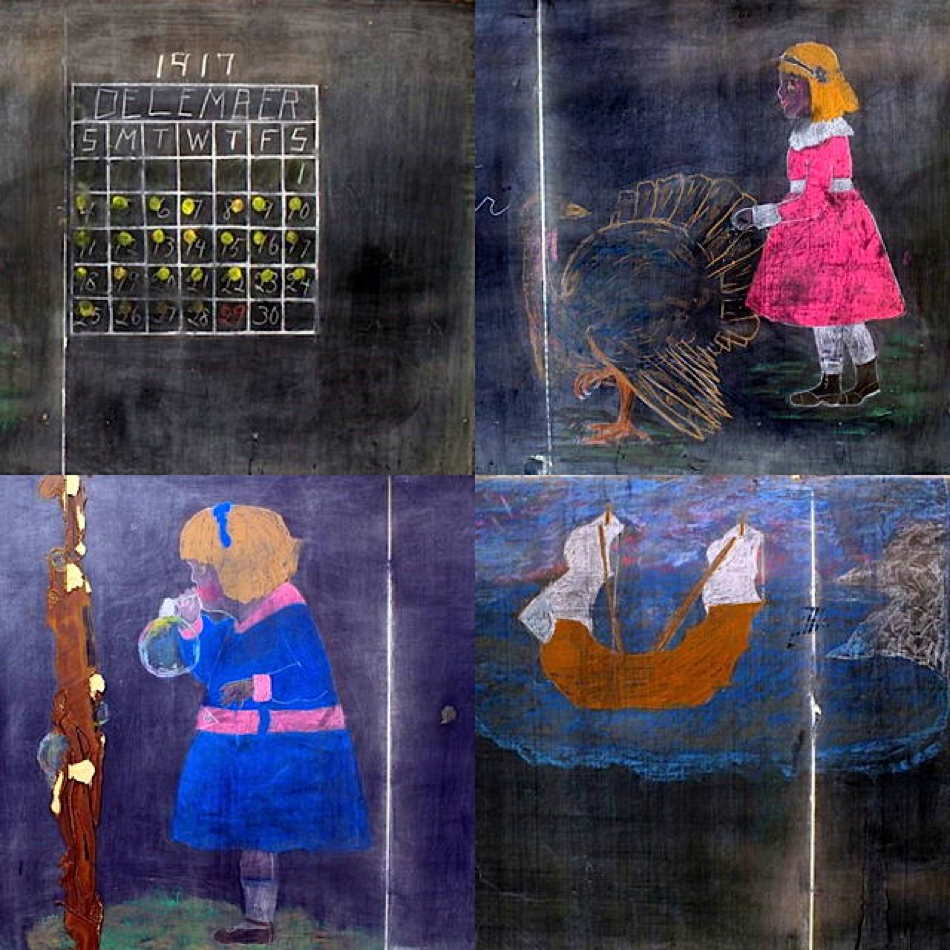 “The past isn’t dead. It’s not even the past.” — William Faulkner

The first group of historic chalkboards was discovered last June in four classrooms on the second floor that were having their old blackboards replaced with whiteboards and smart boards. Underneath the blackboards were thin slate boards covered in math, music and handwriting lessons, hygiene tips, student names and brilliantly colored chalk drawings dated November 30th and December 4th, 1917. 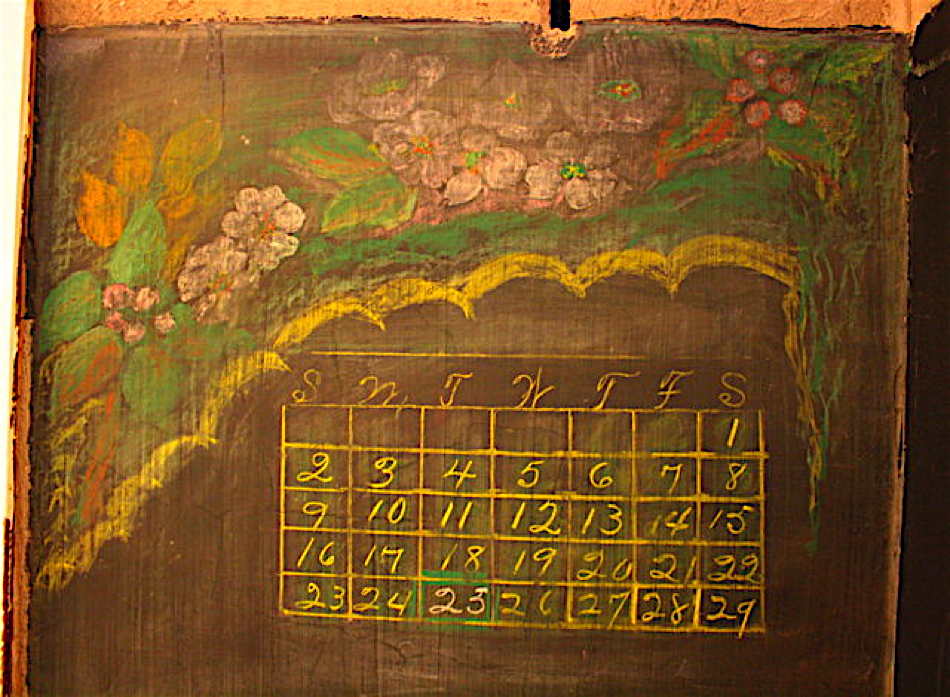 It seems when the old slate boards were covered with new ones over a couple of weeks in late November, early December of 1917, several teachers decided to leave their work up, dating it and signing it for posterity. The new boards were mounted on top of the old ones in wood casings with enough of a snug fit to keep the 1917 chalk from wearing away.

Workers dismantling old blackboards at Emerson High School in Oklahoma City to make way for new whiteboards and Smart Boards discovered blackboards with lessons and drawings intact from November of 1917. Instead of being removed, they had been covered up with new “Slate Black Boards” installed by D. J. Gers & Co. We know this because janitor R. J. Scott signed and dated three of the old ones (November 30th, December 1st and December 4th, 1917) before the new ones were put in place. The new ones were larger than the ones they were covering so there are only a few holes and some adhesive marring the old blackboards. The writing, arithmetic and art are all in exceptional, like-new condition. 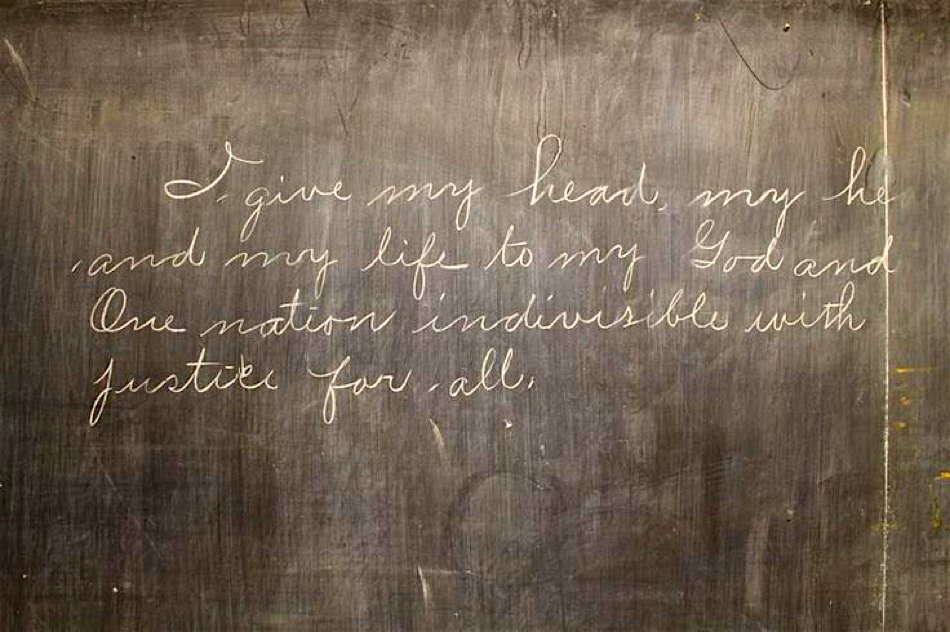 The 1917 blackboards were found in four classrooms. They wrap around the rooms, a blackboard perimeter surrounding students with learning. Lessons include addition, subtraction, simple multiplication on one board, a multiplication wheel on another, musical notation, in-class homework titled “Busy Work” with assignments like “draw a 5 in. square,” “Name 8 kinds of trees” and “How many pints in a half gallon?” A student has left us important hygiene tips in a list entitled “My Rules to Keep Clean” — “1. Wash my hands / 2. Wash my teeth / 3. Comb my hair” etc. — and there’s a list of names, probably students, next to some subtraction problems (Robert, Agnes, May, Sophia, Homer, Franco, Ray, Gladys, Mabel and Newton). 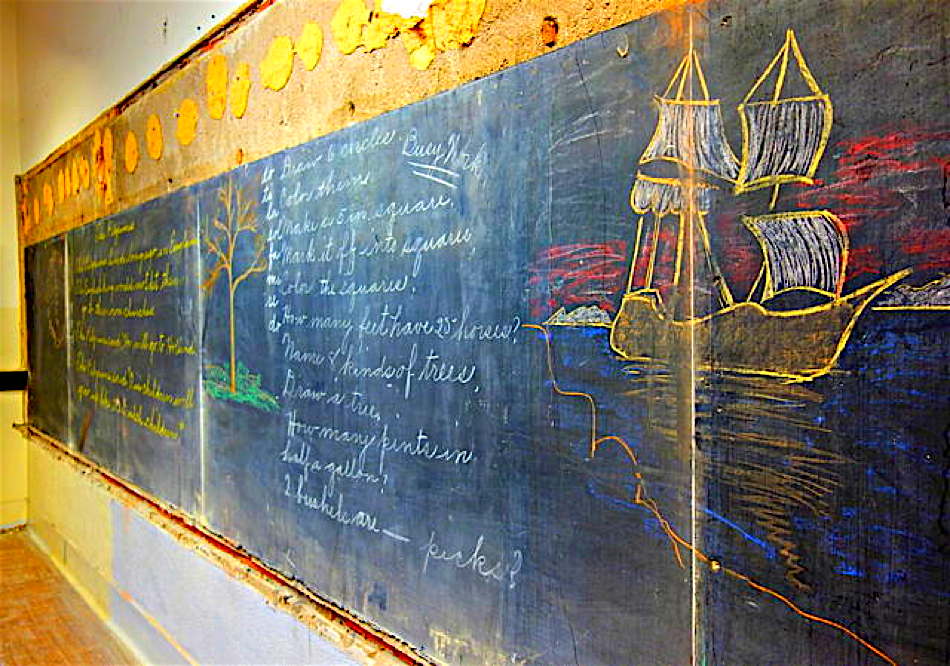 The glory of the collection is the drawings, though. In bright colors, there’s a little girl in a blue dress blowing a soap bubble and another girl in a bright pink dress who I suspect is sprinkling salt on a turkey’s tail feathers. That’s the largest turkey, but there are at least two others. This being November, the first Thanksgiving was a recurring theme in all three class rooms. There are plain white chalk outline drawings of pilgrims and two mutli-color scenes of the Mayflower arriving at Plymouth, complete with Plymouth Rock marked 1620.The History Blog » Blog Archive » 1917 blackboard lessons found in Oklahoma City school 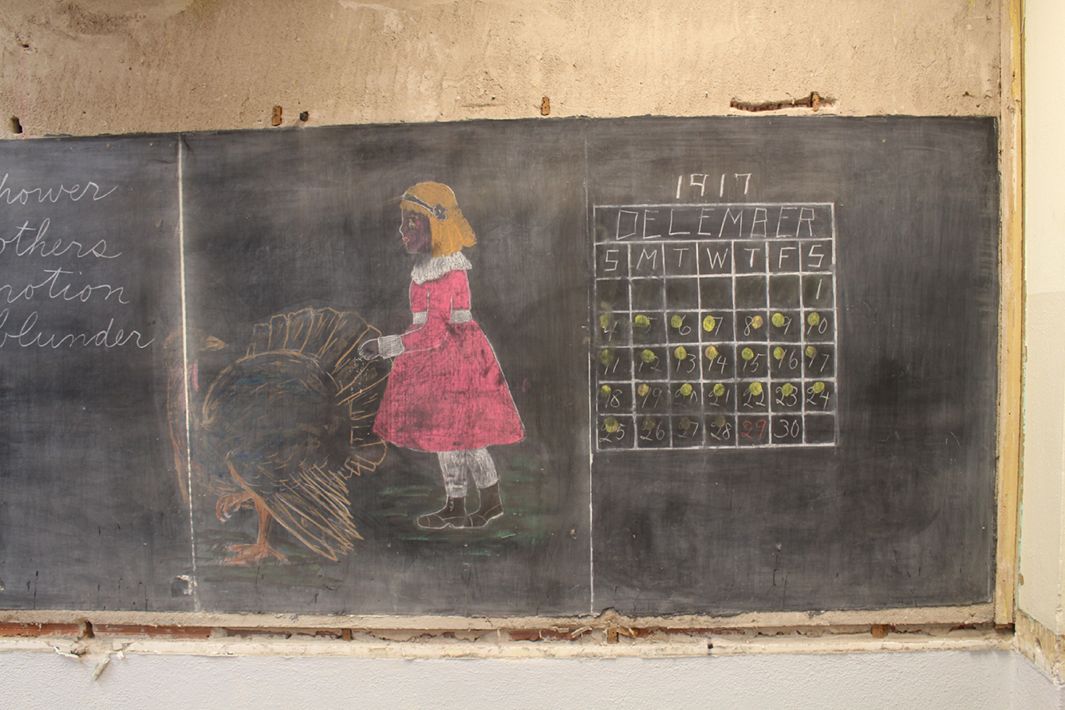 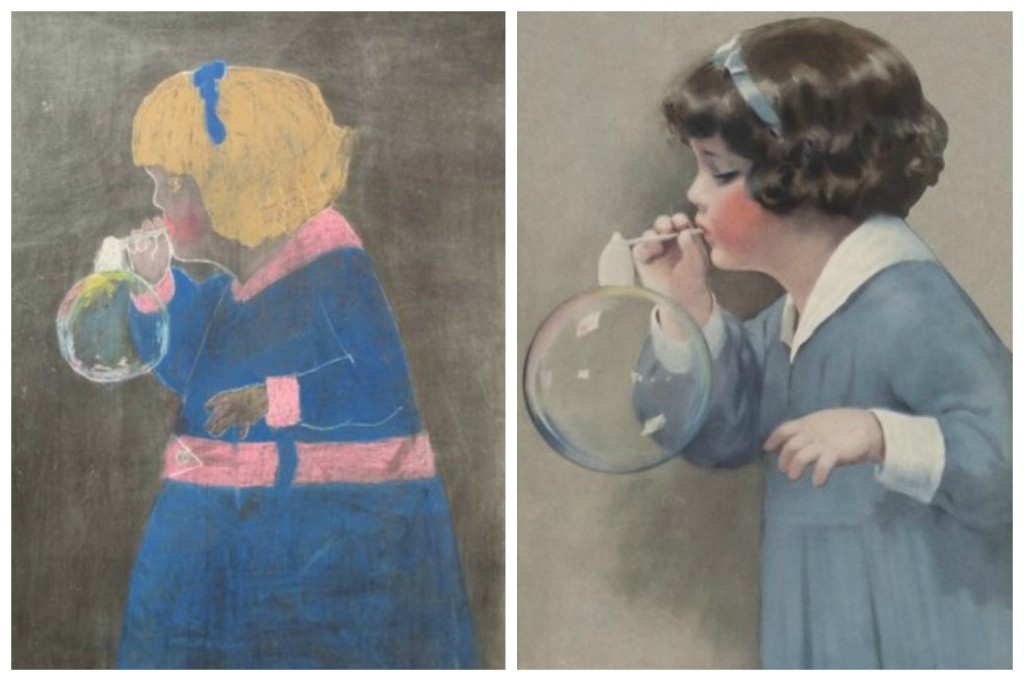 Next post: Drive-By: Help Find a Cure For Trudeau

Previous post: Boomer Anthems: American Woman by the Guess Who