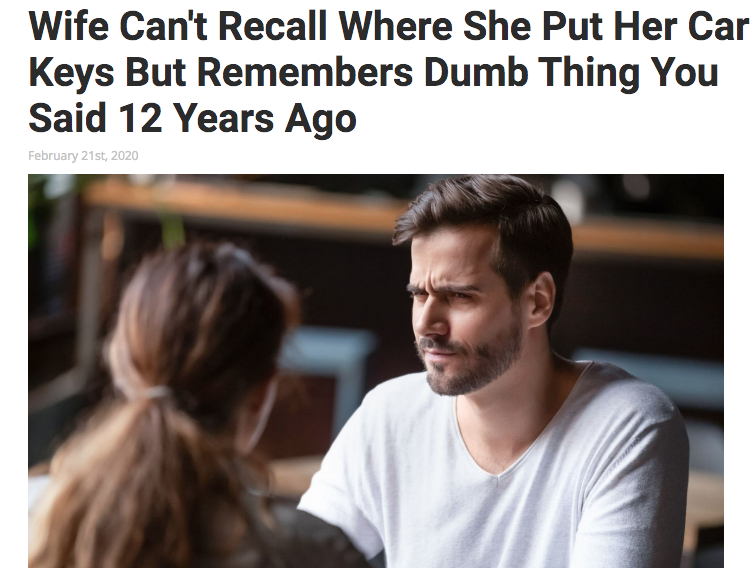 “The List” is the bane of testosterone-driven humans. “The List” is kept in the secret mental lock-box of human beings of the estrogen persuasion. Some believe that “The List” is a social construct, while others believe that “The List” is hard-wired into the DNA of the human female. I favor the latter theory since it seems to me that “The List” is merely a subset of “The Plan” — and “The Plan” is not only part and parcel of the basic makeup of the human female regardless of race, color, creed, national origin, or historical epoch, it is also the reason that — over time — women triumph over men. Women, in short, always have a life plan while men are stuck with something that looks like a cross between a spreadsheet without a recalc button and a really slick marketing idea.

In short, men might have a plan for making a rocket-propelled street luge, but they have none at all when it comes to human activities that stretch across decades — unless it involves such trifles as national defense or energy policy. Men seem to see items like this as actually important, but women know that what is really important is the command and control of male behavior. Hence, “Your Permanent Conduct Record” aka “The List.”

Women reading this essay are, of course, not the type to ever keep an indelible list of male transgressions, large and teeny-tiny. But trust me, there are many that do. Why? Because it works.

“The List” is a means of male-control through negative feedback. Positive male actions towards a woman are expected, perhaps noted at the time, perhaps not, — but always in pencil. A brief pat and nod of encouragement and then the woman goes back into the default mode of “what have you done for me lately?” “Lately” is, as all men know, but a small subset of a single day.

Failings of the male — such as lapses in mental telepathy — are kept on “The List” in indelible ink, preferably blood-red. “The List” also includes transgressions, large and small, against the woman from previous relationships with previous males. The ownership of all these transgressions is automatically transferred to the male of the current relationship at the moment of inception or conception, whichever comes first. This is the reason men sometimes feel they are expected to pay an overdue bill for a meal they did not eat in a restaurant that no longer exists. Plus a 20% tip.

“The List” is a lethal weapon and has the combined qualities of a rapier, a bludgeon, and a bread-knife to the heart. It can be employed silently via “The Look,” or over great distances via the telephone or a highly compressed text message such as “U no wht u did.” Its deadly deployment is not dependent on current transgressions. It can be brandished and employed at any inconvenient moment, such as, say, pants half-off. Just because you have presented a woman with a 10-carat diamond right now does not mean she will not think in the next moment, and perhaps ask, “Why not 11? And why not in ‘canary’?” The lack of that last caret and the color will, invariably, find its way onto “The List.”

“The List” exists outside of time. Hence the passage of time does not make for erasure. List entries cannot be expunged because they can always have an immediate utility.

“I am behaving this way today because five months ago you did X, and even though I didn’t mention X at the time, what you did then excuses this behavior now. Y for X makes us even.”

Don’t believe that last part. You are not “even.” “The List” does not grow “even,” it only extends. The existence of an item on “The List” is eternal and will be used –explicitly or implicitly — on many occasions, numerous and multiple.

Women who use “The List” will recognize, but never admit to, the existence of “The List” even when you call them on it on the spot. Should you press the issue with hard evidence, they plead “not guilty by reason of ‘You don’t know what you’re talking about.’ If, in rare cases, they are convicted their plea shift to, “Guilty… but with an explanation.” In very rare cases, usually involving bribery, they will confess that they are keeping “The List” and promise, sincerely but falsely, to never consult it again. This is merely a ploy. No woman who uses “The List” can ever really give up “The List” (It is a control item.) Regardless of what they agree at the time, they will immediately put the fact that you had the gall to call them on “The List” *on*The*List*.

It is very foolish to call them on “The List” unless you no longer want them around. Once you do, they are going to look for ways to blow you off since they need men who don’t know about “The List;” men ignorant of its existence and doomed to remain so until marriage — which is when “The List” really comes out. Then, of course, it is too late for our poor pilgrim.

“The List” is usually found attached to another larger and even more ancient body of female laws known as Rules You Will Not Be Allowed to Know Exist Until You Break Them. You might think that “The List” is the source of such rules, but you will be wrong and your assertion that it is will become yet another entry on “The List.” 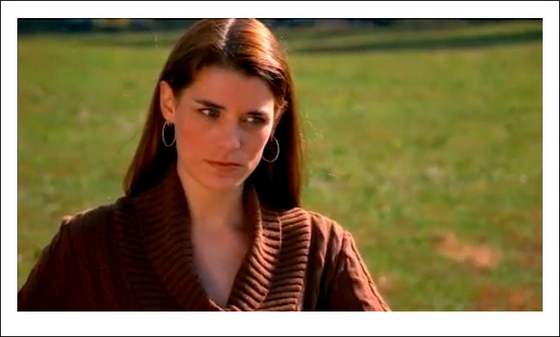 Warning Signs: Men, when you see this look you’ll know there’s an entry being made on “The List. 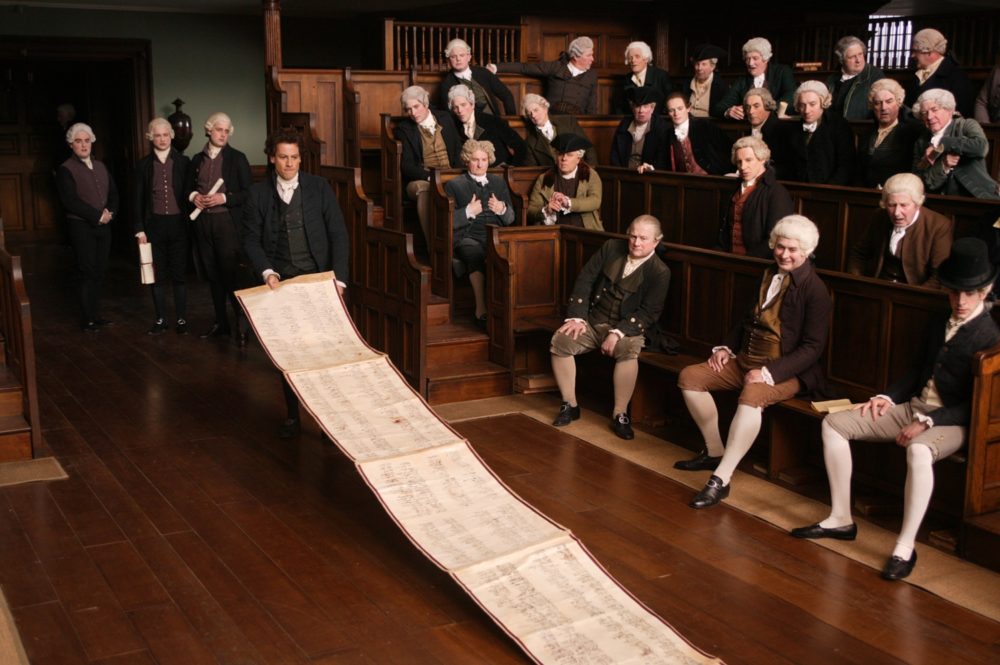 Previous post: Queen for a Day: The First Lesbian Gay Woman President Married to an Immigrant