The Less Than Honorable California Highway Patrol Grubs for Paychecks

Via Just Doing Their Jobs….. – A Nod To The Gods

Which also displays this excerpt from the Federal Code of Justice: 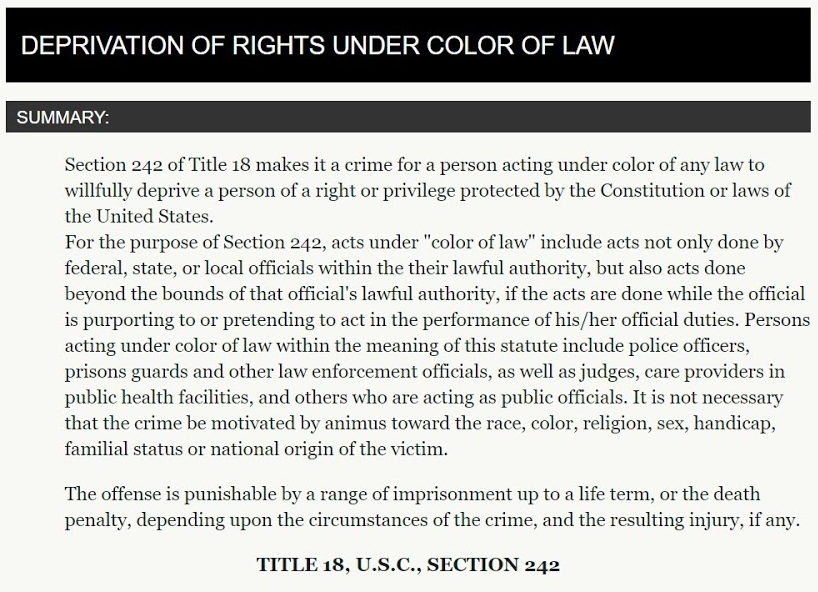 Next post: No Man is an Island – John Donne

Previous post: The Pandemic Has Landed: As noted 13 (THIRTEEN) years ago!