The Japanese: Nuked too much or… Piranha Ramen? 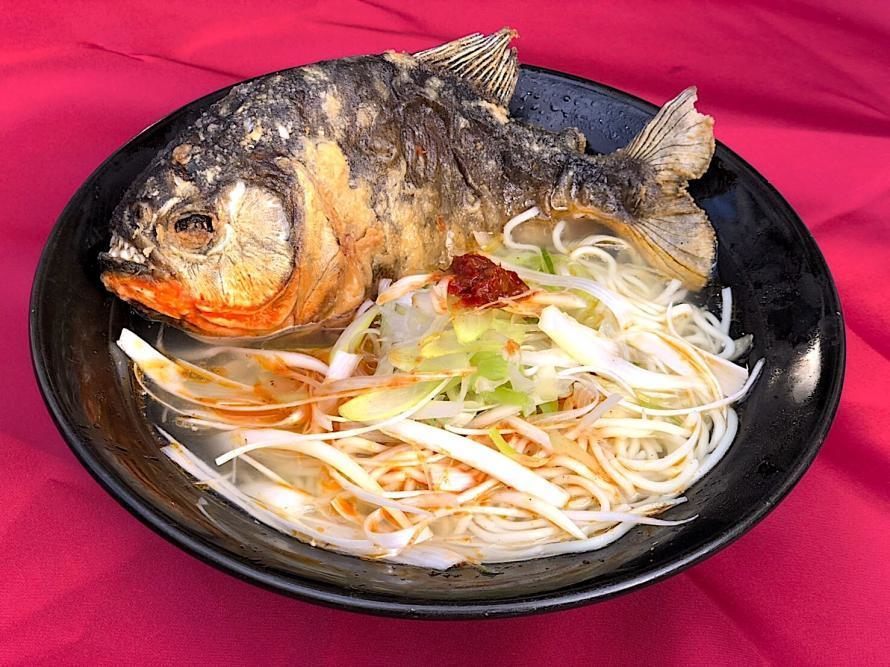 “Thank you very much for reading to the end. This is an April Fool’s joke, and there is no actual plan to offer Piranha Ramen.” Despite the disclaimer, Yano says more than 500 calls poured in from Japanese and international followers inquiring about tickets. “I didn’t expect the article [to] buzz,” he says.

Given all the interest, Yano is following through with the event and will be serving what he believes to be the world’s first piranha ramen. “The joke [became] reality,” he says. Yano spent three million yen ($28,000) flying more than 2,000 whole piranha fresh-frozen from Brazil to Japan, to the puzzlement of customs agents who detained the fish for 13 hours in Narita airport.

The ramen will be served from 5 to 9 p.m. on September 20th, and 11 a.m to 9 p.m. from the 21st to the 23rd, in Yano’s recently opened Ninja Cafe and Bar. The costumed servers, who have trained for a month in Japan’s ancient ninja stronghold of Iga, not only take orders and run food but perform martial arts, from throwing shuriken to blowing darts—just in case eating piranha ramen alone is too tame… The World’s First Piranha Ramen Is No Joke – Gastro Obscura

Next post: John Muir, 1874: “All are more or less sick; there is not a perfectly sane man in San Francisco. “

Previous post: Rant0matic #9: “If she were a building she’d be condemned.”