The Greatest Show Off Earth 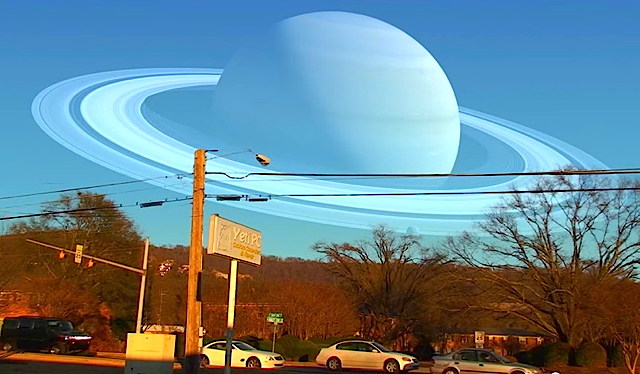 My up-close and personal relationship with Saturn is brand new. Sure, I’d seen the pictures and the “artist’s conceptions” all my life. I’d read the stories, both science and fiction, and I believed. I believed in Saturn. I had faith.

But my belief in Saturn and its rings was just that, “belief.” After all, I had never actually seen Saturn — only pictures and paintings. Saturn to me was only hearsay. That all changed a month ago thanks a friend with a passion for astronomy and actual possession of a serious telescope, coupled with a moonless night at the edge of the pacific here in Laguna Beach.

With the events of the last year, I’ve often taken to mouthing a phrase picked up from someone else to give people a snapshot of my current take on our world in 2004. It goes, “I try to become more cynical every month but lately I just can’t keep up.” It’s so arch, so deftly faux-ironic yet yielding a bouquet redolent with a whiff of the flaneur and just a smidgen of edge. It’s a fine whine of recent vintage that’s just about as toxic to the truth about my inner life as a fresh, chilled pitcher of Jonestown Kool-Aid.

We often take up catch-phrases like the one above and use them as an Etch-A-Sketch display of our souls; our means to signify ourselves to others without really having to engage them. If we do it too much, who we are fades out of sight to others and we are like the sailor on the far horizon flapping out semaphore code about our inner self. Then we become distressed when others only see the code and not the man in full. But it is of our own doing and sometimes we get so far inside the code that we can’t step out of it, step closer into the light, stand and unfold ourselves. Sometimes, it takes something the size of a planet to knock us out of orbit and back down to the surface of the planet we inhabit.

I needed a planet, and for my sins, I got one.

My friend and I had had one of those solid guy meals composed of a good wine and a choice of pizza. Then we went outside on the terrace where a shrouded shape stretched up against the backdrop of ocean and night. His house is on the edge of the town overlooking the beach and the sea so it affords, except for the part of the sky taken up by the house, a fair chance of seeing what’s up there.

Light pollution is a problem I suppose since we are surrounded by a busy highway and a town whose other houses and street lights stretch up the hills around and behind, but the seeing is better than it would be in, say, my last home in Brooklyn Heights. Besides, it didn’t have a serious telescope pointed up at heaven. Telescopes are popular in New York, but they are seldom pointed up.

The evening haze had peeled off the sky and there was no moon. I looked out at the sea as he took the covering off the telescope and went through the rituals required to prepare the instrument. If this had been a decade or so ago, there would have been a long period of lining the telescope up, but this is the computer/GPS age and it was merely a matter of him entering some figures into a keypad and pressing “Enter.” The instrument hummed and swung across the sky through a small arc and stopped.

He bent over the eyepiece and moved the focus knob, then he stepped aside and let me take a look.

I pressed my eye against the mounting and saw…. well, I saw a pale, yellow smudge in the center a dark circle. Then I moved my thumb and forefinger just a bit and in an instant the smudge became a sharp, golden shape. And then, because it had rings, what the shape was became known to my mind — the planet Saturn. Real time. Real sky. Real life.

Saturn seen at last not as a picture taken by someone else and printed in a magazine or a book; an image passed on and fobbed off as the real deal. Not a drawing or a painting, a sketch or a story, but Saturn itself. And not Saturn with a ring around it, but Saturn with multiple rings that you could see with your own eye; Saturn streaked with colored bands of gas that wrapped across the surface of the planet. Saturn seen with the naked eyes. My eyes.

Saturn. Right there in the exact center of the sky.

There’s a time when you start to approach the near side of fifty when you begin to suspect, if you’ve lived a reasonably active life, that you don’t have as many “Firsts” in front of you as you have behind. When you pass fifty and close on sixty, you’re sure of it. That’s probably what compels a lot of people to travel compulsively about the world — the thought that if you can move around a lot, you can somehow pile more “Firsts” into your experience and somehow extend your “Life List of Things To Do Before….”

This can work, but more often than not you are simply seeing things that are new versions of other things, but not Firsts. Firsts are rare because once you’ve had them, everything like them that comes along later are simply seconds; sometimes better than the Firsts, but seconds all the same, and you make you peace with that.

First love, first car, first child…. these are the pearls of great price on the string of your life and that’s why you remember them and cherish them. And you use them up, one at a time. Although they came in a cascade at the start, they become more rare as the road winds on. When you get one, especially when you don’t expect it, it makes you take a break by the side of the road to make sure you remember and value the gift.

The moments after Saturn first swam into focus were like that. Absent repeating some varieties of dubious experience, I’d thought I was immune to actually feeling something intellectual that can only be described as a physical thrill, but I was wrong.

As I gazed on Saturn I felt everything I had ever read, or seen or thought about the planet come racing back out of places in my mind long discarded or left behind with a jolt. The books read in childhood, the films seen, the cornball space operas like “Tom Corbett, Space Cadet” or “Space Patrol” that were the most essential part of my childhood’s television hours, all the fact and the fantasy, the lectures and the lessons in which Saturn figured came tumbling up out of my memory at a rate of speed I hadn’t thought possible. And my body felt as if something had reached effortlessly out across two billion miles and run an electrical charge right down the center of my spine.

I imagine this is what people mean when they talk about a conversion experience.. a sharp, clear moment when faith becomes real, becomes concrete. If your god has become science, there’s nothing like a big hit of real science to make you rethink what you think you know about God.

It’s easy to say, “Well, of course Saturn was really there. Everyone told you it was and showed you the pictures for decades. Did you think they were kidding you? Did you think it was all some sort of nifty mural painted on a black backdrop and that sooner or later it was all going to be turned around to see that, well, we were just kidding?”

Of course not, but it does remind me that the essence of science, the foundation of all our knowledge that is as sure and certain as we can make it, rests on the simple act of going where we need to go and seeing for ourselves. In “The Waking,” poet Theodore Roethke sums up the inner sense of this going with,

Light takes the Tree; but who can tell us how?
The lowly worm climbs up a winding stair;
I wake to sleep, and take my waking slow….
I learn by going where I have to go.

In the end, this need, this ceaseless drive, is what makes us who we are — the smart monkey that figures out how to see for itself, the upright ape made in the image of the inconceivable that follows a solitary path that leads us… where?

I like to think that if we can only look out far enough and look in deep enough, we’ll finally see for ourselves the proof of the miracle, and understand that miracle enough to know that its worth hanging around to see more of it unfold, day after day and night after night.

After all, what are we looking for down all the years if not the place when we cease to believe and come to know? Many people like to believe that we’ll know after we die, but many others would rather have the information just a bit sooner.

The land may vary more;
But wherever the truth may be—
The water comes ashore,
And the people look at the sea. 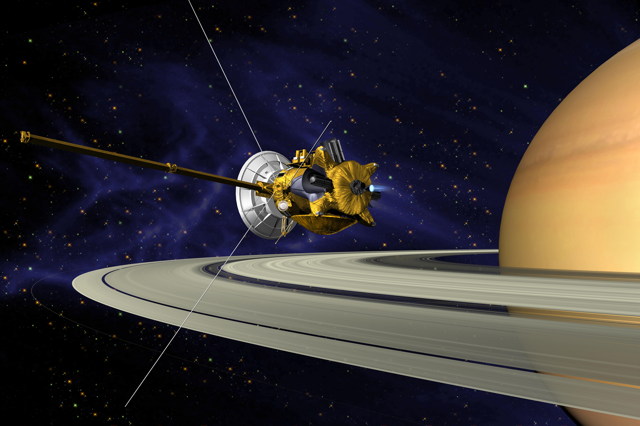 Next post: Netflix Debuts The All New Dumb and Dumber Channel

Previous post: Summer’s Here. Let’s Eat! Fortunately Everything In This Dish Is On My Diet