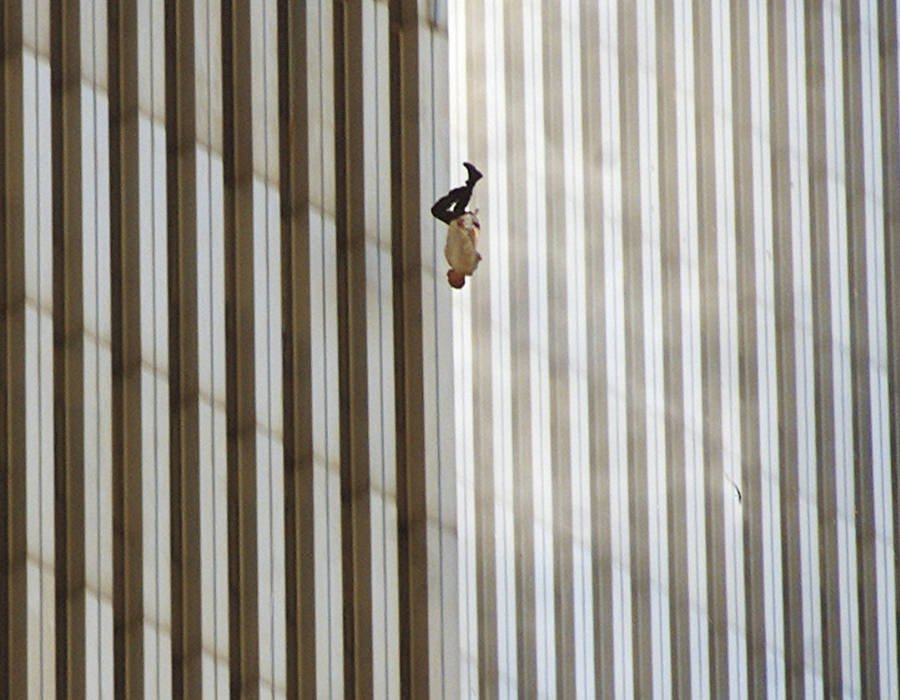 Drew remembered arriving by subway at the scene, coming up from the Chambers Street exit and watching helplessly as dozens of people began to fall from the top floors. His journalistic instincts immediately kicked in and he began to capture the chaos on film, snapping photos of those on the ground and in the air.

“I didn’t know I had that photograph of that man in that position until I actually saw it on my computer,” Drew said of “Falling Man.” “I called one of our photo editors and I showed him the picture and I said ‘This is it, this has got to be the picture.’”

The photo editor agreed. The next day the photo appeared in dozens of publications across the country, including the New York Times. The backlash over the photo’s graphic nature was so severe that it wasn’t run again.

Despite the infamy of the photograph, the man in “Falling Man” has never been identified.

Because the body was never recovered, there has never been any formal identification. Over the years theories popped up over his identity though none have been proven. — “Falling Man”: The Story Behind The Infamous September 11th Photo

Next post: Bill Burr Thinks The Joe Biden Scandal Is A Total Overreaction

Previous post: “There is no substitute for how the industrial economy runs today.” Bill Gates Slams Unreliable Wind and Solar Energy