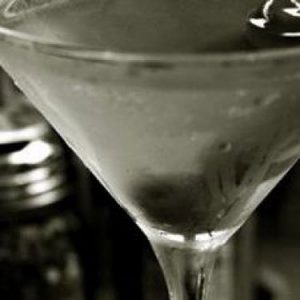 The Martini is in, the Martini is back—or so young friends assure me. At Angelo and Maxie’s, on Park Avenue South, a thirtyish man with backswept Gordon Gekko hair lowers his cell as the bartender comes by and says, “Eddie, gimme a Bombay Sapphire, up.” At Patroon, a possibly married couple want two dirty Tanquerays—gin Martinis straight up, with the bits and leavings of a bottle of olives stirred in. At Nobu, a date begins with a saketini—a sake Martini with (avert your eyes) a sliver of cucumber on top. At Lotus, at the Merc Bar, and all over town, extremely thin young women hold their stemmed cocktail glasses at a little distance from their chests and avidly watch the shining oil twisted out of a strip of lemon peel spread across the pale surface of their gin or vodka Martini like a gas stain from an idling outboard. They are thinking Myrna Loy, they are thinking Nora Charles and Ava Gardner, and they are keeping their secret, which is that it was the chic shape of the glass—the slim narcissus stalk rising to a 1939 World’s Fair triangle above—that drew them to this drink. Before their first Martini ever, they saw themselves here with an icy Mart in one hand, sitting on a barstool, one leg crossed over the other, in a bar small enough so that a cigarette can be legally held in the other, and a curl of smoke rising above the murmurous conversation and the laughter. Heaven.

Previous post: “Could you just come to the outside of the door and listen for a minute. . .”