The Daze of Hillary’s Days: A Fitting Fate Worse Than Death 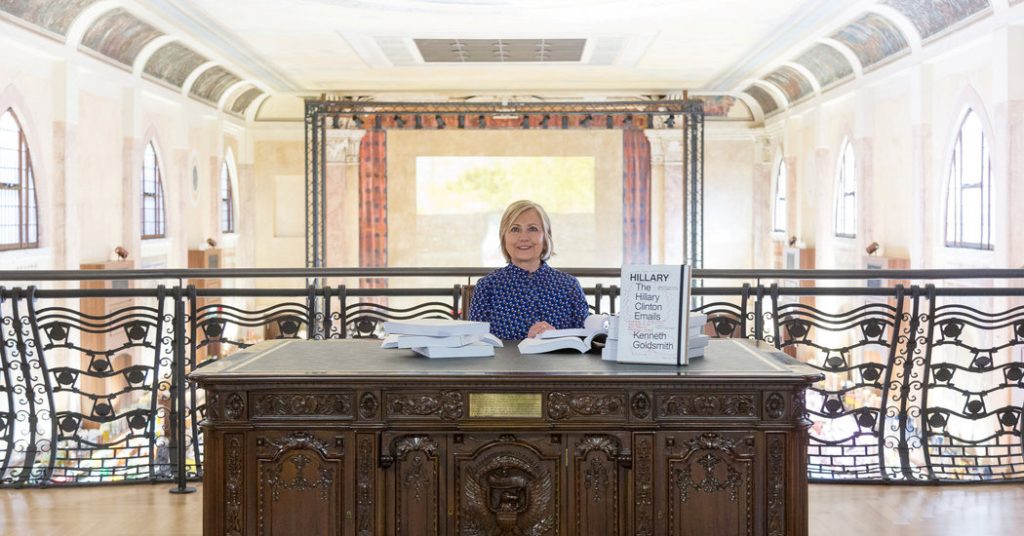 FILE UNDER: “GET OFF THE STAGE BEFORE THE LIGHTS DIM…”

Every so often (although not often enough) the universe does dispense a bit of real justice. As in…

Nazis and potheads have 4/20 to get high. Hillary fans have 11/8 to get drunk on white wine. And both of them even blame the Russians for the defeat of their miserably corrupt murderous regimes.

Hillary stopped by the Venice Biennale, the umbrella organization that includes the Venice Film Festival, allegedly a favorite stalking ground of old Clinton pal, Harvey Weinstein, to attend the exhibit of “HILLARY: The Hillary Clinton Emails.”

For an hour, Hillary sat in a replica of the Oval Office pretending to read her own emails as part of an art project. To make her humiliation more complete, HILLARY was staged at the Despar Teatro Italia, a former theater turned into a supermarket. Confused shoppers watched a former American presidential contender pretending to be the President of the United States in an Italian supermarket.

There’s your chicken, your canned tomatoes and your pasta. Upstairs is a crazy lady who thinks she’s the President of the United States. Go easy on the chardonnay, you don’t want to end up like her.

… What do you do when you run out of Chardonnay and ways to market yourself to an audience that no longer cares?

Audiences turned up their noses at Bill and Hillary’s theatrical appearances. The real Bill and Hillary flopped and so did fictional versions of them played by John Lithgow and Laurie Metcalf in Hillary and Clinton. Everyone, including Italian supermarket shoppers, want Hillary to go away. But she won’t go.

After churning out way too many books, Hillary is back with The Book of Gutsy Women: Favorite Stories of Courage and Resilience. This one is supposedly co-written with Chelsea, but just sounds like a revamp of Chelsea’s collection of She Persisted books which seem to have the same premise and theme.

This just means another Hillary Clinton book tour that nobody asked for and nobody actually wants.

Nevertheless, Hillary’s desperation tour will still be coming to such world-renowned locations as the Women’s Club of Ridgewood, NJ (no books will be signed), the United Methodist Church in Denver, CO, and the San Ramon Valley High School gym. Next stop, a random Appleby’s in Great Forks….