The Cities: Reports from those on the ground 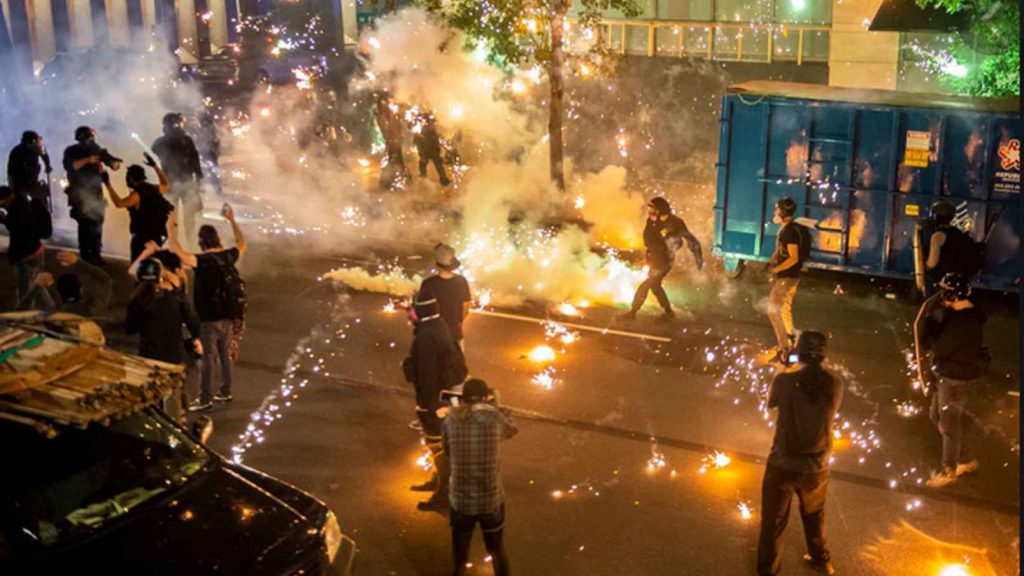 Mike on Twitter: “I’ve been exchanging messages with friends about what what’s happening in our cities: NY, Philadelphia and LA especially. A lot of disturbing things are not making the news. Even Republicans aren’t drawing attention to it. Here’s a message from a friend about life in NY today:

“Here’s my neighborhood, Mike: An elderly man, enjoying dinner w/his wife at an outdoor restaurant, punched in the face. A woman waiting for the subway to come stabbed in the back. An older neighbor pausing to catch his breath told to pay two dollars in protection money or get “the fuck off that particular street corner. This is just the ten block radius from where I live in the last six days.” Other friends from NY talk about shattered business districts, drugstores with locked shelves, and hundreds of homeless people and parolees, including sex offenders, being moved into hotels on the Upper West Side adjacent to schools and playgrounds, which are filled with needles again like in the 1970s. Friends in Philadelphia report large homeless encampments in the city center and being robbed at gunpoint.

Friends in LA talk about squatters taking over empty homes in professional class neighborhoods whose residents fantasize about emigrating to Canada. Friends in all three cities have seen police officers refuse to get out of their cars while large-scale lawbreaking takes place in front of them. That’s in addition to the obvious mayhem being perpetrated on a nightly basis in Portland, Seattle and Chicago. Estimates are that up to one million people have already fled New York City — meaning nearly everyone who has the means to leave has left.

Minneapolis is a smoldering ruin that has sustained untold damage to its immigrant neighborhoods. This is not what I am reading. This is what I am hearing from people directly.

Make no mistake about it: America is now in the middle of a 70s style urban crisis whose root is a well-founded fear of violent crime and social collapse in the midst of a pandemic. The destructive spiral that has been unleashed by leftwing play-acting at revolution and pursuit of stupid fantasies of abolishing the police is destroying our greatest cities.

As urban residents vote with their feet, we are being left with empty urban shells with no tax base and no meaningful employment. The fact that the business of Washington DC is the Federal government and the national media is now centered here is blinding our society to what’s actually happening in other big cities across the country.

What’s happening is this: Thirty years of very meaningful social and economic progress in our cities — which has hugely benefited minorities — is being undone by a toxic coalition of professional ideologues and “organizers,” rich kids in Che t-shirts, well-coiffed Mayors, and a National Democratic Party that pretends that the ongoing destruction of minority owned businesses and the social and economic infrastructure that is a primary engine for raising African American and immigrant families into the middle class is somehow about “civil rights” or “racial inequality.” It is not.

Previous post: When the Rulers are not sufficiently afraid of the People you can hear the guillotine’s timbers being milled