THE BULLSHIT – by Walter Kirn [An excerpt] 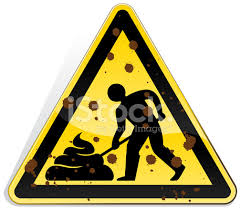 I used to like to read the news, the middlebrow mass-market weekly news. I also used to like to write it.  Some. This was back in the 90s at Time magazine, a publication which still exists in name but whose original, defining mission – grounding the American mind in a moderate, shared reality – is dead. The whole concept seems strange now – the American mind; a cloud of ideas, opinions, and sentiments floating somewhere above the Mississippi – but at Time, in the 90s, before the internet made its approach seem sluggish and slashed its readership, it was still possible to regard our product as unifying and, in its way, definitive. Sometimes I covered tangible events such as drug epidemics and forest fires, but much of the time I stitched together interviews conducted by local stringers and reporters into feature stories on such topics as “The New Science of Happiness” and “Children of Divorce.” It was an article of faith at Time that the findings of social scientists, simplified for popular consumption, ranked with hard news as a source of public enlightenment. Until business began to suffer, requiring cut-backs, the magazine kept an in-house research library, the better for checking even the smallest facts. The burden of accuracy lay heavy on Time. Its mighty name required nothing less.

Every morning, there it is, waiting for me on my phone. The bullshit. It resembles, in its use of phrases such as “knowledgeable sources” and “experts differ,” what I used to think of as the news, but it isn’t the news and it hasn’t been for ages. It consists of its decomposed remains in a news-shaped coffin. It does impart information, strictly speaking, but not always information about our world. Or not good information, because it’s so often wrong, particularly on matters of great import and invariably to the advantage of the same interests, which suggests it should be presumed wrong as a rule. The information it imparts, if one bothers to sift through it, is information about itself; about the purposes, beliefs, and loyalties of those who produce it: the informing class. They’re not the ruling class — not quite — but often they’re married to it or share therapists or drink with it at Yale Bowl football games. They’re cozy, these tribal cousins. They cavort. They always have. What has changed is that the press used to maintain certain boundaries in the relationship, observing the incest taboo. It kept its pants zipped, at least in public. It didn’t hire ex-CIA directors, top FBI men, NSA brass, or other past and future sources to sit beside its anchors at spot-lit news-desks that blocked our view of their lower extremities. But it gave in.

I’m stipulating these points, I’m not debating them, so log off if you find them too extreme. Go read more bullshit. Immerse yourself in news of Russian plots to counterfeit presidential children’s laptops, viruses spawned in Wuhan market stalls, vast secret legions of domestic terrorists flashing one another the OK sign in shadowy parking lots behind Bass Pro Shops experiencing “temporary” inflation, and patriotic tech conglomerates purging the commons of untruths. Comfort yourself with the thoughts that the same fortunes engaged in the building of amusement parks, the production and distribution of TV comedies, and the provision of computing services to the defense and intelligence establishments, have allied to protect your family’s health, advance the causes of equity and justice, and safeguard our democratic institutions. Dismiss as cynical the notion that you, the reader, are not their client but their product. Your data for their bullshit, that’s the deal. And Build Back Better. That’s the sermon.

Pious bullshit, unceasing. But what to do?

One option, more popular each day, is to retreat to the anti-bullshit universe of alternative media sources. These are the podcasts, videos, Twitter threads, newsletters, and Facebook pages that regularly vanish from circulation for violating “community standards” and other ineffable codes of conduct, oft-times after failing “fact-checks” by the friendly people at Good Thoughtkeeping. Some of these rebel outfits are engrossing, some dull and churchy, many quite bizarre, and some, despite small staffs and tiny budgets, remarkably good and getting better. Some are Substack pages owned by writers who severed ties with established publications, drawing charges of being Russian agents, crypto-anarchists, or free-speech “absolutists.” I won’t bother to give a list. Readers who hunt and choose among such sources have their own lists, which they fiercely curate, loudly pushing their favorites on the world while accusing those they disagree with of being “controlled opposition” and running cons. It resembles the old punk-rock scene, but after it was discovered, not early on. Some of the upstart outlets earn serious money, garnering higher ratings and more page-views than the regime-approved brands Apple features on the News screen of my iPhone. (A screen I’ve disabled and don’t miss.) This wilderness of “contrarianism” – a designation easily earned these days; you merely have to mention Orwell or reside in Florida — requires a measure of vigilance and effort from those who seek the truth there. As opposed to those who go there to relax, because they prefer alt-bullshit to mainstream bullshit. They can just kick their shoes off and wade in.

One reason to stick with the premium name-brand bullshit is to deconstruct it. What lines are the propagandists pushing now? Where will they lead? How blatant will they get? Why are the authors so weirdly fearless?. . . .
— CONTINUED: READ THE WHOLE THING AT – Unbound

Next post: Noted in Passing: Today is MLK Day. So What?