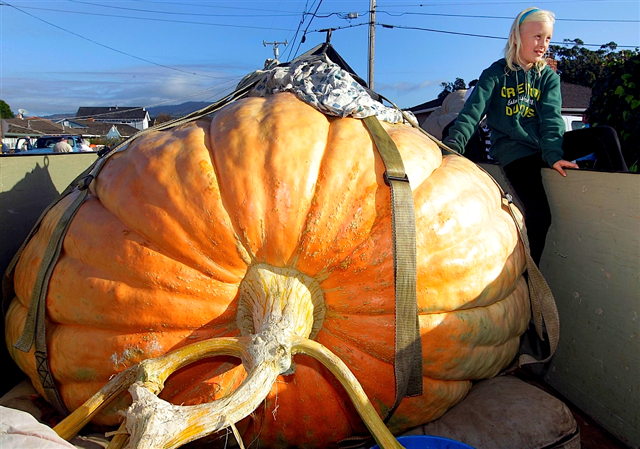 That pumpkin is a horror. A horror. The only good thing to be said about that Frankenpumpkin is that it has been chopped off its feeding tube and can no longer consume small house pets. I know about this. I know it well from the time when I too raised, ignorant of the horror, my own giant pumpkin back in another time in a world well lost….. 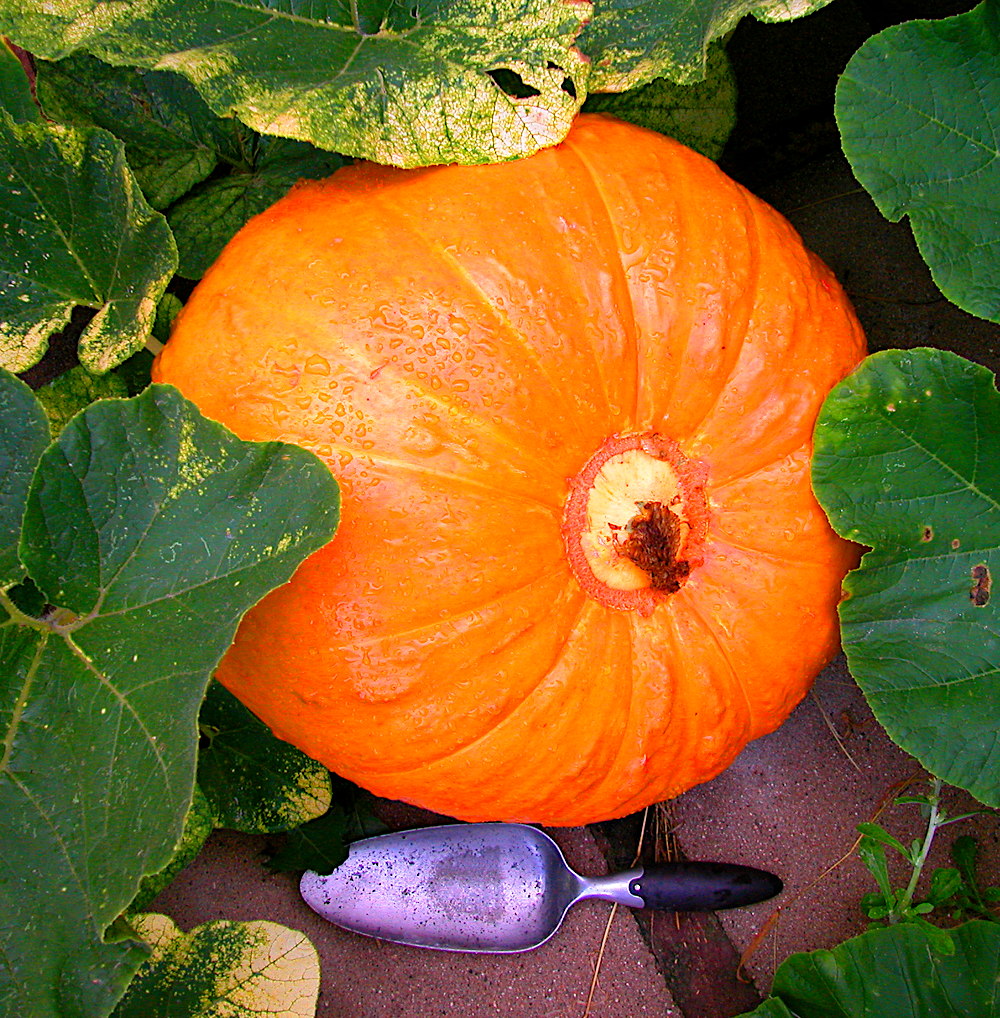 My very own BIG pumpkin

The Pumpkin that Ate My Backyard

It began as a $1.49 seedling at Home Depot which I bought for my stepson to plant.

He planted it, as heedless 9-year-old boys will, in an obscure corner of a sandy bed under some ice plants.

It seemed to me at the time that the pumpkin was going to have a short and shady life.

But then, after about a month, the pumpkin seemed to suddenly clamber across my terrace. Then it strangled the corn plants. That gave it HUNGER and it ate the chair. When it approached the deck it lunged, fell back, and sprouted this “fruit” of the vine.

Now the pumpkin is trying to invade my neighbor’s yard. Last night I heard them outside calling plaintively for their new puppy to come back in, “Snoopy! Little Snoopy! Snoopy, come! Come, Snoopy, Come!”

But answer came there none.

Next post: STRANGE DAZE: “And the wind began to howl.”

Previous post: Why are they now calling the Amish “Kids?”