The Aztec City in the Lake by JWM and Austin

Far-called, our navies melt away;
On dune and headland sinks the fire:
Lo, all our pomp of yesterday
Is one with Nineveh and Tyre!
— Kipling

JWM says in Strange Daze: Saturday Review: Noting the picture of the Aztec sacrifice- A thing that occurs to me is what the Spaniards did not find in the new world: technology. They came upon Indian civilizations living in these amazing megalithic structures, people who reportedly had sophisticated mathematics, and astronomy, but practiced one of the most barbaric religions the planet has ever seen. Yet, as far as I know, the Conquistadors never saw anything in the process of being built. If the Spanish had seen machines capable of doing that work they’d have written about it. They’d have brought that technology to the old world. Think of what Europe could have done if the Europeans had the machines to shape, and move materials on the scale of Chichinitza or Machu Pichu. My guess is the Indians who lived in the jungles of Mexico, and Central/ South America were not the ones who built. But that raises the question: Who was it, then?

Mike Austin replies:
I spent 40 years of my life researching, among many other things, the Indigenous civilizations of Latin America. For 14 years of those 40 I lived, worked, and traveled in Latin America, visiting every nation but Surinam and French Guiana. I backpacked alone to many of the Mayan, Incan, and Chachapoyan ruins that proliferate the lands below the Rio Grande. I have more than likely explored more of these ruins than any man alive. So…

The technology possessed by the Aztec was sufficient to build their capital of Tenochtitlan. This city was one of the largest on earth at the time (1519) and was one of the marvels of the world. The civil engineering talents of the Aztec enabled them to construct the city in the middle of Lake Texcoco—it seemed to be literally floating on water—and be connected to land by a system of causeways. Those conquistadors with Cortez were stupefied at what the Indians had done, thinking they were seeing a fantasy right out of their dream tales of “Amadis of Gaul”. Those who later wrote accounts of the conquest, such as conquistador Bernal Diaz who was with Cortez, said Tenochtitlan was the most astounding city they had ever seen.

“When we saw so many cities and villages built in the water and other great towns on dry land we were amazed and said that it was like the enchantments…on account of the great towers and cues and buildings rising from the water, and all built of masonry. And some of our soldiers even asked whether the things that we saw were not a dream?… I do not know how to describe it, seeing things as we did that had never been heard of or seen before, not even dreamed about.” 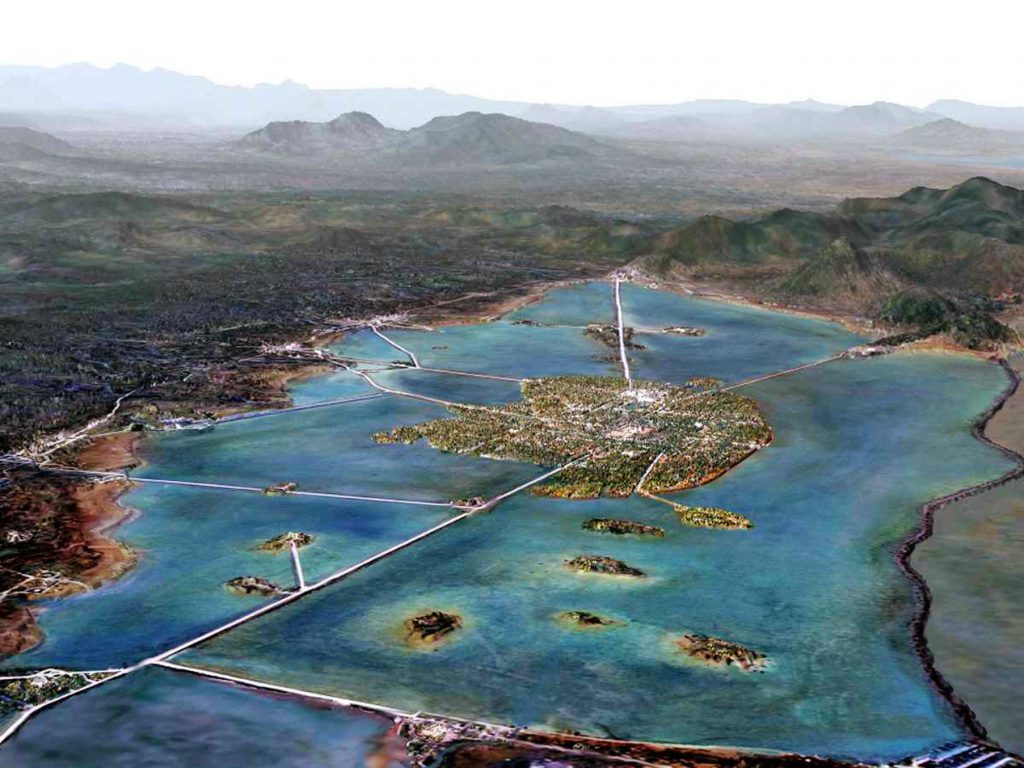 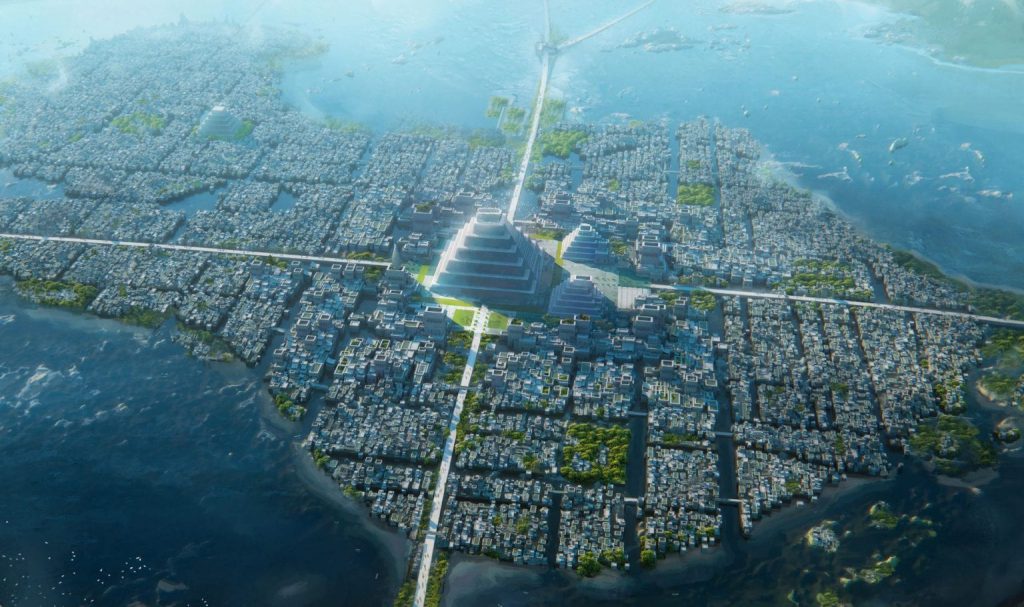 This was no “megalithic structure”.

It was well-known at the time by those Indians living around the lake how Tenochtitlan was built. After all, these people had helped in its construction. They themselves were no second-raters. In fact, the largest pyramid on earth was built 63 miles from Tenochtitlan by the people of Cholula, a people contemporary to the Aztec. The total volume of that pyramid holds twice the volume of the Pyramid of Khufu. Like that pyramid, the Cholula pyramid was built by human labor, as was every single structure built in pre-Colombian America.

You wrote that the Spanish never saw machines used in building any Indian structure. But the Conquistadors did not venture to the New World to write books on civil engineering; they were there to conquer the New World. Once that was done the Spanish built their own cities in the same way the Aztec did theirs—with human labor.

You wrote that the Indians “reportedly had sophisticated mathematics and astronomy…” Reportedly? The Mayan calendar is more accurate than our own, and these people came up with the mathematical concept of zero hundreds of years before Europeans did. Their cities were built with astronomical and mathematical precision. Their ruins in Mexico and in the jungles of Guatemala and Honduras have survived more or less intact for 1000 years. How long would Paris survive if left untouched for a millennium?

The Inca are the only people in History to construct a civilization across almost every known
geographical environment. Their roads are still in use today, 500 years after their construction. I know. I have walked alone upon them with pack and tent for weeks. When Pizarro conquered Cuzco (1533), he built a Spanish city on top of the Inca city. After each earthquake, the Spanish city would be destroyed yet the Inca structures remained unfazed.

It is a common conceit of we Moderns to hold the ancients—especially the New World Indigenous—in disdain. But with all of our wiz-bang technology could we build anything like a Tenochtitlan? Or a Teotihuacan (500 AD)? 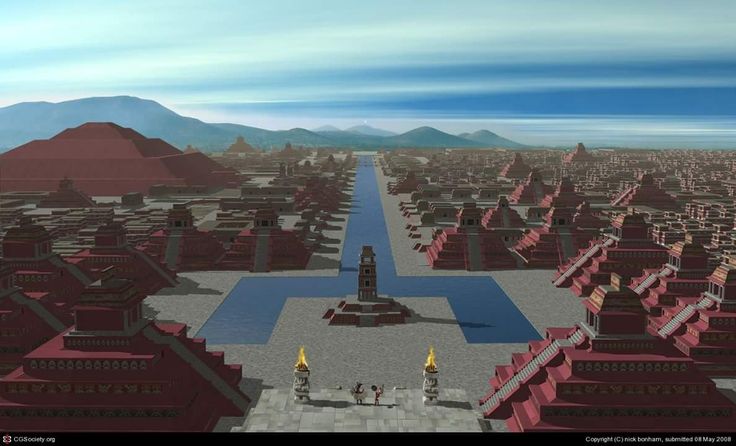 Compare that with Nineveh in Mesopotamia (612 BC): 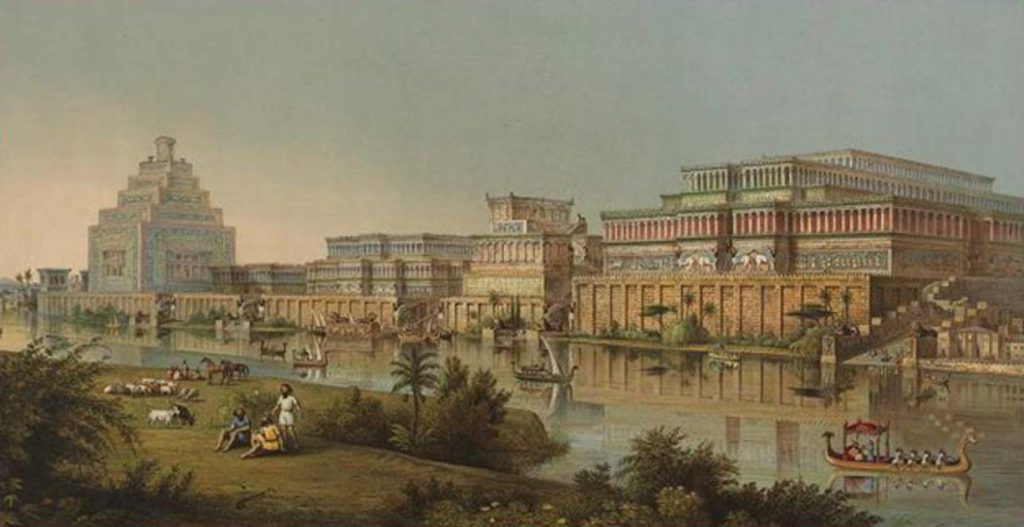 As a reminder the Assyrians who built Nineveh and once controlled half of the known world were some of the most violent people in History. Extreme violence and magnificent works of engineering to do necessarily cancel each other out. Witness the Italian Renaissance.

Tenochtitlan, Teotihuacan and Nineveh were built with human labor, as was the Great Pyramid at Giza, and in the same way. Recall that we could not figure out how that Egyptian structure was built until relatively recently. There is no need at all to wonder how and by whom the Indigenous civilizations were built. The people themselves did so. These vanished peoples were neither stupid nor lazy.

Previous post: Something Wonderful: Speed Riding at night in Chamonix