2 Versions of The Ambush by Matt Bracken 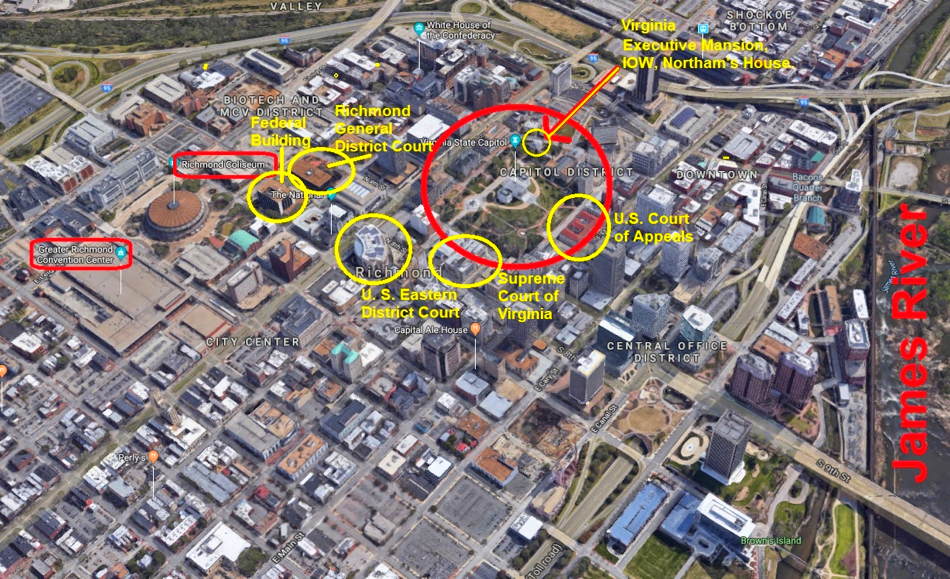 If anybody cares to check the Richmond Kill Box photo, you will note that the Federal Building is only 2 city blocks from Capitol Square, so all the FBI and ATF agents (including 100s more brought in from out of state for the event) can just walk over to the Buffalo Jump in both their tacticool and undercover garb.

(The Richmond Jail and PD HQ are just out of the top of the image on the other side of I-95.)

Also note that the Richmond Convention Center and Richmond Coliseum are just a few blocks away as well, so if mass-arrests result, they can just march the arrested over for triage and holding while the prison buses are rolled in. 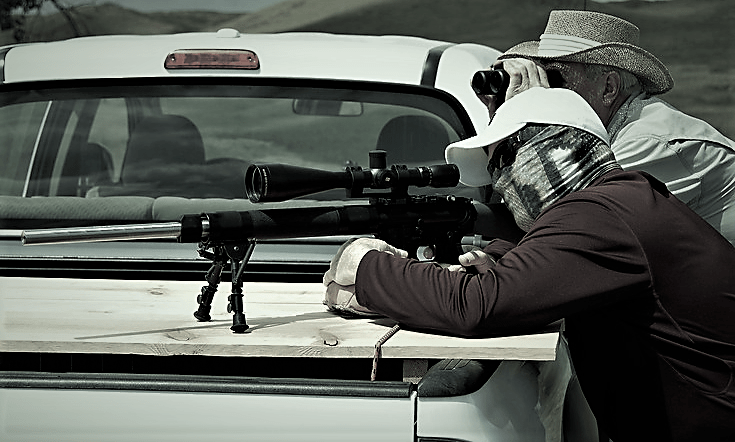 When word is received that a flash mob is forming at one of their pre-reconnoitered intersections or highway interchanges, the SAV team will assemble. Sometimes cooperating police will pass tactical intel to their civilian friends on the outside. Some clever individuals will have exploited their technical know-how and military experience to build real-time intel collection tools, such as private UAVs. Police will have access to urban security camera footage showing MUYs moving barricade materials into position—a normal prerequisite to a flash mob riot intended to stop traffic. Tip-offs to the vigilantes will be common, and where the networks are still functioning, citizens may still be able to access some video feeds. Sometimes, police will even join the SAV teams, incognito and off-duty, blurring the teams into so-called “death squads.”

The operation I will describe (and it’s only one of dozens that will be tried) uses two ordinary pickup trucks and eight fighters. Two riflemen are lying prone in the back of each truck, facing rearward, with removable canvas covers concealing their presence. Their semi-automatic, scoped rifles are supported at their front ends on bipods for very accurate shooting. A row of protective sandbags a foot high is between them and the raised tailgate.

In the cab are a driver and a spotter in the passenger seat who also serves as the vehicle’s 360-degree security. The two trucks don’t ever appear on the same stretch of road, but coordinate their movements using one-word brevity codes over small FRS walkie-talkie radios. Each truck has a series of predetermined elevated locations where the intersection in question will lie between 200 and 500 yards away. Each truck is totally nondescript and forgettable, the only detail perhaps being the non-MUY ethnicity of the suburbanite driver and spotter driving relatively near to a riot in progress.

By the time the two SAV pickup trucks arrive at their firing positions on different streets and oriented ninety degrees to one another, the flash mob riot is in full swing. A hundred or more of the rampaging youths are posturing and throwing debris into traffic in order to intimidate some cars into stopping. The riflemen in the backs of the pickups are waiting for this moment and know what to expect, trusting their spotters and drivers to give them a good firing lane. The spotters in each truck issue a code word on their radios when they are in final position. The tailgates are swung down, and the leader among the riflemen initiates the firing. All-around security is provided by the driver and spotter.

Lying prone and using their bipods for support, the shooters have five to ten degrees of pan or traverse across the entire intersection. Individual rioters are clearly visible in the shooters’ magnified optical scopes. Each of the four snipers has a plan to shoot from the outside of the mob toward the middle, driving participants into a panicked mass. The left-side shooters start on the left side and work to the middle, engaging targets with rapid fire, about one aimed shot per two seconds. Since the two trucks are set at ninety degrees to one another, very complete coverage will be obtained, even among and between the stopped vehicles.

The result is a turkey shoot. One magazine of thirty aimed shots per rifle is expended in under a minute, a coded cease-fire is called on the walkie-talkies, and the trucks drive away at the speed limit. The canvas covering the truck beds contains the shooters’ spent brass. If the trucks are attacked from medium or close range, the canvas can be thrown back and the two snipers with their semi-automatic rifles or carbines will add their firepower to that of the driver and spotter.

Back at the intersection, complete panic breaks out among the rioters as a great number of bullets have landed in human flesh. Over a score have been killed outright, and many more scream in pain for medical attention they will not receive in time. The sniper ambush stops the flash mob cold in its tracks as the uninjured flee in terror, leaving their erstwhile comrades back on the ground bleeding. The commuters trapped in their vehicles may have an opportunity to escape.

This type of sniper ambush and a hundred variations on the theme will finally accomplish what the police could not: put an end to mobs of violent rioters making the cities through-streets and highways impassible killing zones. Would-be rioters will soon understand it to be suicidal to cluster in easily visible groups and engage in mob violence, as the immediate response could come at any time in the form of aimed fire from hundreds of yards away. Even one rifleman with a scoped semi-auto can break up a medium-sized riot.

Many citizens will take to carrying rifles and carbines in their vehicles, along with their pistols, so that if their cars are trapped in an ambush they will have a chance to fight their way out. If their vehicle is stopped outside the immediate area of the flash mob, they will be able to direct accurate fire at the rioters from a few hundred yards away. Inside the fatal hundred-yard radius, unlucky suburbanite drivers and passengers pulled from their cars will still be brutally violated, but the occurrences of large mob-driven street ambushes will be much less frequent once long-range retaliation becomes a frequent expectation….

Previous post: Where wast thou when I laid the foundations of the earth? declare, if thou hast understanding.